At what point does the coronavirus crisis qualify as a “material adverse change” for City deal-making purposes? Lawrence Stroll, would-be rescuer of Aston Martin, may be asking the question right now. As things stand, he is set to pay 400p-a-pop for a 16.7% slice of the luxury carmaker, versus a market price that fell as low as 360p on Tuesday.

Life looked different when debt-laden Aston Martin unveiled its rescue proposals at the end of last month. Stroll seemed to be off to a flyer as the share price shot up to 500p on relief that the Canadian billionaire would soon be installed as executive chairman.

But the coronavirus has changed the short-term outlook for all carmakers selling into the Chinese market. Jaguar Land Rover said last week it was selling “zero” cars in the country, so it’s not surprising that Aston Martin’s shares have retreated: China is a key target for its new SUV model.

Is Stroll free to try to renegotiate the terms of his consortium’s investment, which still has “proposed” status until shareholders give approval? It’s unclear. The small print merely talked about “certain customary termination rights”.

Would Stroll wish to drive a harder bargain, though? That’s probably more relevant and, actually, there may be no reason for Aston Martin’s beleaguered board to fret. Stroll may take the long view that, when you’re planning to invest over many years, being a few million quid down at the outset matters little.

On the other hand, only 100% clarity counts in the current investment climate. Aston Martin reports full-year numbers on Thursday, which is the point at which the Stroll placing is meant to move to the next stage, paving the way for a follow-on £318m rights issue that still needs to be underwritten.

In other words, there are many elements in the rescue package and all are essential. Best to hit the accelerator.

“The magnitude of the challenge facing UK retail is significant,” declared Hammerson chief executive David Atkins. He should have reached that obvious conclusion half a decade ago, before the owner of the Bullring shopping centre in Birmingham and Brent Cross in London got drenched in the shopkeeping storm.

An earlier disposal programme might have spared his shareholders some of the misery that culminated on Tuesday with a 46% cut in next year’s dividend.

Hammerson has been flogging assets in the past year to get borrowings under control and avoid a full-blown crisis of the sort that has engulfed rival Intu, owner of Manchester’s Trafford Centre. Jolly good, but being less ugly than Intu is not much of a boast. Hammerson’s self-help measures should have come earlier.

Instead, back in 2017, Atkins and chairman David Tyler came up with the baffling idea of bidding for Intu itself. That £3.4bn deal was shot down by Hammerson’s own shareholders, who could see, even if the board couldn’t, the madness of doubling down on shopping centres.

In a different sector, the board might have walked the plank after such a humiliation but, in the comfortable world of property, life rarely works that way. Atkins has been in charge since 2009 and, even at the point at which the divi is whacked, there seems to be no pressure on him to leave. Remarkable.

The Barclays boss is in serious bother 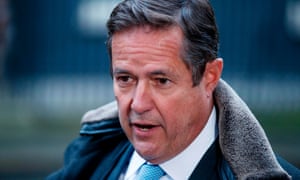 Edward Bramson, in his latest broadside at Barclays, didn’t go so far as to say chief executive Jes Staley should be fired over his links to Jeffrey Epstein, which is now the subject of a regulatory inquiry. The activist merely wants the board to “treat these matters seriously”.

Barclays chairman Nigel Higgins will rightly feel obliged to wait for the regulators’ view, but Bramson’s point about ending “the cycle of disruption” is well made. The bank needs stability and Staley looks increasingly unlikely to provide it. A gentle glide to retirement at the end of next year, which seems to be the current plan, feels too leisurely.