Dominion Voting Systems sharply criticized the election firm conducting a recount of ballots in Arizona, saying that auditors have “already committed serious errors” and “demonstrated incompetence” during the audit.

The recount, which is expected to take weeks, is being overseen by an obscure firm called Cyber Ninjas hired by Republicans in the Arizona state legislature.

The company’s CEO, Doug Logan, promoted conspiracy theories about the integrity of the 2020 election on Twitter in January, as the Arizona Republic first reported.

Dominion, an election technology company, supplied technology to a number of polling locations in Arizona and has been a target of false and convoluted right-wing conspiracy theories alleging it helped “flip” votes from then-President Donald Trump to now-President Joe Biden. 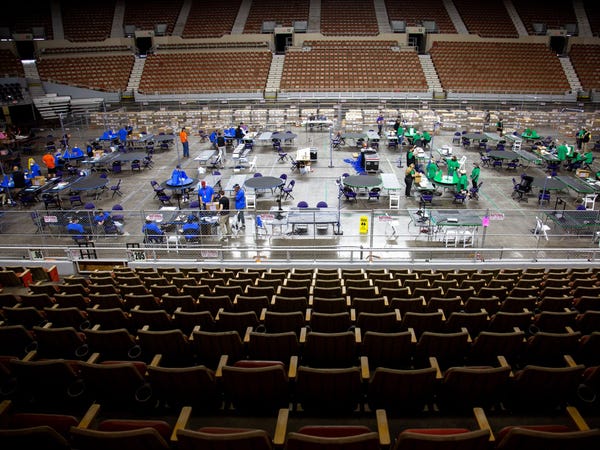 Trump has falsely claimed he was the true winner of the 2020 presidential election, including winning the state of Arizona, which he lost to Biden. His lies about the election led to the insurrection at the Capitol on January 6, when a mob of his supporters sought to stop Congress from certifying Biden’s victory.

Trump’s campaign brought two lawsuits in Arizona seeking to overturn the state’s election results, as did Arizona state GOP chair Kelli Ward, a driving force behind the Cyber Ninjas audit. The cases were among the 40 Trump-linked election lawsuits that failed.

Maricopa County, the largest county in the state and where the Republican recount is taking place, has already conducted two separate audits of its 2020 election results. Both found that the results were correct and Dominion machines had produced accurate results.

In its statement, Dominion said it had numerous security measures in place for its election machines, including creating a voter-verified paper trail for each vote, using two-factor authentication that requires a physical key, and putting measures in place to ensure the machines don’t connect to the internet. 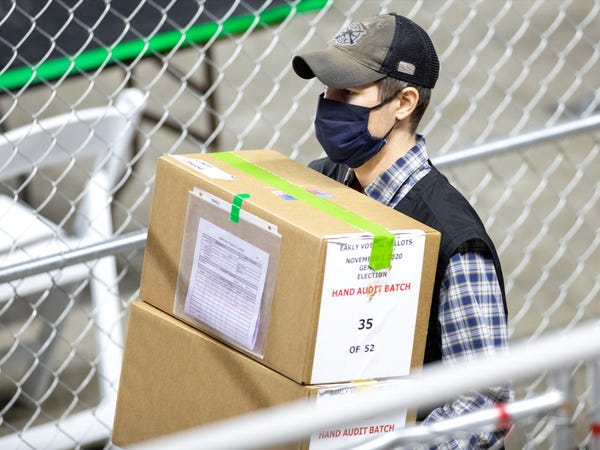 “Local election officials securely store and monitor the machines at all times,” the company said. “Thousands of poll workers, party officials, and election officials across Arizona watch over precincts on election day and guard tabulation sites in the days following.”

Cyber Ninjas’ insistence on secrecy during the recount process has alarmed independent election experts. On Wednesday afternoon, the company reportedly reached a settlement with the state’s Democratic party to offer more transparency.

Dominion has launched a raft of defamation lawsuits against individuals and companies that promoted election conspiracy theories. Its lead defamation attorney, Tom Clare, previously told Insider the company is weighing filing a lawsuit against One America News, a far-right media organization that pushed false claims about Dominion.

The media organization had quietly deleted stories about Dominion from its website even as it publicly pushed false theories, as Insider previously reported. OAN is also a force behind the recount, helping finance the venture even as Arizona Republicans named the network an independent observer of the effort.