Eating insects for the good of the planet

London (CNN Business)Nestlé is launching food for dogs and cats that includes insect proteins and other meat alternatives.

Nestlé (NSRGY) said in a statement on Thursday that it has developed a new line of pet food — Purina Beyond Nature’s Protein — that uses insect protein, millet and fava beans. One of the new recipes mixes black soldier fly larva, chicken and fava beans; a second includes chicken, pig’s liver and plant protein from millet.
Nestlé said that using insect and plant protein would help protect the planet. Bernard Meunier, a pet care executive at the Swiss company, said in a statement that the new recipes offer a “complete nutritious alternative to conventional dog and cat products, while taking care of the planet’s precious resources by diversifying the protein sources.” 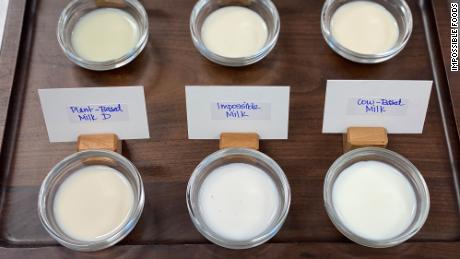 The products are slated to go on sale next month in Switzerland. According to Nestlé, its Purina brand is sold in 70 countries.
Nestlé is not the first company to turn to insect proteins in an effort to reduce its use of meat, the farming of which requires intensive use of land and water and has a significant negative environmental impact. Other brands such as Yora already offer dog food containing larvae of black soldier flies.

Simon Doherty, the former president of the British Veterinary Association, wrote last year in a blog post that “insect protein offers a more sensible alternative to owners who want to offer a ‘livestock-free’ diet to their pets.”
“Sustainability is about making better use of the resources we have,” he added.
Source: Read Full Article