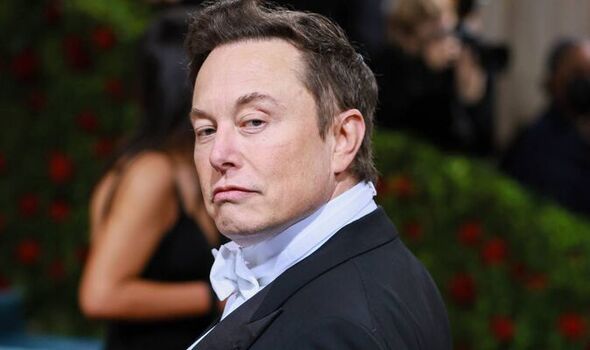 Twitter said it plans to pursue legal action to enforce the agreed sale. Legal and financial experts said the terms of his deal with the social media giant require Musk to pay a £830million ($1billion) “break-up fee” if he does not complete.

They also warned Musk that his looming courtroom showdown with the Twitter board is likely to be a protracted and “messy” fight costing millions more in legal fees.

Adam Badawi, a law professor at the University of California, yesterday said he believes both sides should opt for either a renegotiated deal or an out-of-court settlement.

He added: “This thing is so messy that it might not be worth going to court.”

Daniel Ives, an analyst at LA-based hedge fund Wedbush, claimed the deal has “never made much sense” to Wall Street.

He said it is also a “disaster scenario” for the Twitter board, “who find themselves in a twilight zone ending with their backs against a wall and everyone scratching their heads over what is next”.

Mr Ives predicted a long court fight by Twitter executives to “either restore the deal completely or get the billion dollar break-up fee”.

The stock initially zoomed after his April 25 bid but then started falling and lost another six per cent on Friday.

Musk now says he wants to walk away completely following a furious row over fake accounts.

Twitter executives claim these make up no more than five per cent of all user accounts. But Musk believes they represent as much as 20 per cent of all content on the site and claims executives have deliberately concealed data from him.

Before the tycoon’s Friday announcement that he is pulling the plug, Twitter CEO Parag Agrawal – who would be due to receive a personal payout of £35million under the terms of the buyout – reportedly said he was “willing to go to war to make this deal happen”.

After Musk’s announcement, Twitter chairman BretTaylor tweeted that the company is prepared to take Musk to court, adding: “The Twitter board is committed to closing the transaction on the price and terms agreed upon with Mr Musk and plans to pursue legal action to enforce the merger agreement. We are confident we will prevail.”

Legal teams on both sides will now prepare for a complex civil case.