Elon Musk says he expressed 'concerns' over Ye's antisemitic tweet: 'I think he took it to heart'

Kanye West speaks to Gap executives about his mission: ‘This is Sparta’

Elon Musk is voicing his concerns over Ye's antisemitic tweet.

"Talked to ye today & expressed my concerns about his recent tweet, which I think he took to heart," the Tesla founder wrote.

Ye was locked out of his Twitter account after sharing: "I'm a bit sleepy tonight but when I wake up I'm going death con 3 On JEWISH PEOPLE The funny thing is I actually can't be Anti Semitic because black people are actually Jew also You guys have toyed with me and tried to black ball anyone whoever opposes your agenda."

The Tesla founder's statement was a follow-up to a post which had initially welcomed the rapper back to the social media platform. 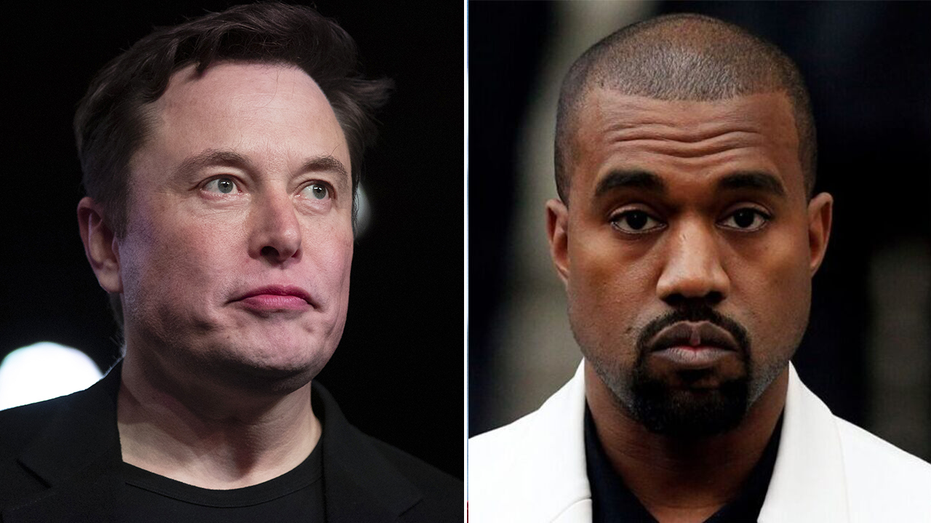 "Welcome back to Twitter, my friend," Musk wrote on Saturday in response to a photo Ye shared with Mark Zuckerberg, who founded Facebook and is now the CEO of Meta, the company which also runs Instagram. "Look at this Mark," West initially wrote. "How you gone kick me off Instagram?"

Ye was reportedly banned from the platform for the use of alleged antisemitic language during an exchange with Diddy. The musicians sparked a public discourse after Ye wore a "White Lives Matter" T-shirt at a fashion show in Paris.

Ye has faced heavy criticism for his tweet as Sarah Silverman and Jamie Lee Curtis led Hollywood stars speaking out against the since-deleted post.

"Kanye threatened the Jews yesterday on twitter and it’s not even trending," Silverman tweeted on Sunday afternoon. "Why do mostly only Jews speak up against Jewish hate? The silence is so loud."

Curtis shared his tweet with her fans as she pleaded with Ye to stop his harmful rhetoric.

"The holiest day in Judaism was last week," Curtis shared with her millions of followers. "A threat to Jewish people ended once in a genocide.

"Your words hurt and incite violence. You are a father. Please stop."

"Ye’s recent statements about the Jewish community are hurtful, offensive, and wrong," they shared. "They perpetuate stereotypes that have been the basis for discrimination and violence against Jews for thousands of years. Words like this tear at the fabric of the Black-Jewish relationship."