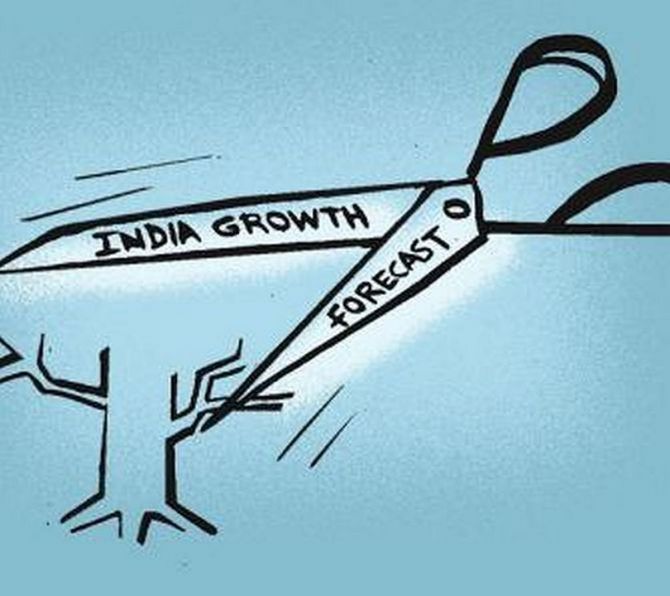 Varma, in an interview to PTI, said that inflation and inflationary expectations appear to be moderating and high inflation will certainly not become the ‘norm’ in the country.

He is cautiously optimistic about the Indian economy as after the pandemic abated, consumption demand has begun to recover though the recovery is uneven across sectors and industries.

“Capacity utilisation has been inching up, and is now approaching levels at which business will have to seriously consider capital expenditure for expansion,” Varma added.

He further noted that the MPC is determined to bring inflation down close to the target rate of 4 per cent as quickly as possible without imposing intolerable costs in terms of economic growth.

“I would like to emphasise that high inflation will certainly not become the norm in India,” he said.

The Reserve Bank in its latest MPC meeting in August had decided to increase the benchmark lending rate by 50 basis points to 5.40 per cent to quell inflation.

The central bank has been tasked by the government to ensure that retail inflation remains within the range of 2-6 per cent.

“Finally, inflation and inflationary expectations appear to be moderating (both in India and globally) and this would reduce one of the major headwinds for the Indian economy,” Varma noted.

Retail inflation based on Consumer Price Index (CPI) eased to 6.71 per cent in July but remained above RBI’s tolerance level for the seventh month in a row.

The Reserve Bank had projected retail inflation to average 6.7 per cent in 2022-23.

Turning to the negative side, he observed that in the current global environment, exports might not be as buoyant as they were in the past and said while India is not an export-driven economy, an export slowdown would be a drag on growth, if it is sustained.

“The biggest risk to the growth outlook is that of an escalation of geopolitical tensions especially if these tensions spread to the Asian region,” he said.

Russia started its military offensive against Ukraine on February 24.

Western nations, including the US, have imposed major economic and other sanctions on Russia following the aggression.

Noting that inflation has already peaked, Varma said Inflation would be above the target for several quarters, but there is reason to believe that the worst is over, unless the world is confronted by another unforeseen global shock.

On the other hand, he said any adverse shocks to economic growth (domestic or global) could cause a steeper decline in inflation than is currently expected.

He said in the last three years, India’s inflation targeting regime was confronted with two shocks in rapid succession — the pandemic (which was an unprecedented growth shock) and the Ukraine war (which has caused a global inflation shock).

“By helping maintain credibility of monetary policy, the inflation targeting regime proved its worth in confronting both these shocks,” Varma, currently a professor of Indian Institute of Management (Ahmedabad) said.

According to him, transitioning rapidly from a growth shock to an inflation shock was a severe and unexpected challenge.

“It is true that inflation has stayed above the upper tolerance band for too long, and this would have to be addressed in the ensuing months.” he opined.

According to the International Monetary Fund, the Indian economy is forecast to expand at 7.4 per cent in 2022-23, making it one of the world’s fastest growing economies.

Replying to a question on weakening of the Indian rupee, the eminent economist said exchange rate movements are driven by multiple forces of which inflation is only one.

Varma pointed out that over the last several decades, Indian inflation has tended to be above global levels, and during this period India has witnessed periodic episodes of currency depreciation that serve to reverse the loss of competitiveness arising from the cumulative inflation differential.

“Viewed in this light, the recent weakening of the rupee is not a cause for alarm,” he said.