This year, the monsoon was above normal in almost all parts, except in North-West India, which comprises the major grain producing states of Uttar Pradesh, Punjab, Haryana, Rajasthan, along with states such as Himachal Pradesh, the NCR, Uttarakhand, and J&K. 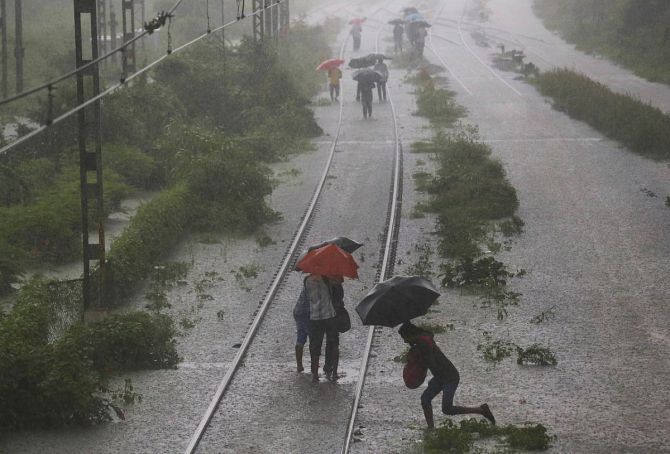 The 2020 southwest monsoon season recorded 9 per cent more rainfall than the normal, which makes it the second consecutive year of above-normal rainfall, a feat that has occurred for the first time in almost 60 years.

In 2019, the southwest monsoon was 10 per cent more than normal.

The last time India had two consecutive years of above normal rainfall was in 1958 and 1959.

This year, the monsoon was above normal in almost all parts, except in North-West India, which comprises the major grain producing states of Uttar Pradesh, Punjab, Haryana, Rajasthan, along with states such as Himachal Pradesh, the National Capital of Delhi, Uttarakhand, and Jammu and Kashmir.

The monsoon was normal in around 75 per cent of the 685 districts in the country, and deficient and below normal in the rest.

Most of the districts that received deficient or below normal rainfall were in UP, Punjab, Haryana, Rajasthan and other northern states.

The drought-prone regions of Saurashtra and Kutch recorded the highest rainfall in the last one decade (an excess of 126 per cent), while western UP was the most parched sub-division, with 37 per cent deficit, the lowest over the past five years.

Of the 36 meteorological sub-divisions, only five received deficient rainfall while the rest received normal rains.

The southwest monsoon this year was 17 per cent above normal in June, while it was 10 per cent below normal in July.

However, the rains recovered sharply and the cumulative rainfall was 27 per cent above normal in August, which was the rainiest August since 1926.

Thereafter, in September, the rains again went on a long break in the initial period, before staging a sharp recovery at the end, recording 5 per cent more rainfall than normal.

In total, the country received 957.6 millimeters of rainfall, 9 per cent more than the Long Period Average (LPA), which is around 880.6 millimeters for the four-month southwest monsoon season.

The monsoon entered India on the dot on June 1 (the last time this happened was in 2013) and covered the entire country by June 26, almost 12 days ahead of schedule.

The good progress and spread this year has spurred sowing of kharif crops, which had reached an all-time high of over 111 million hectares, with oilseeds and paddy leading the way.

As a result, the kharif foodgrain harvest in 2020-21 is expected to over 144 million tonnes, a record.

Production of oilseeds and pulses is also expected to be much higher than last year.