For coach Juwan Howard, experience in NBA boosted him to early success at Michigan

Erik Spoelstra and the Miami Heat began recruiting Juwan Howard two years before he retired, when an NBA career that began as a top-five pick and potential franchise cornerstone had matured into a role deep down the bench on a team defined by the next generation of NBA superstars.

By that point, he'd become an irreplaceable cog for a group poised to claim back-to-back championships not through his prowess as a scorer or rebounder but for his off-the-court impact: Howard was a veteran leader in the locker room, a gifted communicator able to translate nuances of the game and share his career experiences with a younger cast, and one of the most respected elder statesmen in the league nearly two decades after being drafted out of Michigan by the then-Washington Bullets.

"We knew a lot of different franchises, places that he’d played, would come after him," Spoelstra told USA TODAY Sports. "So we recruited the heck out of him, and really kind of started planting the seed that he should start thinking about coaching. And I didn’t know whether he would or not bite on that."

Twice pegged for NBA stardom, first as a player and then a coach, Howard's career has instead taken him back to Michigan, where in his second season as head coach the Wolverines enter the NCAA Tournament as the top seed in the East Region and a strong contender for the Final Four. Michigan begins tournament play Saturday against No. 16 Texas Southern (3 p.m. ET, CBS).

"Each level I’ve competed on, I’ve always had success," said Howard, a member of the Fab Five team at Michigan that went to back-to-back Final Fours.

To buck the trend of underwhelming results among NBA coaches transitioning to the college game and overcome his own lack of head coach experience, Howard has leaned on the same qualities that made him a valued backup and assistant: the ability to lead, to connect and to coalesce a larger group around a singular goal — whether an NBA championship, a Big Ten championship or a national championship.

"I think he’s like a five-tool coaching talent," Spoelstra said. "He’s got leadership qualities, he has immense basketball experience from a long career playing under Hall of Fame coaches, he has a work ethic to get better at the craft of coaching and I think he has the personality that can really connect with recruiting." 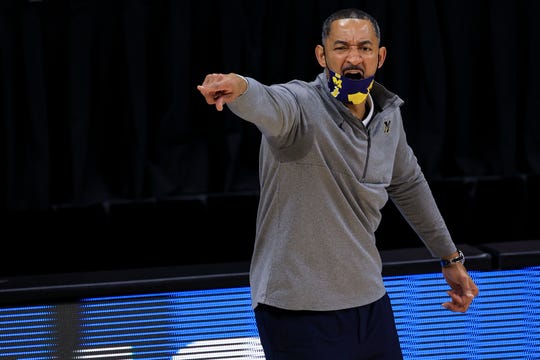