He was 84 and had been under treatment for lung cancer. His death was unrelated to the novel coronavirus, his family said.

His quirky style served him well as the CEO of Aluminum Co. of America, or Alcoa, where he oversaw huge increases in profits and improvements in safety standards. Those traits worked less well when he was Treasury secretary during Mr. Bush's first term in 2001 and 2002. After a rocky 23 months, President Bush fired him in December 2002. His apparent offense: straying from the president's tax-cutting message.

As a CEO, he preferred to talk about worker safety rather than earnings goals and gave up his office to work from a standard cubicle. As Treasury secretary, he wanted to make tax cuts conditional on targets for limiting federal debt. He also wanted more aggressive measures to counter global warming. Those positions put him at odds with Mr. Bush and some of his closest political advisers.

Mr. O'Neill loved to delve into the minutiae of policy initiatives and hash out the pros and cons with people of all political stripes. A lifelong pragmatist, he loathed ideologies. He was confident he could figure out a better way to manage almost anything — and appalled that others didn't always heed his advice.

He once described Wall Street traders as "people who sit in front of a flickering giant screen" and speculate on markets. "I don't know how to do that," he said, but "I probably could learn in about a couple of weeks."

Paul Henry O'Neill was born Dec. 4, 1935, in St. Louis. His father, who had a career in the U.S. Army, used the name John P. O'Neill and told the family he was born in Scotland and had lost track of his family. Long after his father's death, research by Paul O'Neill unearthed startling news: His father was born Piet Kalfsterman and grew up in the Netherlands before emigrating to the U.S. via Canada. Mr. O'Neill didn't know why his father had misled the family about his origins.

As his father's Army career shifted him around the country, the family lived in Illinois, Hawaii, New Mexico and Alaska. Paul's teenage jobs included delivering newspapers and working as a convenience-store clerk.

After graduating from high school in Anchorage, Alaska, he chose Fresno State because he had relatives living nearby. Uninspired by his early studies there, he dropped out to work in Alaska, first doing survey work on a highway-construction crew and later supervising construction of communications towers for a military network. During this break from college, he married Nancy Jo Wolfe, whom he had met in high school.

He returned to Fresno State and in 1960 received a bachelor's degree in economics before starting work on a doctoral degree at Claremont Graduate University. At the suggestion of a classmate, he took an examination for people seeking federal government internships. He aced the test and in 1961 went to work for the Veterans Administration in Washington, where he became a computer expert responsible for setting up systems to help manage the agency.

After taking a year to earn a master's degree in public administration at Indiana University, he moved in 1967 to the Bureau of the Budget, later the Office of Management and Budget, or OMB. His early assignments there included analyzing the costs and benefits of federal health-care programs. He rose to deputy director of the OMB under President Gerald Ford.

At the end of the Ford administration in January 1977, he was eager to increase his income to pay for the education of his four children. He didn't want to become a lobbyist, or "bloodsucker of the government," as he put it in a December 2018 interview for this obituary. After reviewing offers from think tanks and consulting firms, he joined International Paper Co. as vice president of strategic planning in 1977.

When he arrived at the New York-based forestry-products giant, he found the planning documents were "utter garbage" and set about beefing them up, partly with data on competitors gleaned from obscure government filings. 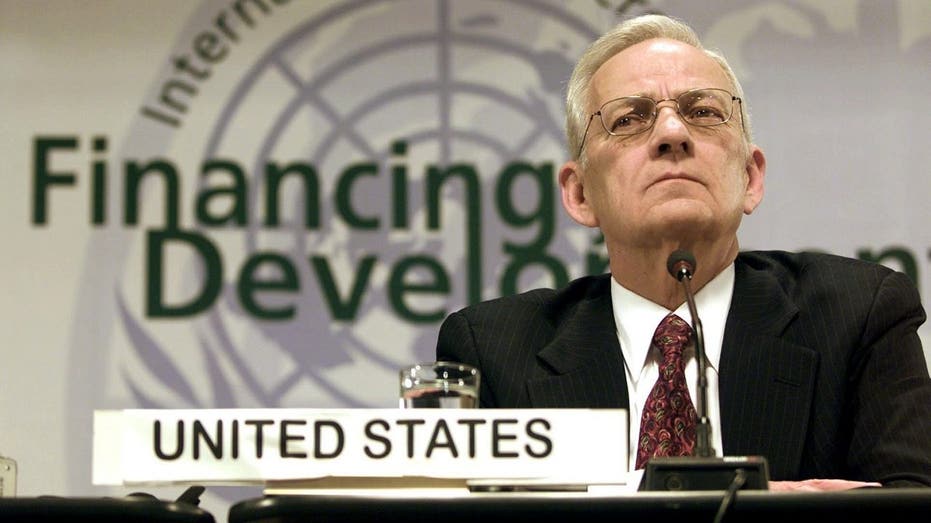 After joining Pittsburgh-based Alcoa as CEO in 1987, he shocked Wall Street analysts by putting the main emphasis on worker safety in his first meeting with them. His idea was that improving safety was the right thing to do and would win him support from workers. By encouraging Alcoa veterans to rethink the way they did things, he reasoned, the safety drive also would improve efficiency. In 1998, he reported that workdays lost to accidents at Alcoa were down 80% from 1987.

He helped design a new riverside headquarters for Alcoa, banishing offices with doors and featuring common spaces to promote unplanned encounters. "The lawyers hated it," he told the New York Times.

As Treasury secretary, he invited the rock singer and activist Bono along with him on a tour of Africa including stops in Uganda and South Africa. (Mr. O'Neill later recalled that Bono wasn't famous everywhere in Africa and sometimes had to be introduced by the gray-haired Treasury secretary.) The trip spurred his interest in finding sustainable ways to provide clean water to more Africans — a cause he tried in vain to sell to the Bush administration. After he was fired, he continued to pursue that goal by working with nongovernmental bodies.

He also volunteered in his later years as a consultant to health-care providers on how they could improve their workplace safety records and reduce medical errors leading to infections and other potentially fatal risks for patients. He found some interest from health-care professionals but little follow-through on his recommendations.

Mr. O'Neill is survived by his wife, four children, 12 grandchildren and 15 great-grandchildren.

Despite his clashes with Vice President Dick Cheney and others in the Bush administration — described in "The Price of Loyalty," a 2004 book by Ron Suskind — Mr. O'Neill said he didn't regret accepting the job of Treasury secretary. It was a learning experience: Mr. O'Neill said he had been used to operating on the basis of facts and evidence. "I didn't know there were other people who thought that wasn't necessary or even desirable," he said.