GE changed our lives. Why is it struggling?

GE (GE) employed 313,000 people around the world at the end of 2017, the final year Jeff Immelt led the light bulb and jet engine maker. By the end of last year, that figure plunged to just 205,000, GE said in filings Monday.
That sharp decline of 108,000, roughly a third of GE employees, is close to the entire workforce of Caterpillar (CAT), or the headcounts of Morgan Stanley (MS) and Facebook (FB), combined .

The diminished footprint reflects efforts by Immelt’s successors to revive the embattled company by rapidly selling off long-held businesses. GE spun off its century-old railroad division, sold commercial LED maker Current and divorced itself from oil-and-gas giant Baker Hughes (BKR). Tens of thousands of jobs went with those companies as part of GE’s dismantling. 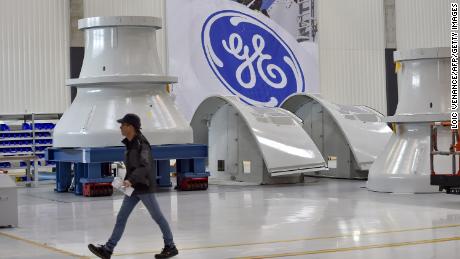 At the same time, GE has handed out thousands of pink slips in its bleeding power division, which is hurting from heavy exposure to fossil fuels.

The moves may be painful for longtime GE employees, but analysts say the slimming down is imperative to revive the notoriously complex conglomerate.
“It was too big. It was unmanageable. And that allowed huge problems to fester,” said Jack De Gan, chief investment officer at Harbor Advisory, a firm that owned GE shares for two decades until 2017.

Still, GE’s workforce has been pared down massively over the decades. Today GE employs fewer people than at any point since the post World War II boom, according to The Wall Street Journal. In 1969, the company’s headcount stood at more than 400,000, the paper said.
The writing was on the wall for GE’s recent drop in headcount when Larry Culp took over as CEO in the fall of 2018. He promised to repair the company’s debt-riddled balance sheet by rapidly selling off businesses.
GE’s headcount has fallen by 78,000 since the end of 2018. That includes a drop of 27,000 inside the United States. A GE spokesperson said the vast majority of that decline is because of asset sales and other transactions.
For instance, the sale of GE’s railroad division to Wabtec (WBC) led to a 9,400-person decline in the company’s headcount. Those jobs didn’t disappear, they just moved to Wabtec.
Likewise, last year GE sold its majority stake in Baker Hughes to the public. That caused 65,800 fewer jobs to be counted in GE’s headcount.
“Looking back at 2019, I hope you see a GE that diligently addressed its most pressing issues with grit and reset its foundation to drive long-term profitable growth,” Culp wrote in a letter to shareholders Monday. “I am proud of the progress our team made together, especially in how we operate.”
Culp, the well-respected former CEO of manufacturer Danaher (DHR), promised Wall Street when he became CEO that he would get GE’s costs under control, especially at its headquarters.
“Danaher was always known as a company that found a way to do more with less,” said Scott Davis, CEO and lead analyst at Melius Research.

By contrast, longtime GE boss Immelt has been criticized for, among other things, allowing the company to balloon. GE’s various divisions built up layers and layers of management.
“Headcount can really get out of control. That’s exactly what happened in the Jeff Immelt era. He was almost a serial hirer,” said Davis.
Immelt stepped down in the summer of July 2017 after 16 years at the helm. He was replaced by GE veteran John Flannery, who was removed after barely a year on the job.
Davis said the bloating of GE was on full display at an investor presentation the analyst attended three years ago in the Middle East. While other companies pitching investors at the event brought two or three executives, he said GE rolled in with 35. 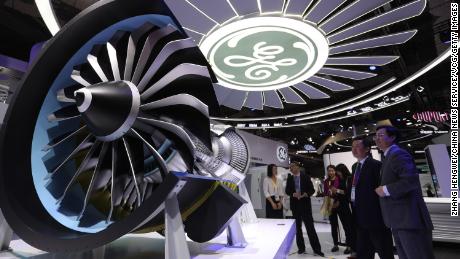 “We couldn’t believe it. It was bizarre — and so typical of the GE of that era,” he said.
After years of crisis, GE appears to be getting back on track. Its stock price has doubled from the late 2018 lows. Free cash flow is on the mend. And fears of financial problems at the company have faded.

Yet GE’s headcount could still go lower as Culp continues to remake the company.
“It was 100% necessary. And I doubt it’s done,” said Davis.
Source: Read Full Article