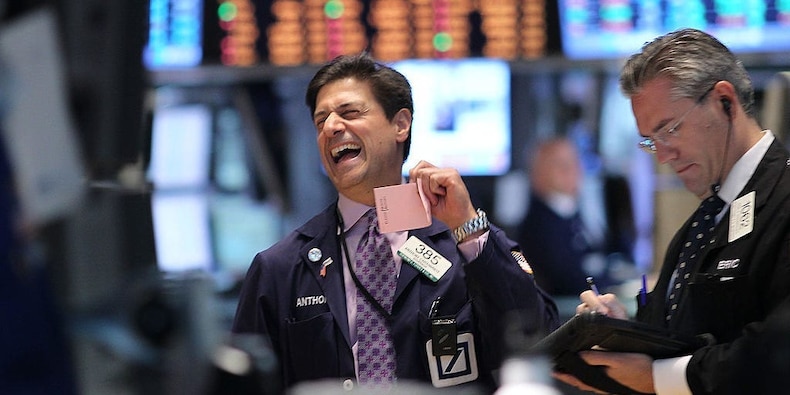 Global stocks traded near record highs on Friday, as traders and investors remained optimistic about USemployment data due later in the day. Initial jobless claims in the US fell in the latest week to a post-COVID 19 low point, further underscoring the resilience of the economic recovery.

“Our US economists are looking for strong nonfarm payrolls growth of +1.275 million, and a decline in the unemployment rate to a post-pandemic low of 5.7%,” Jim Reid, research strategist at Deutsche Bank wrote ahead of the US job data release. “Though of course, even job growth at that level would still leave the total number of nonfarm payrolls more than 7 million beneath the pre-Covid peak,” he pointed out.

Dow Jones, Nasdaq and S&P 500 futures were flat on Friday morning after the S&P closed just below a record high on Thursday and the Nasdaq made gains after its longest series of daily losses since October.

US 10-year bond yields inched higher and were last at 1.575% ahead of the jobs data release.

European equities rose after the Bank of England revised its economic growth forecasts upwards the previous day and confirmed that it would maintain its current monetary policies, and following strong regional trade and manufacturing activity data.

“The dilemma investors are facing right now is that while strong US economic data is positive news, the accelerating growth is increasing the risk of an overheating economy and the Federal Reserve being forced to hike rates early,” Milan Cutkovic, market analyst at Axi said.

Chinese trade data showed a jump in exports in April that pushed the country’s trade surplus to $42.86 billion, a 32.3% year on year increase. This comfortably beat the expected surplus of $28.1 billion.

A separate survey showed that China’s service industry performed strongly in April, as the Caixin Services PMI rose to 56.30. Analysts had expected 54.2. A reading of 50 separates growth from contraction.

“It indicated that the directional of travel for China’s domestic recovery continues in the right direction. It has also dampened any negative feedback on the tense geopolitical front between China, and seemingly, the rest of the entire planet this week.”, Jeffrey Halley, senior markets analyst at OANDA, said.

Commodities continued to soar, as rising demand was reflected in global trade data, with copper reaching its highest in at least a decade. WTI and Brent crude oil futures were flat on Friday morning, trading at $64.67 and $68.09 per barrel, respectively.