New York (CNN Business)European olives, chocolate, gin and beer made with malt are among the latest products that could be hit with steep tariffs as part of a US-European dispute over government subsidies to aircraft makers.

The US Trade Representative announced a list of 30 total products that could be subjected to new tariffs, noting the United States imports about $3.1 billion of these goods annually from Europe.
The United States already levied 15% to 25% tariffs on $7.5 billion worth of other European goods as part of this dispute. The new items could be hit with tariffs of as much as 100%, according to the notice.

The World Trade Organization has already sided with the United States in the dispute, which goes back to 2004. The WTO concluded in 2018 that the European Union helped Airbus (EADSF) with unfair subsidies that hurt sales of US-based Boeing’s wide-body jets.
That decision opened the way for the United States to put tariffs on European goods.

The WTO also found that Boeing (BA) had received improper tax breaks from Washington state. The state removed the tax breaks earlier this year, but the European Union is still threatening to put tariffs on US goods in response to the earlier ruling.
Now, with the announcement of the new tariffs, the agency will start to hear comments from those who will be affected. Beyond the food and beverage items, most of the 30 items on the list are business tools such as metal stamping and punching equipment.

Tariffs are typically paid by American consumers if the exporter does not pay the cost of the tax itself. 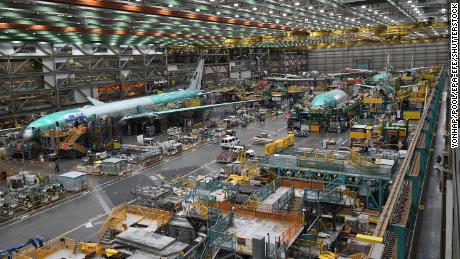 The latest in the fight over government support for Boeing and Airbus comes as the two aircraft makers are facing a sharp drop in demand for their planes because of the drop in demand for air travel and the grounding of much of the world’s passenger jets caused by the Covid-19 pandemic. Both have cut their production rates, and Boeing has announced plans to cut 16,000 US jobs.
Source: Read Full Article