A top Wall Street banker is being accused of bizarre double-dealing at a California tech firm where he serves as a board member.

Scott Adelson, co-president of the prominent investment bank Houlihan Lokey, allegedly leaked information to the would-be acquirer of QAD Inc. — a publicly traded software firm based in Santa Barbara, Calif. — even as he secretly entered a deal to buy a private jet with the company’s CEO, according to an explosive lawsuit.

Despite the fact that Adelson was serving as an independent director of QAD Inc., the financier was allegedly ferrying information to Thoma Bravo, a giant private equity fund that bid $2 billion in late June to take the software company private, according to the little-noticed lawsuit, which was filed this month in Delaware by a hedge fund that’s looking to stop the deal.

Adelson served on a special committee to evaluate offers to purchase the company, which makes software for manufacturers. Instead of looking out for all shareholders, Adelson was guarding the interests of QAD co-founder Pamela Lopker, the suit claims.

In June, a day after Thoma Bravo presented an offer for QAD — an offer that had been increased from its original price — Adelson signed a letter of intent to buy a plane with Lopker for $4 million, according to the suit. Adelson allegedly agreed with Lopker to keep the purchase "our secret," according to the suit filed by Nantahala Capital, a hedge fund with a 5-percent stake in QAD. 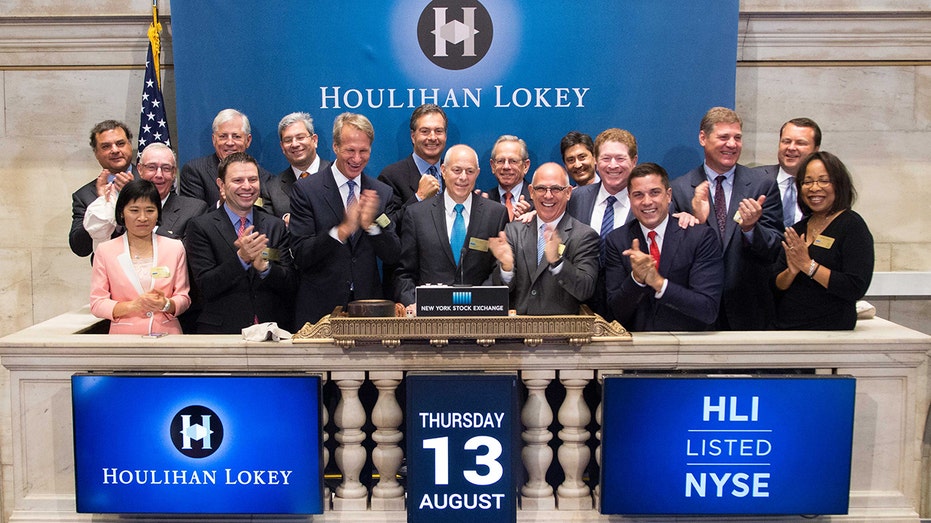 A top Wall Street banker is being accused of bizarre double-dealing at a California tech firm where he serves as a board member.. (Photo by Alyssa Ringler/NYSE via Getty Images)

Around the time of the deal to purchase the plane, Adelson, who had been on QAD’s board since 2006, allegedly said in a message to Lopker "how happy I am that we are partners in this," according to documents produced for the suit. Adelson didn’t reply to a request for comment. Houlihan declined to comment.

The claims came after Nantahala, according to legal filings, got permission from a Delaware Chancery Court judge to hold depositions and conduct expedited discovery — somewhat rare in merger lawsuits, sources said.

Nantahala uncovered the alleged plane purchase when deposing company founder Lopker, according to court filings. Lopker and her husband, who died in 2018, have had control over QAD since 2010 when the company’s stock was split. QAD didn’t respond to a request for comment.

"There is no way Pam should be buying a plane with the head of the independent special committee," a source familiar with the matter told The Post.

The alleged purchase of the plane wasn’t disclosed in the proxy statement to QAD shareholders that asked them to approve the $2 billion purchase offer from Thoma Bravo.

Shareholders also weren’t told that Adelson, supposedly an independent QAD director, allegedly had been "leaking" information to Thoma Bravo that helped the hedge fund structure a deal that was favorable to Lopker, according to the suit. Thoma Bravo didn’t respond to a request for comment.

Meanwhile, according to the suit, Adelson in February had flagged to Paul Zuber, a Thoma Bravo partner, that QAD would be on the market before the special committee had even been formed. Zuber also is on the board of Houlihan Lokey.

"Adelson was not authorized to speak to bidders and never disclosed to the special committee that he was providing information to Thoma Bravo," according to the suit, which claims Adelson was doing so throughout the sale process.

The sale was arranged so QAD founder Lopker would get $1 billion for her stake in the company — and was structured so some of her stock holdings could be rolled back into the newly formed private company to defer paying taxes, according to the suit.

Because of that structure, other shareholders like Nantahala Capital won’t get the best deal for the shares of QAD they own, the suit alleges. They also won’t get to participate in any upside if the company were to grow substantially or be sold again — unlike Lopker, who could benefit because she’d be granted a stake in the new company, the suit alleges.

Douglas Chia, president of Soundboard Governance, said the allegations in the suit were eyebrow-raising. "I think the plane would definitely be of concern to the judge," said Chia, who has no involvement in the case. As far as leaking information to a potential buyer: "If true, that’s very problematic."

Judge Paul Fiorvanti Jr. will hold an Oct. 1 hearing to decide whether to approve an injunction to stop the deal.

Adelson has spent 25 years at Houlihan representing clients including Wolfgang Puck and equipment maker Callaway Golf. He handles most corporate responsibilities, and specifically is the caretaker of Houlihan’s brand image, according to an alumni profile on the website of the University of Southern California.