‘Into The Woods’ Broadway Review: Treats Galore In A Magical Production

Even in a second- or third-rate production, Into the Woods is delightful, big and lovable and accessible and loaded with some of Stephen Sondheim’s most gorgeous and endearing songs.

In a top-flight production, the 1986 musical is transcendent. And make no mistake: Whatever else this summer will be remembered for, we can say this: New Yorkers and visitors to this city currently have a chance to witness the transcendence of a musical theater masterpiece.

Originally staged at New York City Center Encores!, Lear deBessonet’s magnificent, starry Into The Woods all but demanded a Broadway transfer, with sold-out crowds packing City Center and those left out wanting in. Last week at a Broadway preview, the audience was so stoked for this show and this cast that a loud and prolonged cacophony of applause greeted the rise of the curtain. Clearly, this Into The Woods preceded itself. 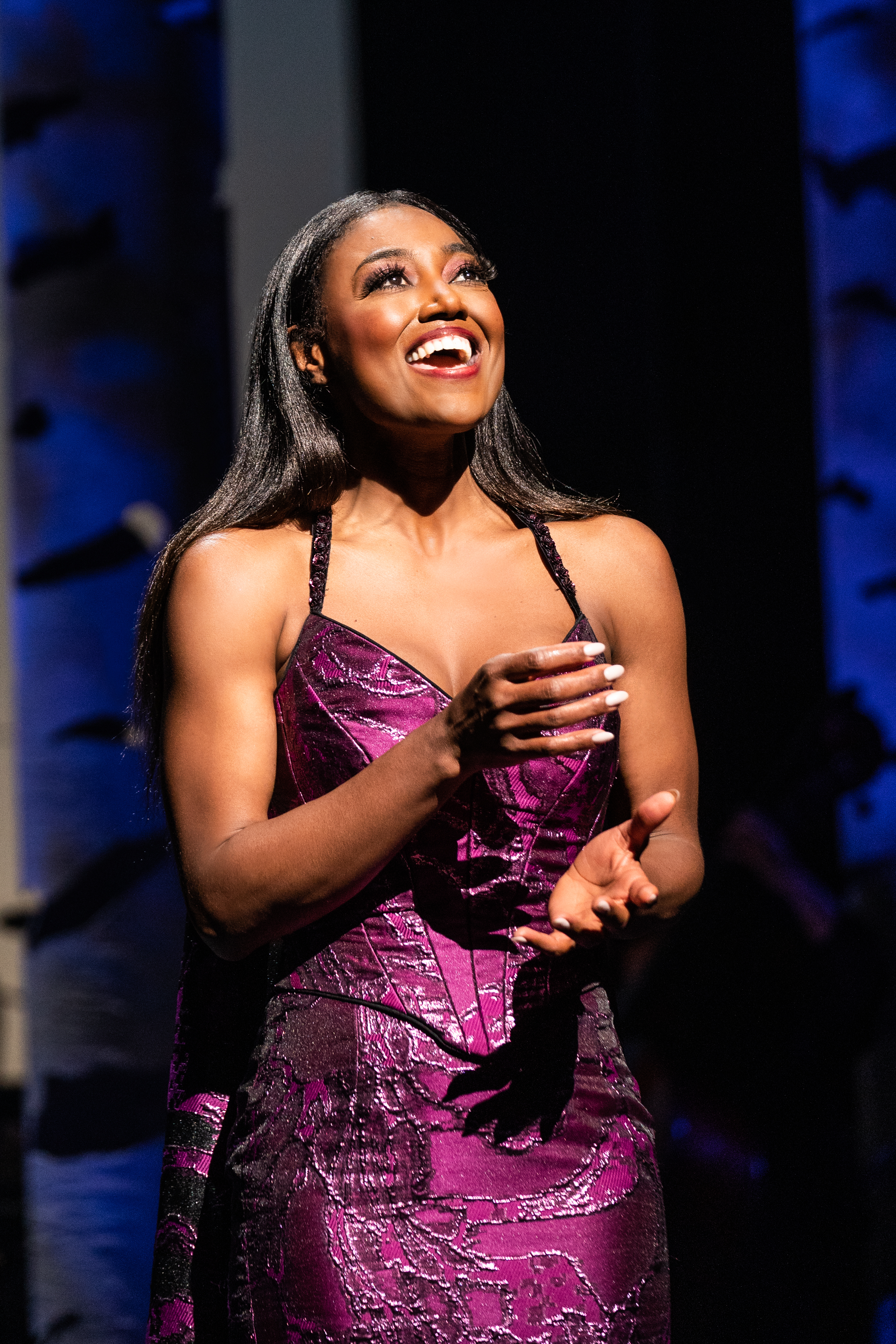 To say it delivers on its promise is an understatement. A cast as fine as any on Broadway this year – Sara Bareilles, Brian D’Arcy James, Patina Miller, Phillipa Soo, Gavin Creel, Joshua Henry (and that’s just for starters) – musical direction and orchestrations that bathe some of Sondheim’s most breathtaking pieces of music in arrangements and execution that can’t be improved upon, a warm, lovely lighting design that envelops the stage and soothes the audience as if leading us down a wooded path where things might not always be so nice, well, this Into The Woods has us at its every beck and call. Resistance is futile.

Anyone who has seen a production of this musical knows the gist, knows the classic songs – even Rob Marshall’s 2014 ho-hum film version couldn’t entirely rob the piece of its charms – but unless you’ve memorized the wonderful 1991 PBS American Playhouse film adaptation of the original Broadway cast you just might have forgotten how absolutely funny is James LaPine’s exquisite book. In fact, even if you remember all too well, this cast and director still have a thing or two to show you: With a lickety-split pace and a cast that, to a person, matches glorious vocal performances with comedic delivery that even the best comics would envy, Into The Woods is a gift that keeps on giving: You think you’ve seen its best with, say, Gavin Creel, as a big bad louche wolf lasciviously crooning “Hello, Little Girl,” but then comes Miller, as the Witch, unfolding a heartrending “Stay With Me” – a note-perfect rendering of the greatest parents’ lament outside Fiddler‘s “Sunrise/Sunset.” 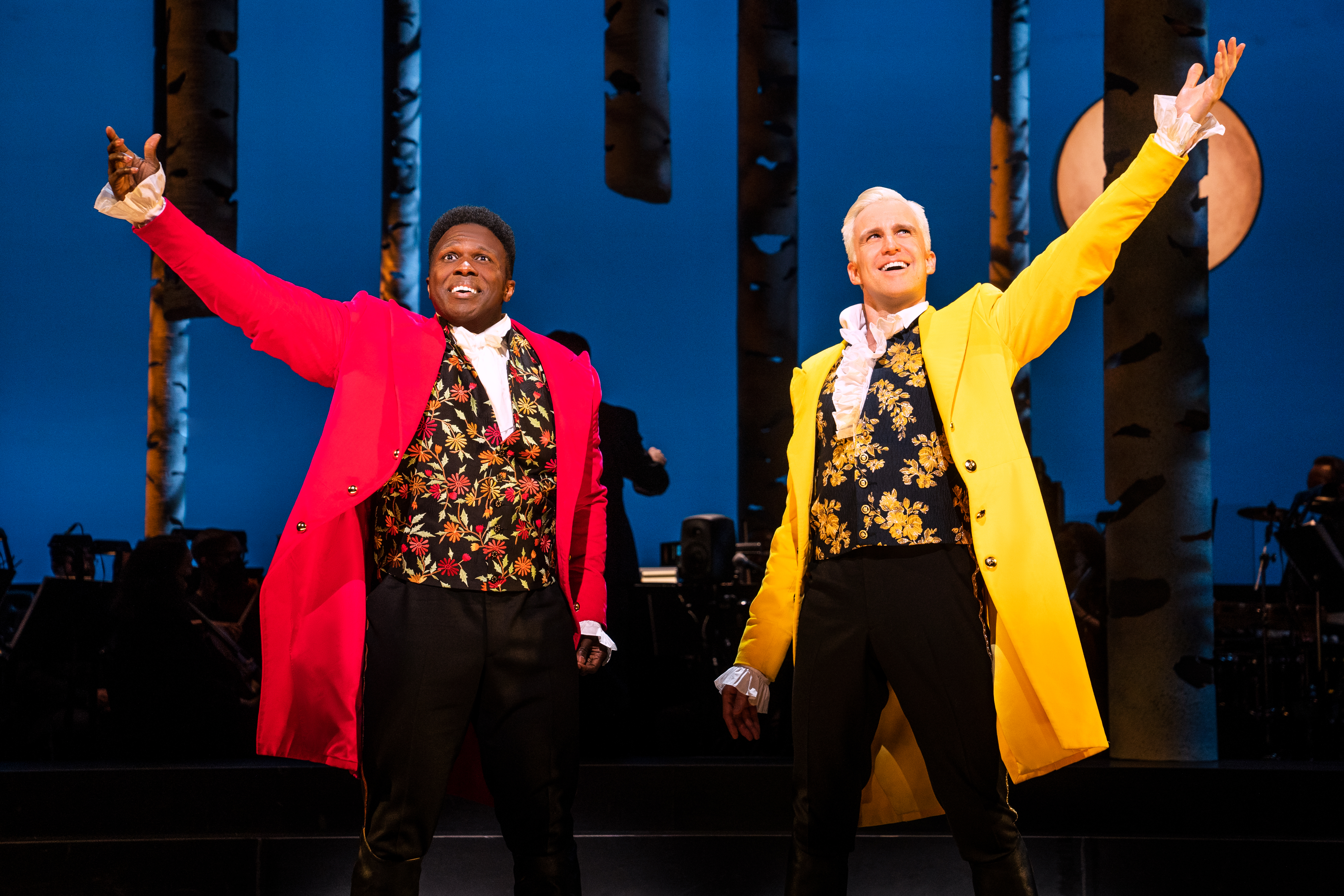 And all that’s before we reach the happy ending – of Act I. The second half of Into The Woods, of course, shows what happens after the happily ever afters, when bills come due and darkness reasserts itself. Here is where the musical truly finds it power, where Sondheim and Lapine remind us that bitter follows sweet, and that in the realm of art either taste can be as profoundly moving and rich as the other.

Act II is where the strings of Act I begin to tighten into nooses. Here in the fairy tale woods, the Baker (Brian D’Arcy James ) and his wife (Sara Bareilles) finally have the baby that cost them only one red cape (never mind that it had belonged to a skipping little girl with a sick grandmother), a white cow (who was the beloved friend of a boy who had a knack for angering giants), a braid of yellow hair (from an imprisoned daughter of a witch) and a gold slipper (from a poor commoner who was much happier before she found her prince). 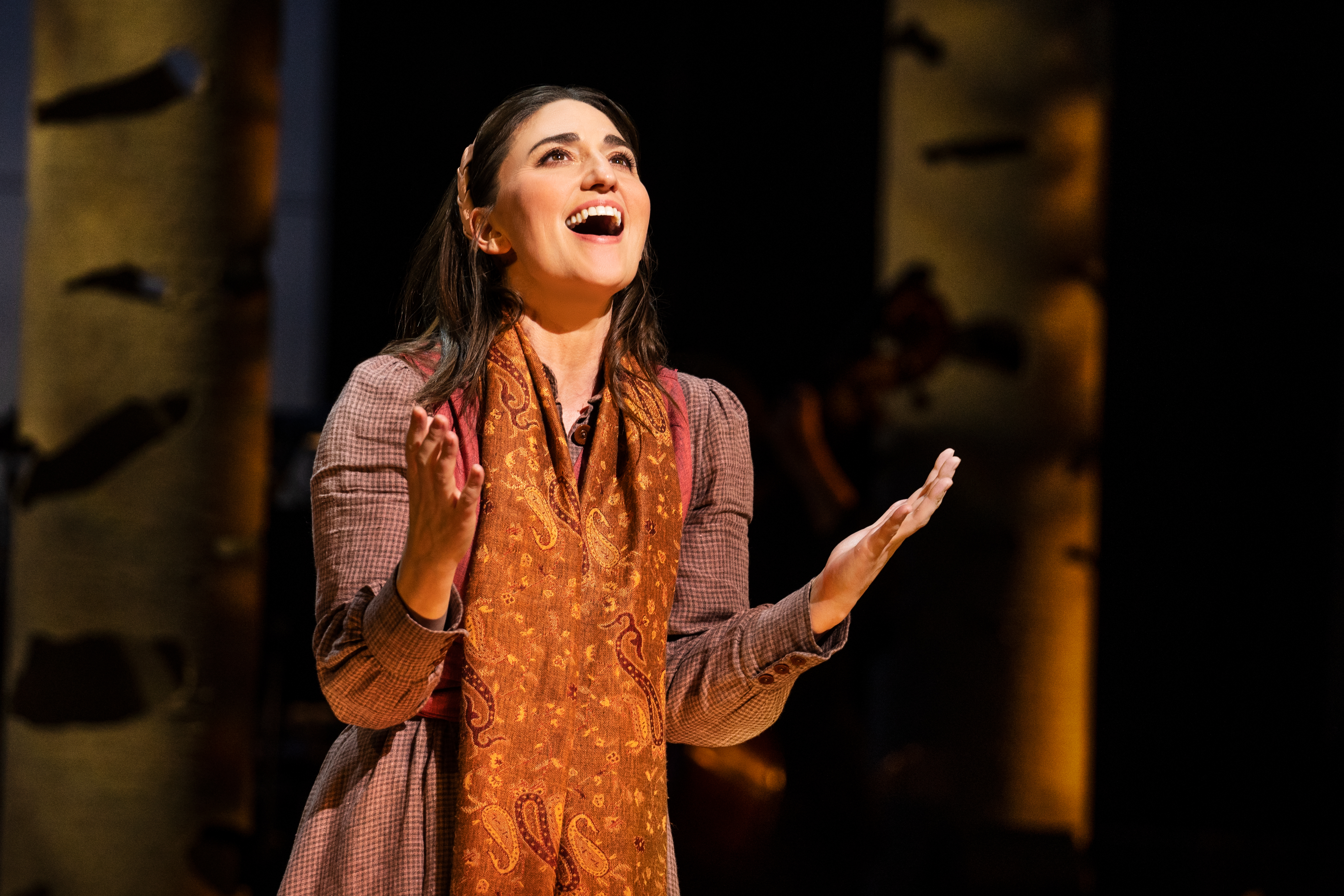 As the various heroes and villains and just plain folk from any number of fairy tales mix and mingle and screw up their plans, they’re blithely unaware of the existential threat that will ultimately make a mockery of all their jealousies and ambitions and grievances. A giant has been roused, and whether any of our little fairy tale folk survive might well depend on just how willing they are to turn against one another. Some do, and it’s, yes, grim (even if it does prompt one of the all-time great anthems of blame: “Your Fault.”

A lesser musical might rest on the Act II “Your Fault” and catch its breath till curtain, but Into The Woods is as unstoppable as that plucky little girl with a red hood, or those two charming princes with only their love quests bouncing around their empty heads. Before all is resolved at the tale’s end – a happy end that, unlike the false one just before intermission, has its costs – Into The Woods will ply us with a quartet of the greatest stage musical numbers in Sondheim’s unrivaled catalog: “Last Midnight,” the angry, truth-telling anthem with the witch (Miller, in glorious voice) giving the lie to our ever proper heroes (“You’re not good, you’re not bad, you’re just nice“). Then comes the father-son tear-jerker “No More,” the parent-child comforts & hard lessons of the incomparable “No One Is Alone,” and finally the only number that could bring this masterpiece to its unprecedented peak: “Children Will Listen,” a song of expansive, if terribly hard-won, generosity.

Much of the cast from the excellent Encores! staging – along with the concert-style presentation – made the move to Broadway, and that’s a very good thing. Bareilles, Creel (as both a wolf and a prince), newcomers Julia Lester (as the very plucky Red Ridinghood) and Cole Thompson (as Jack) shine vocally and in their comic performances – I’ll say again, this Into the Woods is terrifically funny – and the new additions to the cast are top-notch: Phillipa Soo as Cinderella, Brian D’Arcy James taking over from Neil Patrick Harris as the Baker, Joshua Henry as one of the Princes (every bit the match for the scene-stealing Creel in the great comic number of princely one-upsmanship “Agony”), and, in the all-important role of the Witch, Patina Miller, delivering sumptuous renditions of “Stay With Me,” “Last Midnight” and “Children Will Listen.”

And the rest of the large ensemble is without fault, but specific mention should be made of the wonderfully articulated cow puppet Milky White, designed by James Ortiz and performed at the reviewed show by understudy Cameron Johnson. And performed is the accurate word – Johnson, filling in for Kennedy Kanagawa, not only operates the skeletal Milky in fascinating fashion, but “acts” the beast’s emotions, an eye-catching show in and of itself, another treat in a production filled with them.