LAUSD Reports 118 New Covid Cases In One Day, Most Of Them Among Students, During First Week Of School

Los Angeles County Health Department officials today released the first data on Covid cases during the first week of school: In the 24 hours between Tuesday at 8 a.m and Wednesday at 8 a.m, the Los Angeles School District recorded 118 new cases. Classes resumed on Monday.

The vast majority of those cases — 107 — were among students at school. Four were discovered among participants in youth sports. One at day care. Six cases were found among workers at the district office or other related worksites. Fifty-six of the 118 cases were singular infections, meaning no other cases had yet been associated with them. 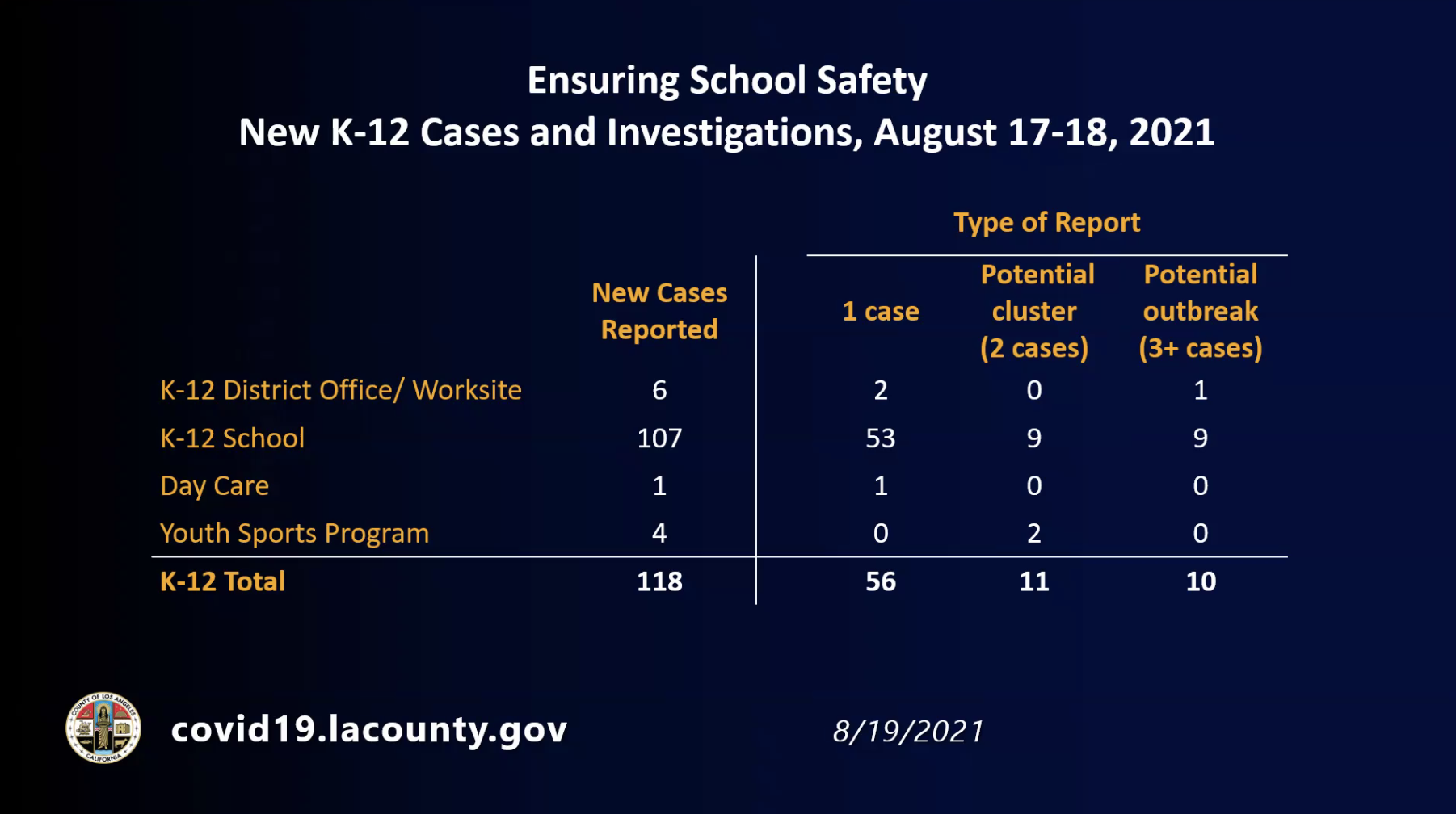 The chart does not, however, show the number of students and staff who were quarantined after close contact. That number in other districts has been much greater.

The news comes after the city reported its highest number of daily new cases — over 4,000 — since January on Wednesday.

That’s equivalent to another full day of cases for L.A. County, which has been reporting around 3,000 new cases every 24 hours, of late. (The 2,426 new cases it reported on Monday was low due to weekend delays.)

According to statistics released late Monday, the first day of fall classes in the LAUSD, roughly 81% of the district’s students underwent baseline Covid testing between Aug. 2-15, and 3,255 of them tested positive for the virus. That’s a testing-positivity rate of roughly 0.8%. That’s far below the countywide positivity rate of 3.5% on Monday, but could change as kids begin to gather en masse.