As Wall Street navigates a health pandemic that's changed the way we work and dramatically changed the economic landscape, we take a look at the players rising up despite the challenges and grasping opportunities as they see them.

From launching game-changing groups within global financial institutions, to having a hand in restructuring entertainment giants like AMC, these 25 stood out as the leaders for tomorrow.

In addition to being at the top of their class, these finalists are also trailblazing in new areas like data science and machine learning, executing on sustainability goals, and paving the way for a more diverse and equitable workforce by speaking out and taking part in recruiting efforts.

Selecting the final list wasn't easy. We received hundreds of nominations from bosses, colleagues, recruiters, and others working in the finance industry. We asked that nominees be 35 or under, based in the US, and stand out from their peers. Editors made the final decisions.

We've included people with a variety of roles and experiences from companies including Bridgewater Associates, BlackRock, Goldman Sachs, Fidelity, and the Carlyle Group. 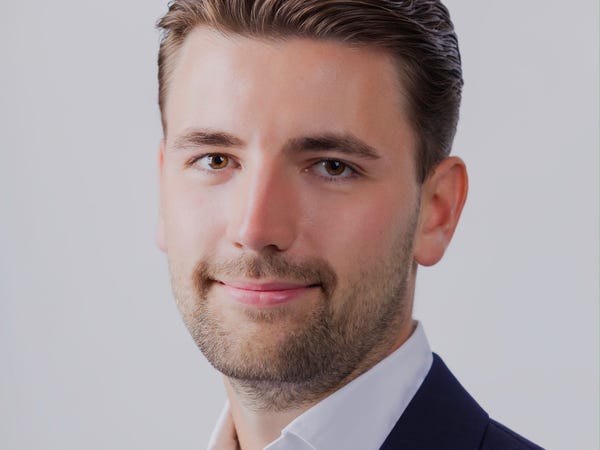 Alex Tingle wears several hats at UBS, where he is a New York-based director in the firm's investment bank focused on the technology, media, and telecommunications sectors.

Outside of working with clients day to day and executing deals, he's also long been interested in the strategy side of what it takes to keep an investment bank humming.

Last year he helped launch the bank's private financing markets group, a unit geared toward connecting wealthy clients with private capital markets investments, a fast-growing space that firms are increasingly embracing. That group was expanded across the firm this year.

He is involved with recruitment and workforce diversity efforts at the bank, sitting on the investment bank's Diversity & Inclusion Council and the Pride Leadership Council for UBS Americas.

"I'm really proud of the brand that we have built for students in the LGBTQ community, because I think for a lot of gay kids Wall Street still looks like somewhere that's unapproachable, that it's very macho, very traditional," Tingle said, adding he believes the wider industry has made progress in distancing itself from that image over the years.

A native of Ontario, Canada, Tingle has been with UBS for his whole career on Wall Street, since he graduated from Boston College six years ago. He now coheads campus recruitment, a passion, for his alma mater, which is UBS' largest target school for junior investment banking hires. He also heads up the firm's LGBTQ+ recruiting efforts in the Americas.

He was previously a summer analyst as a college sophomore and junior with the Swiss firm before joining full time in 2014. 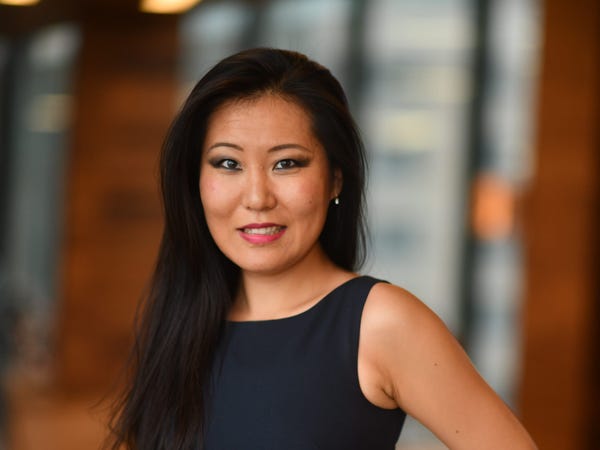 Alice Leng is part of a cutting-edge team at Bank of America, the data and innovation group within the firm's global markets division. A machine-learning expert who has master's degrees in financial engineering and economics, Leng leads an initiative in the group that amasses giant troves of information on trading flows and positions across asset classes on a single platform, mining some 2 billion daily transactions for market signals and insights.

Leng has had an unorthodox, circuitous path to a leading role in the hottest corner of Wall Street. Born in China, Leng left home for boarding school at age 8, and then moved across the world at age 18 to study applied mathematics at the University of Toronto, earning a bachelor's and master's degrees in 3 1/2 years.

In 2011, at 21, she moved to Chicago and started studying economics with University of Chicago Nobel Prize winner Gary Becker, whom she credits for instilling in her the importance of melding human intuition with deep analysis. She left with her master's in economics and briefly moved to London to work with BlackRock before starting another master's degree — this one in financial engineering — at the University of California at Berkeley, which she completed in 2015.

Leng then spent 2 1/2 years at Moody's Analytics in San Francisco doing quantitative fixed-income research before jumping to BofA in 2017. Initially, she worked in research, helping construct complex derivatives trades and authoring an influential report in 2018 on the applications of machine learning to FICC trading, the first of the big banks to publish such research. She started working with the data and innovation group later in 2018.

Leng earned an executive master's in business from HEC Paris this year.