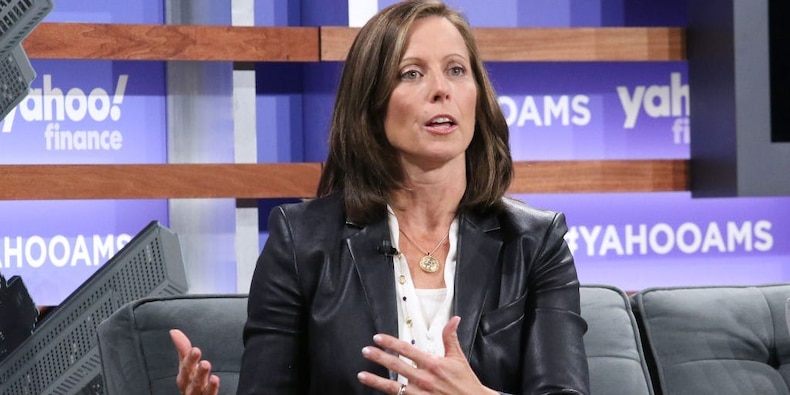 Nasdaq CEO Adena Friedman told CNBC Wednesday that the exchange monitors social media chatter, and will halt trading if they match the chatter with unusual activity in a stock.

Her comments come as a flurry of activity on Reddit has sparked earth-shattering price rises in stocks like GameStop, AMC, and Nokia, with no fundamental moves behind the stock movements.

Those stocks are listed on the New York Stock Exchange, not the Nasdaq, though Friedman’s CNBC appearance brings into question what a market exchange’s role is in regulating extreme stock activity.

Friedman said the Nasdaq’s role as a “self-regulatory organization” is to make sure activity in the market is “legitimate” and to root out manipulation in the market. She did not detail what kind of technology the Nasdaq uses to “evaluate social media chatter,” but she said if the Nasdaq can match unusual trading with social media activity, the exchange will halt the stock and potentially engage with the SEC to evaluate and investigate.

One illegal market manipulation activity that the SEC goes after is a “pump-and-dump” scheme.

An investor buys a stock, and then publicly “pumps” it, by spreading a rumor or another catalyst for the stock go up. Other people see the rumors and buy the stock, causing the price to rise. The person who originated the rumor sells the stock to them at a higher price in a “dump,” and takes the profits.

“Regulators kind of have to catch up with the technology that’s now available,” Friedman said.