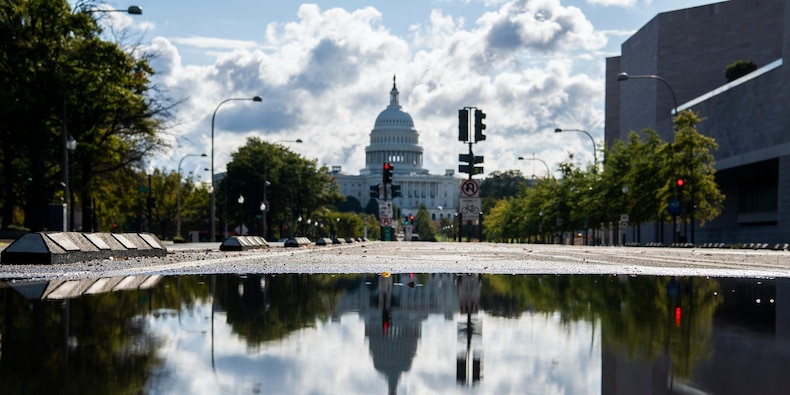 The US economy is receiving fresh fiscal support after months of plodding negotiations. But one measure of the labor market suggests the massive stimulus is unnecessary and potentially harmful to future growth, according to James Paulsen, chief investment strategist at The Leuthold Group.

The country is already reaping the benefits of the $900 billion stimulus package signed by President Donald Trump on December 27. President-elect Joe Biden rolled out a $1.9 trillion relief proposal on Thursday that aims to further boost the economy through 2021. Democrats’ soft majority in the Senate drastically raises the odds of Biden’s plan becoming law.

The relief packages meet calls from economists and investors for additional fiscal support, with many pointing to the still-elevated unemployment rate as a sign of progress to be made. The most commonly cited measure is the U-3 rate, but the government’s U-6 rate – which includes Americans working part-time for economic reasons and those marginally involved in the labor force – tells a different story, Paulsen said in a client note on Thursday.

The U-3 rate currently sits at 6.7%, and the U-6 gauge dropped to 11.7% last month. Five of the last six recessions since 1980 – including the coronavirus downturn – touted U-6 rates above today’s level, Paulsen said.

The coronavirus pandemic initially pushed the U-6 rate to a record-high 22.9% in April. Yet easy monetary conditions and the $2.2 trillion CARES Act helped the rate retrace more than half of its climb in a matter of months. It took years for such improvement to take place following the 1982 and 2008 recessions, Paulsen noted.

Read more: ‘I don’t believe that we’ve really left the recession yet’: Bond king Jeff Gundlach lays out the 2 risks that investors should watch nearly a year into the pandemic – and shares the 4 components of a balanced, winning portfolio 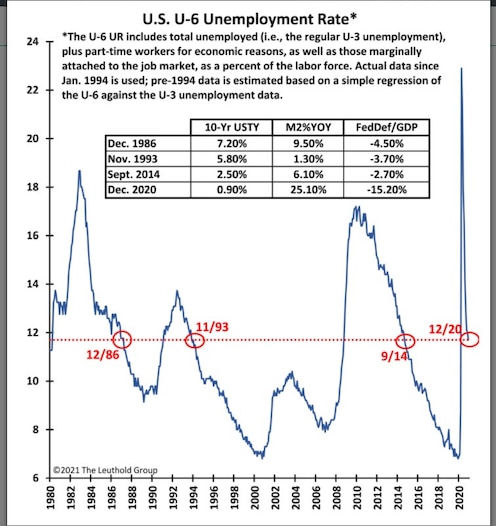 The rapid pace of recovery also comes as the country’s policy response to the recession remains extraordinarily strong. Bond yields remain at historic lows, interest rates remain near zero, and money supply growth vastly outpaces that seen in past downturns.

Still, spending on additional aid when history suggests such support is unnecessary and poses “the most significant risk” to growth beyond 2021, the strategist added. Excessive accommodation could fuel a spike in inflation and, in turn, prompt the government and the Fed to swiftly tighten conditions. Low-income Americans and minorities would likely bear the brunt of a prematurely halted recovery, Paulsen said.

“It would be sadly ironic if the aggressive actions of overuse and abuse of policies implemented today – aimed primarily to benefit the most vulnerable groups – were to eventually hurt these same groups the most,” he added.

Read more: Buy these 30 stocks that handily beat the market in 2020 and are poised for the best global returns in 2021, RBC says