Pivotal Union Election Moves Ahead At Amazon Warehouse In Alabama

A federal labor official cleared the way Friday for Amazon warehouse workers in Alabama to cast ballots in an election that could create the first union among the company’s U.S. workforce.

Under the decision from the National Labor Relations Board, workers at Amazon’s facility in the Birmingham suburb of Bessemer will vote by mail over the course of several weeks in February and March, with ballots to be counted March 30. If a simple majority of those cast support unionizing, then the workers will be represented by the Retail, Wholesale and Department Store Union (RWDSU).

Amazon negotiates with labor unions in Europe, but so far it has managed to remain union-free in the U.S. Labor groups hope that a successful campaign at the Bessemer facility could spur on organizing efforts elsewhere in Amazon’s sprawling logistics network.

The Bessemer warehouse employs roughly 6,000 hourly workers, most of whom help pick, pack and ship Amazon items to customers. Though if the employees unionize they would form a large bargaining unit, they represent a tiny fraction of the more than one million Amazon workers at the company’s warehouses, delivery hubs and offices across the U.S.

The RWDSU submitted a petition for the election in November, an indication the union believed it has majority support among the workers. The ruling issued Friday revolved around whether the election would be held in person or via mail during the coronavirus pandemic.

The labor relations board has generally ordered elections to be held through the mail due to COVID-19. But Amazon tried to persuade the NLRB to hold the election onsite, perhaps believing that would give the company an advantage over the union. Amazon offered to cover the cost of implementing safety measures and even suggested it would foot the bill to house government officials nearby. 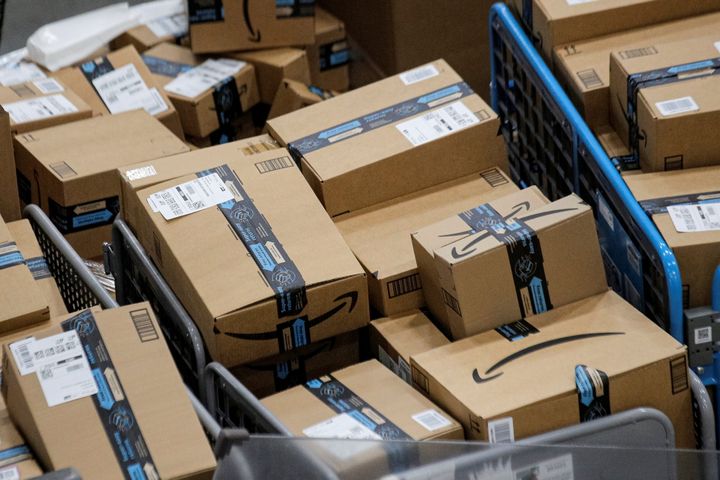 But Lisa Y. Henderson, the board’s regional director based in Atlanta, shot down Amazon’s arguments, saying the pandemic posed too great a risk for casting in-person ballots. She noted that the area surrounding the warehouse has a 17% COVID-19 testing positivity rate, three times the rate the board would like to see before allowing in-person voting.

Henderson also made the point that workers who tested positive for COVID-19 would be unable to vote in an in-person election.

“The most important factors in my decision are the safety of all election participants and the enfranchisement of all voters,” she wrote. “Both of these factors weigh in favor of a mail ballot election.”

Henderson said Amazon’s offer to financially support the election, while “laudable,” could create the impression of a conflict of interest.

And she said Amazon’s offer to have its social-distancing team monitor the voting line  “would give the impression of surveillance or tracking.”

Ballots go out to workers by mail on Feb. 8.