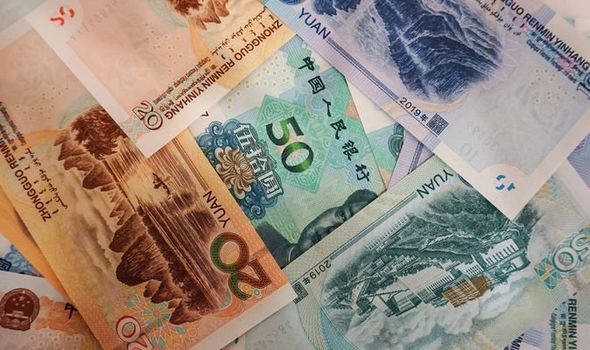 Investors rushed to the dollar after scientists warned the virus could spread more easily than previously thought after two elderly passengers on a cruise ship quarantined in Tokyo died. A rate cut from the People’s Bank of China (PBoC) also did little to boost risk appetite. The dollar received further support from the release of the US Federal Reserve meeting minutes for January’s monetary policy meeting.

Policymakers were cautiously optimistic at the start of 2020 about their decision to leave interest rates unchanged, even as new risks caused by Covid-19 were acknowledged.

According to the minutes: “Participants generally saw the distribution of risks to the outlook for economic activity as somewhat more favorable than at the previous meeting.”

The Federal Open Market Committee (FOMC) minutes also showed that the current stance of monetary policy is likely to remain appropriate “for a time”.

Meanwhile, the pound failed to benefit as UK data revealed that British consumers were more confident at the start of the year, beginning to spend once again.

Sales jumped by 0.9 percent at the start of 2020, the largest monthly increase since March.

However, some have argued that this post-election bounce does not spell the end of weakness in the sector.

This left Sterling under pressure and according to Joe Morris, a retail partner at Gowling WLG: “While promising, there is a need to remember the backdrop of this improvement, which has seen failures and insolvencies in the areas with the highest sales – both in terms of physical store footfall and a failure to successfully unify on and offline efforts into one seamless experience.

“The need to meet these core customer needs will continue to challenge the sector, with global supply chain efficiencies also playing a key part. Survival of the fittest has never applied more, but as ever, retailers with strong brands and reactive and widely available lines will continue to do well.”

Looking ahead, the pound could suffer further losses against the dollar during Friday’s session.

If flash UK PMI data disappoints, showing the manufacturing sector has plummeted back below 50 after escaping eight months of contraction in January, GBP could slide into the weekend.