Pound US Dollar exchange rate: GBP/USD flat as Covid-19 appears to be a ‘long-term issue’ 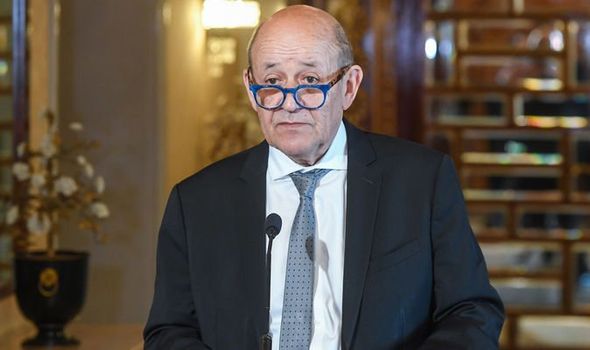 Many now see the spread of Covid-19 across China as a long-term issue, and global growth could suffer. Reduced demand for higher-risk assets lent USD further support. Commenting on this, Societe Generale’s manager of currencies, Kyosuke Suzuki noted: “Coronavirus is increasingly looking like a long-term issue and thus, at least for currency markets, it will be playing second fiddle.”

The number of deaths due to the virus continues to grow, with the total death toll standing at 1,692.

Added to this, China reported an increase of 2,048 cases at the start of this week’s session.

However, markets were slightly calmed by China’s announcement of further policy stimulus to counteract the economic impact from the outbreak.

Meanwhile, the pound remained flat as investors continued to worry about the future of trade relations between the UK and the European Union.

This weekend saw France warn Britain that it should expect a battle with the bloc during trade negotiations.

Sterling remained under pressure as France’s Foreign Minister Jean-Yves Le Drian said that the two sides would “rip each other apart”.

Sentiment was also left dampened as he stated that the UK’s goal of securing a free trade deal by the end of 2020 would be extremely difficult.

On Sunday, speaking at a security conference, Mr Le Drian stated: “I think that on trade issues and the mechanism for future relations, which we are going to start on, we are going to rip each other apart.

“But that is part of negotiations, everyone will defend their own interests.”

If British unemployment remains at the lowest level since early 1975 and wage growth improves more than expected during December, GBP could rise against the dollar.