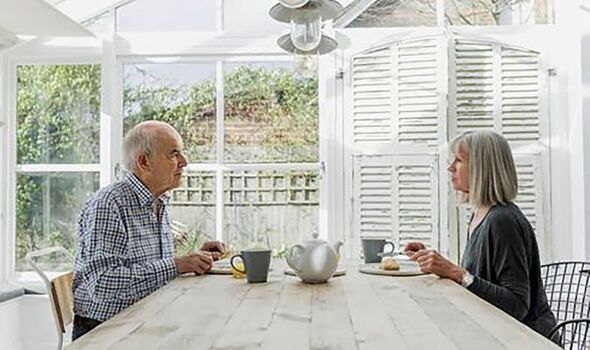 Extensions and conservatories installer Pennine Home Improvements had built the garden room the couple had longed for last spring. But after settling in full they soon found the workmanship had fallen short of expectations.

“The conservatory looks good but within weeks problems appeared,” says George. “Work that we were told that would be finished wasn’t. Skirting boards weren’t fitted, and there are door issues. The external ones are difficult to open and the folding ones make a loud shriek when you open or shut them. We are also seeing water coming from the ceiling from time to time.”

George claims he repeatedly contacted Pennine about repairs, but found it very difficult even getting a response.

In February however the company sent a team to inspect the work. “When they left they told me to expect a resolution in April,” adds George.

“We had been fed up after spending a lot of money and this cheered us up. But since then it’s gone silent, so we’re still at square one.”

Crusader took up the matter and was heartened to hear that coincidentally new management for customer services and aftercare had just been set up.

Pennine’s response was immediate. Our hopes this was a turning point, and the operational changes would lead to swifter progress would now happen, have proved right.

A new inspection of the couple’s conservatory has taken place. “Instead of all the verbal assurances in the past we have now got a commitment in writing. The repairs will take place in September,” says George.

“We still have to wait, but builders have a lot on their plates at present. They are going to check the water issue as this could be condensation.

But at last we have something concrete. Thanks to Crusader and better customer services, we believe Pennine will do what’s needed.” The company also confirmed this.

Conservatories and extensions involve major building work and the best come with decades-long guarantees. But it is vital customers check what is covered, for example the double glazing and doors, and by whom. It’s a good move prior to purchase to ask what is not covered too.

Current labour and supply shortages are also having a bigger impact at present so get completion assurances in writing.