Mr Peston wrote a column for the BBC’s website, where he explained how the “reckless gamblers” in the banks had contributed to the devastating financial crash in 2008. The journalist refers to a speech by Andrew Haldane, who is now the chief economist and the Executive Director of Monetary Analysis and Statistics at the Bank of England having worked there since 1989. Mr Haldane looks at the returns generated by UK banks and financial institutions since 1900, to see whether shares in the financial sector have performed better than the market in general. In the 2009 article titled ‘Why bankers aren’t worth it’, Mr Peston highlights Mr Haldane’s findings. The data showed that from 1900 to 1985, the financial sector produced an average annual return of around 2 percent a year, relative to other stocks and shares.

So for 85 years investing in bank shares was “close to a break-even strategy” in the words of Mr Haldane.

But in the subsequent 20 years, from 1986 to 2006, returns soared: the average annual return rose to more than 16 percent, which was the best performance by financial-sector shares in UK financial history.

Mr Peston pointed out that pay for top bankers followed this trend and rose to “stratospheric” levels.

This was followed by a catastrophic plunge however as the financial crash brought these returns back down to earth.

In fact, the gains from 1986 to 2006 had been almost eradicated completely, with return on financial shares less than 3 percent for the whole period of 1900-2008 – almost identical to the market as a whole.

Mr Peston, with the help of Mr Haldane’s analysis, highlights how bankers made so much money in the 20-year period preceding the crash, and why their methods contributed to the huge economic crisis in 2008. 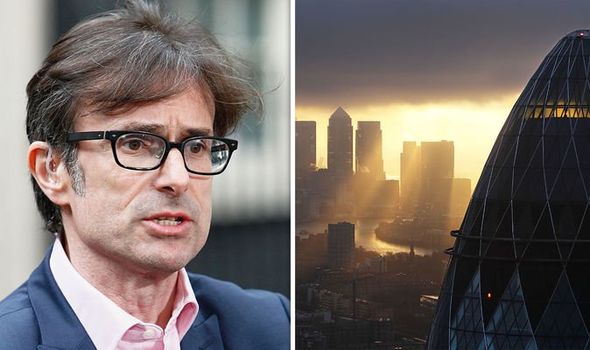 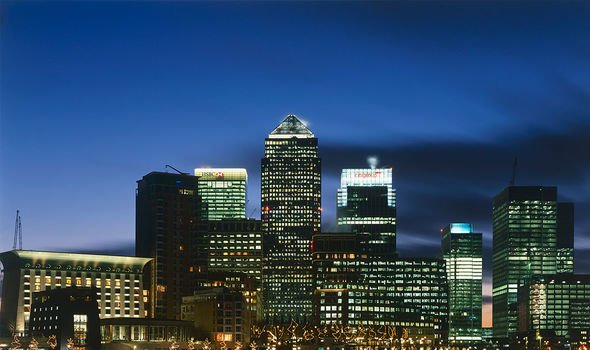 He explains how a banker’s success or “skill” is dependent on two factors: gross assets and leverage.

On the former, Mr Peston noted: “You have to look at the return on gross assets. If one bank earns consistently bigger margins on the loans and investments it makes, that tells you it is probably doing something cleverer than its rivals.”

The other factor is leverage – or the ratio between a bank’s gross assets and its stock of shareholders’ equity.

Mr Peston explains the gambling bankers indulged in with a simple example. 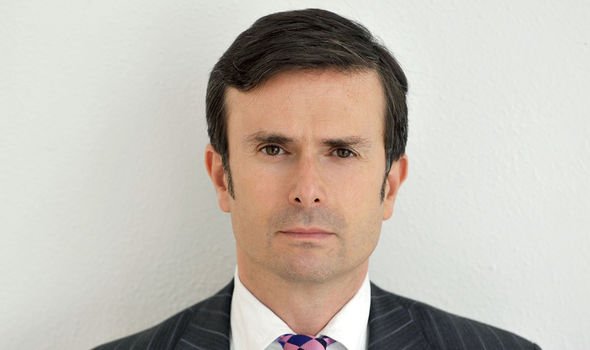 “Now, suppose another bank lends £1,000 on a leverage multiple of 50, or supported by just £20 of shareholders’ equity. In this case, the return on equity is 10 divided by 20, or 50 percent. So the return to shareholders is a stupendous 50 percent.

“Or to put it another way, increasing leverage is a simple and automatic way of increasing returns to shareholders. And as I hope you’ve noticed, there’s nothing terribly clever about it.

“But if all you care about is fat returns, and you’re not interested in how they’re earned, you’d give the boss of the highly leveraged bank a cigar, a bottle of Krug and a £5million bonus.”

He explains how the move is lucrative when the banks are doing well, but when the trend reverses, “it is the fastest way to lose money”.

So, Mr Peston argues, banker’s returns were so high because of “gambler’s luck”. 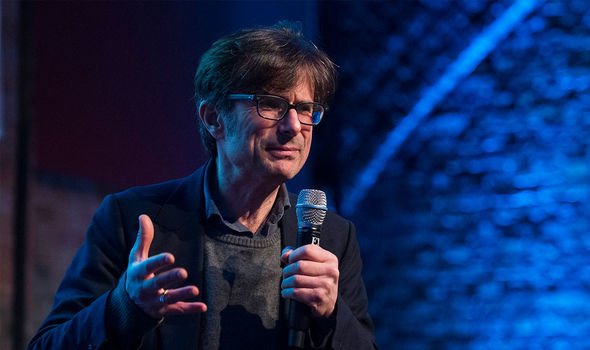 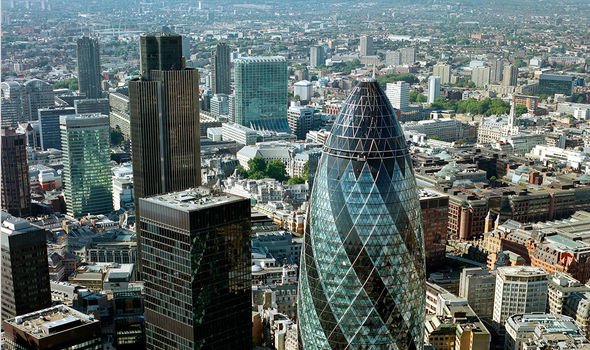 He adds: “It’s uncontroversial that we all paid something of a price, in the form of the worst global recession since the Thirties, when the bankers’ luck ran out, when the wheel spun to red.

“Which means that we all have an interest in preventing bankers from repeating these reckless gambles.”

Firstly, he argues that bankers’ pay should be “cut to a level commensurate with an industry that’s closer to a boring utility than to a wealth-creating, entrepreneurial venture”.

Secondly, “regulators should impose a legally-binding maximum for the ratio of a bank’s gross assets to its equity to restrict bankers’ freedom to gamble.”

Finally, he warns the owners of the banks that they should be “very cautious indeed about rewarding bankers for the returns they generate on equity, and should focus rather more on the returns earned on gross assets”.