Sector by sector: are British firms ready for post-Brexit trade?

After months of tortuous negotiations between the UK and the EU, a Brexit trade deal was agreed at almost the last minute. But how prepared are UK businesses for the significant changes that will come into force on 1 January? Are they happy with the terms of the agreement?

A shock rise in high street prices caused by billions of pounds of new import taxes on everyday goods has been avoided thanks to the new trade deal. Four-fifths of UK food imports come from the EU, and the British Retail Consortium has told shoppers they can heave a “collective sigh of relief”.

Retail Economics’ chief executive, Richard Lim, said: “Two weeks ago there was a risk that Brexit could be catastrophic. The deal has provided certainty in terms of what retailers need to do. What we are facing now is at the lower end of the scale in terms of the potential for disruption.”

John Allan, the chairman of Tesco, who had warned that import tariffs would have triggered higher food prices, said he was now “relatively calm” about the impact of Brexit on retail, and food retail in particular. But he cautioned: “If we don’t do something very positive to counteract it in terms of the national economy in the long run, we will be a bit worse off than we would have been if we’d stayed in the EU.” Zoe Wood 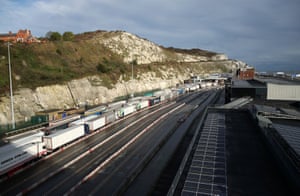 The chaos caused by last week’s French travel ban, which left thousands of truckers stranded in Kent and supermarkets flying in fresh fruit and vegetables, means we have already seen what the worst-case scenario for 1 January could look like. Could those scenes be repeated?

The Cabinet Office minister, Michael Gove, has already predicted “bumpy moments” for companies navigating the new customs procedures, and analysts think tailbacks at the ports are inevitable in the early days. However, the government’s decision to temporarily waive most of its border checks takes some of the pressure off.

The initial focus is on imports of “controlled” goods such as alcohol and tobacco, but controls will ratchet up in April and again in July. After the frenetic stockpiling before Christmas and the Brexit deadline, the volume of goods moved in January is lower, which will also help if there are hiccups with new systems.

But any disruption to the flow of cross-Channel trade caused by new Brexit bureaucracy would soon be felt on British shores. With 3,500 trucks a day using the Channel tunnel, the Eurotunnel terminal is an obvious bottleneck if businesses struggle with new customs paperwork. Border delays would be disastrous for exporters of perishable goods, such as Scottish seafood, which were badly hit last week. ZW

Given that UK haulage companies had feared having to fight over a small number of annual permits to carry on sending lorries across the Channel, for most the agreement is a significant improvement on the no-deal scenario. However, their operations will be constrained in terms of cabotage (ie moving goods within an EU country) and cross-border deliveries within the EU. That could pose a headache for some, and could prove insurmountable for specialist companies providing logistics for events such as music tours through several countries. The deal still means an enormous amount of red tape for customs and borders, and while the haulage sector itself will not be responsible, lorries could be held up or stopped if their importing/exporting companies have not got the new paperwork correct. Gwyn Topham 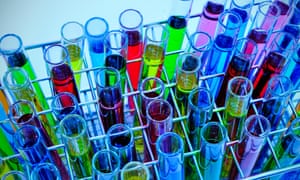 Drugmakers have long been preparing for Brexit by stockpiling more medicines to ensure there are no shortages of vital drugs and by planning alternative supply routes away from the busy Dover to Calais straits. The industry is confident that medicines will reach patients come 1 January and beyond, but says some things are out of its control, such as delays at borders due to new customs and border checks.

Under the Brexit deal, inspections of drug manufacturing facilities are recognised by both sides, but the text does not mention mutual recognition of medicine batch testing. Additional safety tests on medicines made in the UK before they are sold in the EU and vice versa would lead to delays of several weeks. For Northern Ireland, the UK and EU have agreed a one-year phase-in period to implement medicines regulation. Julia Kollewe

UK airlines had long been resigned to losing some of their freedoms to operate throughout Europe, such as flying between two EU member states, with easyJet having already hived off part of its operations into a new company in Austria to tackle potential losses from its route network. Meanwhile, contingency measures had guaranteed that flights could continue between the UK and EU in the event of no deal.

The structure of International Airlines Group, the Madrid-based owner of British Airways, was questioned before the deal. A clause now allows UK carriers to be controlled by a combination of EU and UK shareholders, which should avert any obligation for BA or other airlines to be split off from owning groups or for shareholders to divest. GT 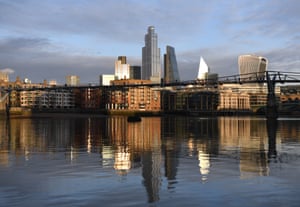 While the Brexit deal says very little about financial services, it has been broadly welcomed by City firms whose business borrowers and corporate clients could have suffered from tariffs and quotas on cross-border trade. But industry groups including UK Finance are calling for an equivalence agreement on financial services – which would give similar access rights to City firms after the end of the transition period – as soon as possible.

The lobby group TheCityUK has said that while there are agreements covering basic banking transactions, there are up to 40 treaties affecting cross-border activities for the financial industry that need to be renegotiated. However, reports suggest an agreement on equivalence may not come until spring or summer 2021.

TheCityUK’s boss, Miles Celic, said: “While a deal is welcome, financial and related professional services are clear-eyed about the need for both sides to continue to develop the relationship in services in the years ahead.”

Most City firms – investment banks, asset managers and insurers – had not expected a deal covering financial services to be struck before the transition deadline, and prepared accordingly. Firms have spent the last four years applying for licences with local regulators, revising client contracts, and shifting more than 7,500 roles and a combined £1.2tn in assets to the EU, to ensure they could continue serving continental customers by the time the UK left the bloc. However, areas that have not yet been granted equivalence, such as derivatives trading, are facing disruption despite the deal. Traders and brokers will have to make alternative arrangements, bypassing the London market to use derivatives trading platforms in countries such as the US that have already been granted equivalence. If traders and brokers get used to rerouting their business through different countries, it could threaten London’s dominance as a financial centre, and make trading less efficient and more costly for users. Kalyeena Makortoff

UK manufacturing firms were overwhelmingly in favour of a deal that avoided tariffs and quotas that would have destroyed the business models of many companies importing or exporting materials, parts or goods from Europe. However, new customs and rules of origin checks at the border mean parts will be slower to enter the UK, which in turn means carefully planned “just-in-time” supply chains for companies will have to cope with longer import times, adding billions of pounds of extra customs costs for EU and UK businesses. Manufacturers have called for a significant adjustment period to allow them to continue to trade freely while they adjust to the new rules.

One of the trickiest issues for advanced manufacturers is around complex rules of origin. For instance, Japan’s Nissan or Toyota will only be able to source 45% of their car parts from Asia to avoid tariffs. However, the deal means parts sourced from the EU and vice versa will not be affected, and there will be leeway with electric car batteries until 2023. Jasper Jolly 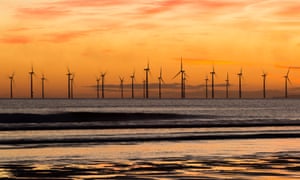 The trade deal’s energy chapters have a notable emphasis on the climate crisis, including commitments on using more renewables and avoiding a race to the bottom on climate regulations. In fact, the trade deal could be suspended entirely if either side reneges on the 2015 Paris agreement. The deal includes a new commitment for both sides to work together in the North Sea on big offshore windfarms linked to both the UK and the EU. However, there are large gaps remaining on how exactly existing trade in gas and electricity across interconnectors will work, with only a commitment to sort technical details by 2022.

The energy industry is particularly keen for the deal’s parallel UK and EU carbon pricing schemes to be joined together, which it says would avoid extra costs. Emma Pinchbeck, the chief executive of the lobby group Energy UK, said that agreeing to link carbon markets in 2021 would be “a great demonstration of collaboration on decarbonisation” before the UK hosts the Cop26 climate talks in the autumn.

On nuclear power, the UK and the EU have agreed to continue cooperating, including on the safe movement of nuclear material, equipment and waste. The UK will still be part of various nuclear research programmes. And as with many parts of the deal, the agreement heralds the start of rolling negotiations: the energy chapter will cease to apply in June 2026 – potentially a worry for investors looking at the big energy projects that will be needed to reduce carbon emissions to net zero. JJ

Taking back control of the UK’s waters was a rallying cry for the Brexit campaign, even if fishing’s contribution to the UK and EU economies is small relative to other sectors. The deal transfers 25% of the value of fish caught by EU boats in UK waters back to the UK over five years – considerably less than the 80% originally demanded by the UK. UK vessels will catch about two-thirds of fish caught in UK waters, but EU boats will be able to operate as close as six miles from the UK’s coast. Fishers’ lobby groups were aghast that the deal will end the practice of quota swapping between British and EU vessels, meaning that in some cases UK fishers may be limited to smaller catches. And the deal is by no means an end point: instead, the EU and the UK will conduct annual negotiations on catch size. Some UK fishers hope the UK will continue to push for further increases in their catch. JJ