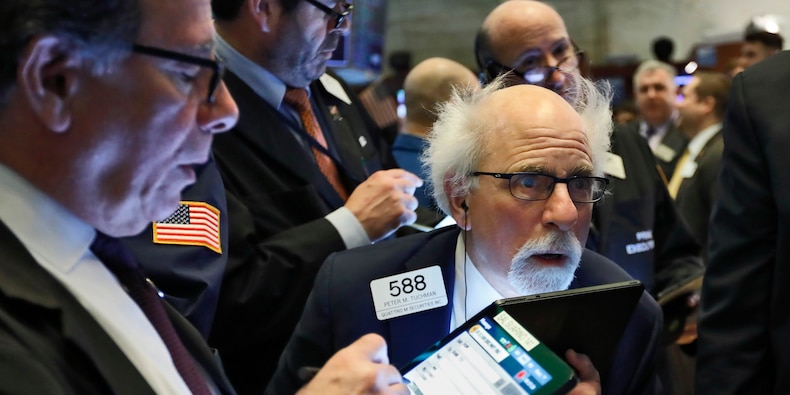 US equities fell on Friday after closing at all-time highs, as investors weighed the outlook for Biden’s nearly $2 trillion stimulus bill and grew concerned amid reports the new coronavirus strain may be deadlier. The S&P 500 fell for the first time this week.

There is some evidence the new variant of the coronavirus first identified in the UK may be up to 30% more deadly than previous variants, the UK government has said.

A key gauge of US business activity swung higher this month as strong demand lifted manufacturers and service businesses alike. IHS Markit’s composite output index climbed to 58 from 55.3 in an early January reading, hitting its highest level in two months.

Here’s where US indexes stood at the 4 p.m. ET close on Friday:

GameStop surged as much as 78% on Friday as investors looking to thwart short-sellers piled further into the stock and triggered a trading halt.

Shares of GameStop have staged a gravity-defying rally in recent weeks, with shares up as much as 307% year-to-date based on Friday’s intra-day high.

Short-seller Andrew Left of Citron Research tweeted that he is ending his bearish commentary on GameStop after he said an “angry mob” of investors harassed him and his family over the past 48 hours.

Canada-based Horizons ETF Management announced Friday that it filed its final prospectus to launch the Horizons Psychedelic Stock Index ETF (PSYK). It will be the first-ever psychedelics ETF and begins trading on the Canadian NEO exchange next Wednesday.

Bitcoin recovered to $33,817 Friday afternoon after tumbling to around $28,000 in the early morning hours. Comments from Janet Yellen and a report of a ‘double spend’ gave bitcoin investors a tumultous week.

Gold fell 0.61%, to $1,854.60 per ounce. The dollar weakened against a basket of Group-of-20 currencies and Treasury yields fell slightly.