Strong sales at M&S give High Street a boost 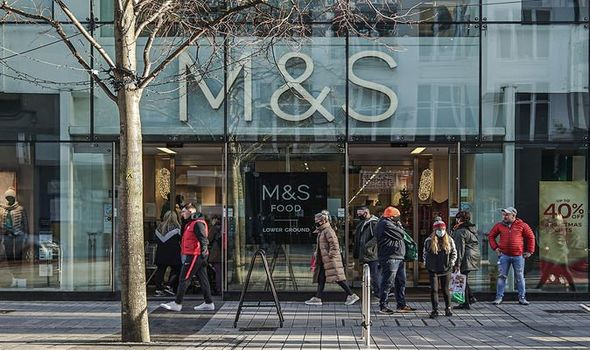 At its interim results yesterday, M&S said that it made a pre-tax profit of £187.3million for the six months to October 2, compared to a £87.6million loss for the same period last year.

Its rebound was so strong that its first-half profits were 17.9 percent higher than they were pre-pandemic. It upgraded its full-year forecasts.

Its clothing and homeware takings were up 17.3 percent on the same period last year and are now just one per cent behind pre-Covid levels.

Chief executive Steve Rowe said: “It is clear that underlying performance is improving, with our main businesses making important gains in market share and customer perception.

“The hard yards of driving long-term change are beginning to be borne out in our performance.”

Since taking charge in 2016, Mr Rowe has modernised the company’s supply chain, which has been hit by shortages of drivers and workers in warehouses. M&S said because of its limited supplier base and a “much improved working relationship” with its logistics partner Gist, Simply Food is “well placed for these challenges”.

He said it still has some work to do regarding clothing – in particular, ensuring it has the correct mix of items to appeal to shoppers old and young.

M&S said it has made good progress with plans to modernise around 180 stores. Although the retailer says its international businesses made a “solid contribution” to its results, it took an £11.9million hit from the closure of its stores in France.

The shine may have come off the M&S facade in recent years, but behind the bad headlines there have been signs it was adapting to our brave new world.

Some years ago, Marks tightened its policies on returns. The food business started stocking brands that were not its own. Credit cards, once shunned, have long been used.

Introducing an activewear line during lockdown was inspired. Whisper it: the sparks are back at Marks.