BERLIN – From flashing lights and booming speakers to sprawling stages and a Ferris wheel, Tesla's factory near Berlin has been transformed into a festival site for a one-day county fair on Saturday, hosted by CEO Elon Musk.

The fair, expected to attract tens of thousands of visitors with Brandenburg locals given priority, will start at 10am and bands and DJs will "keep the party going" late into the night, according to the official event website.

Musk is hoping to get the green light to start production at the site in coming weeks, which at its peak will produce 500,000 battery-electric vehicles (BEVs) a year – more than double Germany's BEV production in 2020.

The company has also submitted plans to invest 5 billion euros ($5.8 billion) in a battery plant with 50 GWh capacity next to the site, outstripping Volkswagen's planned 40GWh capacity site in Salzgitter.

While Tesla has repeatedly reminded critics that the site will bring Germany significantly closer to achieving its e-mobility goals, some locals and environmental groups are unhappy with the American CEO's disruptive approach which they say flies in the face of German business culture. 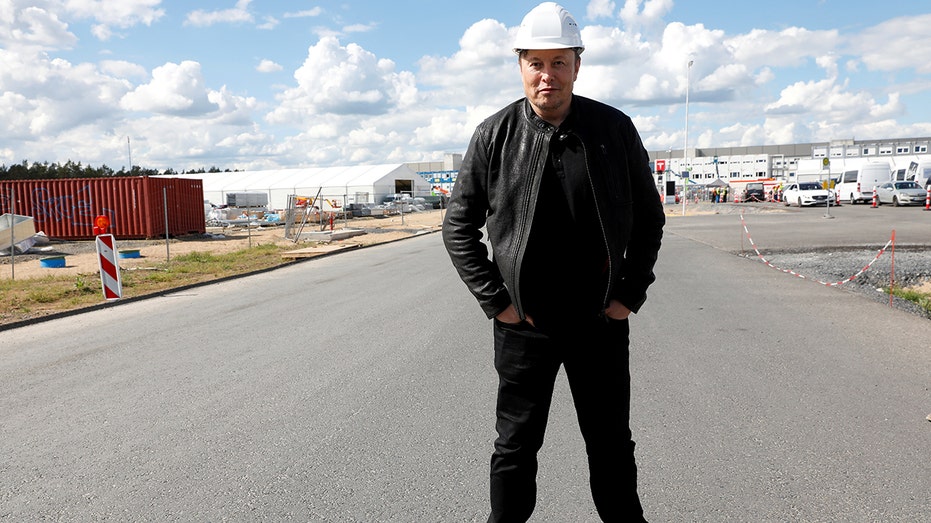 The latest consultation of public concerns towards the site closes on October 14, after which the environmental ministry will decide whether to reject or approve it. Brandenburg's economy minister has pinned chances of approval at 95%.

Drone footage published on Twitter in the 24 hours before the fair was due to start showed preparations were well under way, with sound checks of booming techno beats, lighting tests and festival tents set up next to rows of Tesla cars.

Tesla received approval from local authorities to have 9,000 people on site at a time despite pandemic-related curbs limiting large gatherings to 5,000, after it presented a plan for how it would keep the event COVID safe, authorities said.

Attendees were given a time-slot for a 1.5-hour tour of the factory, and must provide proof of a negative COVID-test, vaccination or recovery, according to the entry ticket.

"We invite you to discover our factory from along our production lines. You'll have the chance to see how tons of raw metal are melted, pressed and put together to build our Model Y," the ticket reads.