In the year since the Covid-19 pandemic shut down the Broadway industry, The Actors Fund has distributed more than $19 million in direct cash assistance to more than 15,000 people, with more than 40,000 individuals receiving assistance of one form or another from the Fund, a massive 71% increase from 2019. The 2020 distribution of funds is nine times that of an average year.

And despite the arrival of three effective vaccines and the possibility of some Broadway productions returning to the stage in the Fall, The Actors Fund’s work – and its need for contributions – is far from over.

The pandemic’s economic toll will almost certainly have a longer tail for show business workers than for other industries, possibly by a factor of years. “For most people this pandemic will be about two years from beginning to end,” said actor Brian Stokes Mitchell, Chairman of the Board of The Actors Fund. “For people in show business and the performing arts, we think it’s probably likely to be closer to five years because shows have to get up and running. So many theaters have closed, regional theaters that just weren’t able to survive.” 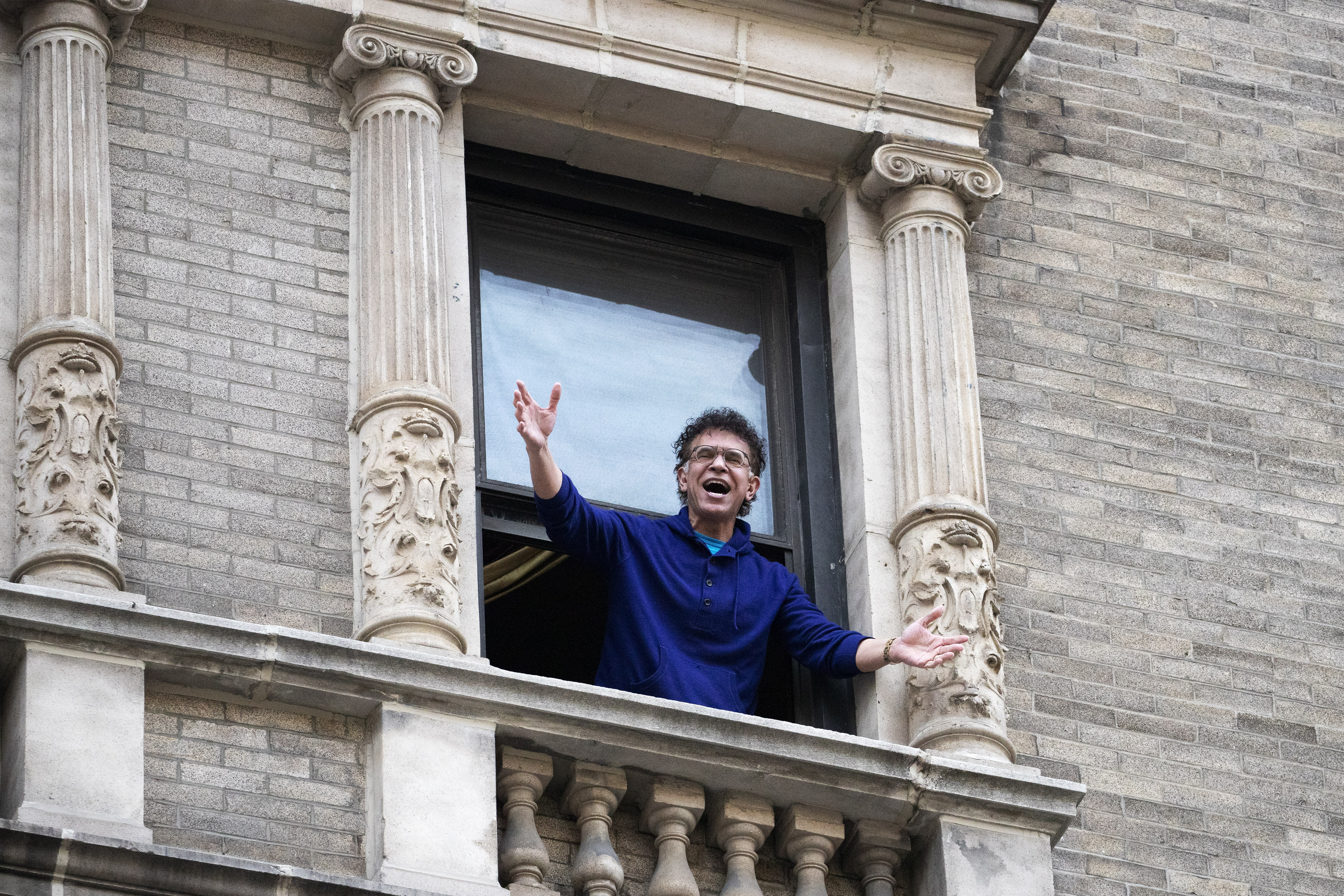 In its recent annual report on Covid’s impact, The Actors Fund, cited figures indicating that 63% of the nation’s arts workforce is fully unemployed and 95% have reported income loss, with the average worker losing $22,000 in creativity-based income in 2020. The Actors Fund, a national human services organization for everyone working in performing arts and entertainment, ramped up its operations to meet the skyrocketing need. Among other things, donation drives, celebrity benefits, virtual concerts and variety show events like the YouTube series Stars in the House have helped raise money and awareness.

Yet there’s growing concern among some fundraisers, including The Actors Fund, that as vaccinations increase, pop-up events pop up, and talk gets real about the reopening of Broadway, the public and donors could misinterpret the good news as a sort of all-clear sign that the devastation – and the need for assistance – is over.

“People in this industry will need time to recover,” said Joseph P. Benincasa, President & CEO of The Actors Fund. With New York’s moratorium on evictions set to expire in May, Benincasa said, “we anticipate that people in our community will need some help getting caught up on rent and mortgages. and then there’s health insurance.”

According to the Fund’s report, the breakdown of the organization’s impact over the past year is as follows (and as stated in the report):

Through the Every Artist Insured program, The Actors Fund helped nearly 5,000 people who faced the loss of their health insurance navigate the complex insurance world to continue essential coverage. The Actors Fund also doubled the team of specialists who provide one-on-one health insurance enrollment counseling from six to 12, thanks to a grant from Broadway Cares/Equity Fights AIDS.

The Actors Fund ran dozens of virtual career counseling orientations and workshops, attended by nearly 6,000 thousand people, focused on finding meaningful work that complements their life in the entertainment business during the pandemic. The Actors Fund also hosted a series of virtual programs on financial wellness for arts professionals during. These programs reached over 3,700 people. Scholarships to dancers increased by 44.5% in 2020 compared to 2019.

The Actors Fund emailed daily affirmations and a weekly newsletter to seniors, caregivers and housing residents. The Fund also provided daily half-hour guided Mindfulness Meditation to participants around the country. In 2020, The Fund provided 53 clinical groups to 542 participants.

In New York City, over 150 volunteers have made more than 12,095 wellness calls, in English and in Spanish, to participants of The Actors Fund Seniors Program. In addition to providing comfort and company to vulnerable clients isolated due to the pandemic, these wellness calls identified issues like food insecurity and mental health concerns, and allowed social workers and team members to provide timely pantry deliveries, medical resources, and additional levels of care to seniors.

For seniors who have been hospitalized, The Actors Fund social workers coordinate safe discharge plans with hospital and/or rehab staff and assist in arranging home care and meal delivery services. Throughout the pandemic, The Actors Fund has also provided safe socialization opportunities for seniors, including virtual book clubs, open mic nights, dinners, and a cooking show. For seniors who cannot leave their homes, staff have also arranged grocery and mask delivery.

Throughout the pandemic, The Actors Fund has continued to provide counseling and resources regarding housing, careers, addiction and recovery, and wellness. The Samuel J. Friedman Health Center at The Actors Fund’s headquarters in Times Square stayed open throughout 2020 to provide medical care to patients in person and through tele-health. In Los Angeles, The Actors Fund broke ground on The Hollywood Arts Collective, a brand new affordable housing residence and neighborhood arts complex located in the heart of Hollywood.

As Mitchell points out, the one-year anniversary of Broadway’s shutdown carries an extra layer of significance for many theater workers.

“Most people in our industry – the musicians, the actors, the crew – rely on a year’s work [to earn coverage under union health plans],” Mitchell said, “so this one-year anniversary is also kind of commemorating the fact that many people are going to be running out of their health insurance in the next few weeks if they haven’t already. That’s one of the main focuses The Actors Fund has right now.”

Mitchell noted that even as theater-adjacent jobs like midtown restaurant work begin to open up, the competition for work will be fierce.

“When people think about Broadway being closed,” said Mitchell, “they think about the actors because we’re the most visible ones. But there are hundreds of people behind the scenes all around the shows supporting it. Costumers, stage management, designers, writers, agents, managers. Nobody had worked this year.

“We can see the light at the end of the tunnel. Before if you asked anybody in show business or really anybody on the planet whether they knew anybody that’d been affected by Covid, has been sick from it, or has died from it, I think pretty much everybody would be able to answer yes. Now we can ask the question, Do you know anybody that’s received the vaccine? And I think most everybody can say yes. So that’s what really gives me hope.”

Still, as the Fund organizers say in so many words, hope and tunnel lights shouldn’t divert attention from what is and will continue to be the great need for assistance, economic and otherwise, created by the pandemic shutdown.

Benincasa said The Actors Fund board will review and update its strategic business plan over the next four months to keep on track with industry shifts and needs.

“We need to keep that in the forefront of everybody’s consciousness,” said Benincasa. “For our donors that have been so incredibly generous this year and a lot of the different corporations and companies that have come forward to help, we will continue to remind them that just because some people are back to work and vaccinations are or will be available, that doesn’t mean that our industry is back up and running.”