The retail trading boom is slowing sharply as economies reopen and people find other ways to spend their cash, banks say 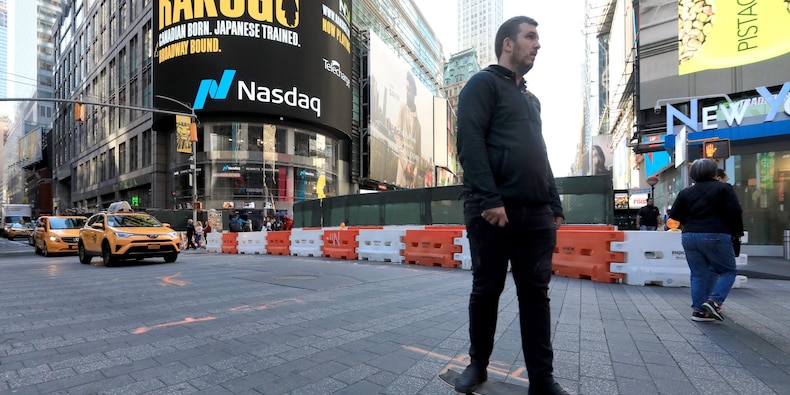 The boom in retail investing that sent GameStop soaring and shook markets earlier in the year cooled sharply in April, according to research from banks, with analysts suggesting stay-at-home traders found other things to spend their money on as economies reopened.

US retail trading volumes were down 26% in April compared to a month earlier, according to Piper Sandler analysis. It adds to recent research from JPMorgan and Goldman Sachs that has shown a considerable drop in activity among amateur investors.

"The 2020 stay-at-home orders and business closures have meant many have an abundance of time and money, which bred a huge flurry of retail activity," Josh Mahony, senior market analyst at trading platform IG, said.

Yet Mahony said the recent fall in retail trading should come as no surprise. "With restrictions gradually removed and businesses reopening, the question for the months ahead is just how different the new 'normal' looks," he said.

Piper Sandler's research, released to clients earlier in May, found that online investing in futures, cash equity and equity option volumes all decreased month on month in April.

JPMorgan analysts led by Nikolaos Panigirtzoglou said in a note on Friday that retail investors seemed to have cut back on options trading in April and early May.

They added: "Equity baskets containing stocks popular with US retail trading platforms… are conveying a similar message of continued underperformance into May."

It marked a change from earlier in the year when the retail-trading frenzy that began in 2020 burst into public view and caused GameStop stock to skyrocket, hitting short-sellers and unnerving the broader market.

Analysts have said that the reopening of the US economy and rising vaccination rates could be making day traders feel more comfortable in venturing out and spending their money on other things.

Goldman Sachs analyst Alexander Blostein said in a note in April the recent mixed performance of stocks could also be putting off amateur investors.

But the JPMorgan analysts said retail investors still appeared to be buying into exchange-traded funds at a solid rate. And Blostein wrote: "Retail trading still remains significantly above pre-Covid levels, with many structural changes (such as zero commission trading) in place."