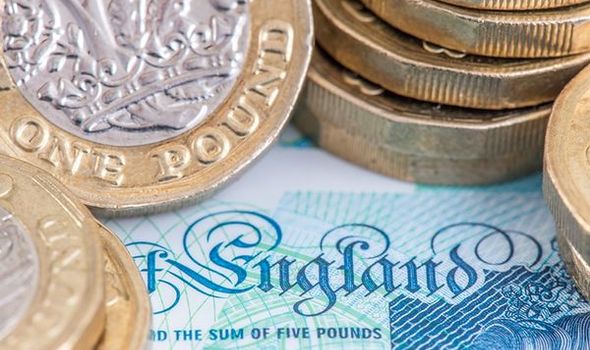 Middle income earners will be around £180 worse off next year according to the same analysis. Those on minimum wage though will see the most gains following the slew of announcements from Chancellor Rishi Sunak in yesterday’s Budget.

Speaking at a post-Budget briefing today head of the IFS Paul Johnson said: “Over the next several years a combination of tax increases and high inflation will mean very slow growth in living standards.”

“A middle earner is likely to be worse off next year than this as high rates of inflation and tax rises more than negate small average wage increases.”

“This of course comes on top of a decade of historically feeble increases in real incomes.”

The IFS example of middle income is someone on median earnings- around £25,000. It’s estimated someone in this position would find their take home pay fall around 1 percent or £180 in real terms next year.

There’s slightly better news for low income earners as Rishi Sunak also announced a 6.6 percent rise in the National Living Wage, bringing it up to £9.50 per hour.

However the Office for Budget Responsibility have already predicted inflation could peak up to 5 percent next year- the highest rate seen in the UK for three decades- which could diminish this.

A more concrete gain for low earners though will be the cut in the Universal Credit taper and increase in the work allowance which in practice will amount to about the same as the £20 a week uplift. A full-time minimum wage worker who is also on universal credit will have their disposable income increase by around £250 per year.

Earners on UC will also be able to keep more of their benefits for longer. Paul Johnson explained: “A lone parent with just one child and a relatively modest rent will now have to earn well over £40,000 a year to move off Universal Credit.”