Mr Powell said the rise in yields was “notable” but did not believe it to be a disorderly move, or one that drove long-term rates to the point where the Fed might have to step in and intervene in markets more forcefully to bring them down. Those comments fuelled a rapid sell-off on Wall Street on Thursday, with the tech-heavy Nasdaq quickly seeing its yearly gains erased, while European tech shares fell one percent and are now on course for their second weekly loss. On Friday morning, the pan-European STOXX 600 plummeted almost a full percentage point in early trading, with shares of travel, mining, and financial services companies the central drivers behind the slump.

The FTSE 100 benchmark in London dropped 1.2 per cent, while Germany’s Xetra Dax also lost 0.9 per cent.

In Asia, China’s CSI 300 index of Shanghai- and Shenzhen-listed stocks slumped by as much as two percent before recovering to be down by 0.3 percent by the end of the Friday morning trading session.

This year has seen bond prices sliding at an alarming rate, which has only accelerated even further over the past two weeks. 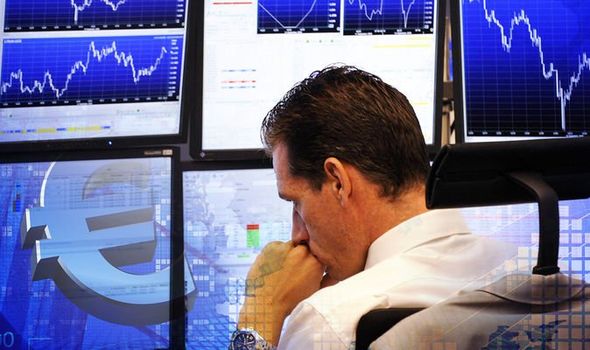 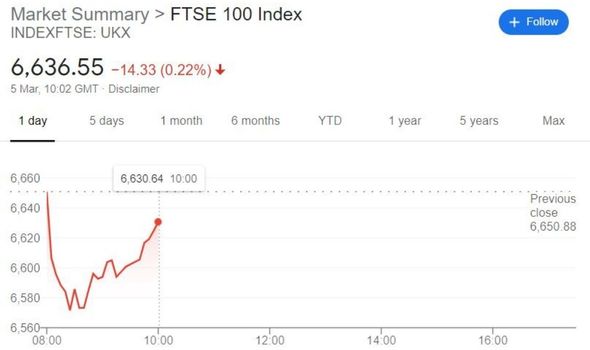 Mr Powell had been expected by some analysts and investors to use his position t an event hosted by The Wall Street Journal on Thursday to speak about support towards the market, which would have possibly indicated a strategy to formally hold bond yields down.

But he shocked markets by claiming the rising yields – the flip side of falling prices – was only “notable”, with the US central bank remaining “patient” in a clash with a temporary rise in inflation, providing no real sense of alarm in addressing the situation.

The Fed Reserve chairman said: “As it relates to the bond market, I’d be concerned by disorderly conditions in markets or by a persistent tightening in financial conditions broadly that threatens the achievement of our goals.”

US stocks quickly fell, with the S&P 500 down 1.34 percent in afternoon trading, and has been tipped by futures markets to fall further by 0.4 percent when trading begins on Wall Street later today. 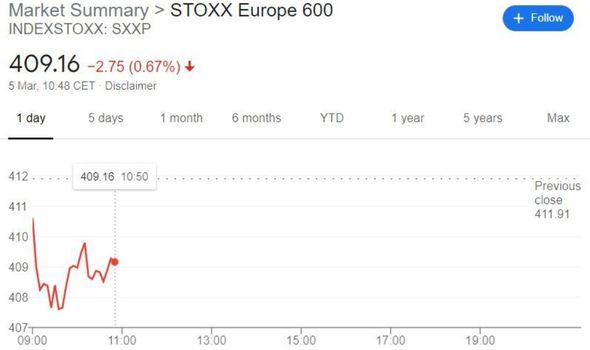 The tech-heavy Nasdaq Composite slumped by more than two percent on Thursday, turning negative for the year so far.

The stock index has now erased all its year-to-date gains and has nosedived around 10 percent from its record closing high on February 12.

Following the comments from Mr Powell on Thursday, US Treasuries surged 0.07 percentage points to 1.55 percent, remaining around that mark throughout Europe on Friday morning.

The Fed Reserve chairman did however insist if the central bank comes up against an unhealthy spike in prices this year, it would be manageable. 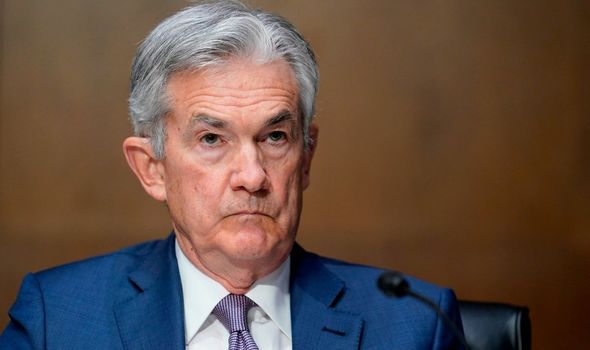 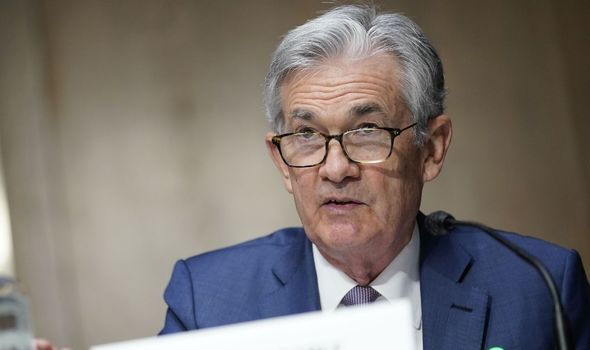 He added: “We have the tools to assure that longer-run inflation expectations are well-anchored at two per cent.

“Not materially above or below. And we’ll use those tools to achieve that.

Joost van Leenders, senior investment strategist at Kempen Capital Management, warned “there is a lot of unrest with rising yields“.

He said: “It looks like words are not enough.

“There’s still a lot of unrest with rising yields.

“Historically rising yields aren’t bad for equities, the reason why it’s different this time is a lot of equities have high valuations, which are justified by low yields.”

The comments from Mr Powell immediately sparked market panic, with financial experts warning of severe volatility issues in the bond market as a direct consequence.

Padhraic Garvey, global head of debt and rates strategy at ING, warned considering the stance from the Fed and expectations of a rebound into account, 10-year yields could jump another two percent in the third quarter of this year.

He said: “The bond market will feel quite unprotected by what Powell said today from an inflation perspective.

“There is plenty of room for yields to move to the upside.”

Scott Brown, chief economist at Raymond James in Florida said: “The market has been worried about the rise in long-term interest rates.

“The Fed chairman in his commentary didn’t really push back towards this increase in rates and the market took it as a signal that yields could rise further, which is what has happened.”

Mike Schumacher at Wells Fargo added: “Powell did nothing to suggest he is any more concerned with the recent jump in long-term yields than he was last week when he referred to rising yields as a ‘statement of confidence’ in the US economy.”