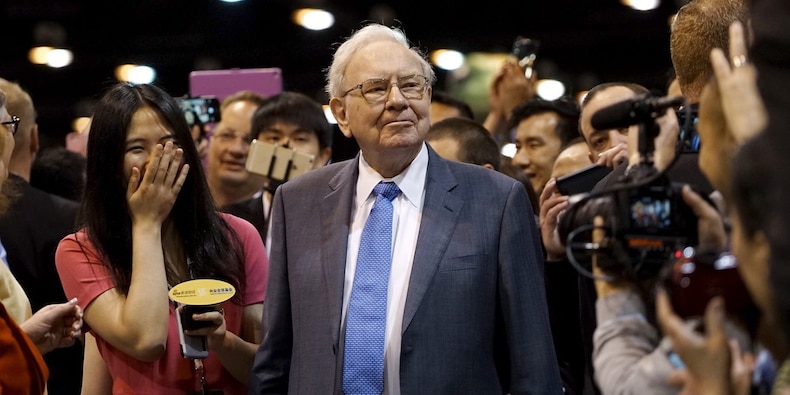 The famed investor’s conglomerate owned 48.5 million shares in the energy titan worth $4.1 billion at the end of December, its 13-F filing on Tuesday revealed. It also held 147 million of the telecom giant’s shares, worth a total of $8.6 billion.

Read more: 7 experts share their hopes for Warren Buffett’s Berkshire Hathaway this year. Cutting back on Apple, boosting buybacks, and landing a big acquisition are on the list.

Given the size of those stakes, it appears that at least one of them was Berkshire’s mystery investment in the third quarter. Buffett and his team secured permission from regulators to not disclose the position until they were done building it, given the risk that other investors would rush to buy in too, driving up Berkshire’s cost base.

Berkshire trimmed its stake in Apple – by far its largest holding – by 57 million shares or 6% last quarter. The holding accounted for 44% of the entire $270 billion stock portfolio, down from 48% at the end of September.

The company also exited JPMorgan and PNC Financial after slashing its positions in the banks last year, and sold its Pfizer stock despite only investing in the drugmaker in the third quarter of 2020.

Buffett and his team established a $500 million position in Marsh & McLennan, a professional-services firm. Berkshire also boosted its stakes in pharmaceutical giants AbbVie, Merck, and Bristol Myers Squibb, as well as Kroger, RH, and T-Mobile.

Read more: Warren Buffett’s Berkshire Hathaway swung from extreme caution to a flurry of deals in 6 months. We asked a bunch of experts to analyze its shifting strategy

On the other hand, Berkshire more than halved its Wells Fargo position to 52 million shares – a fraction of the 500 million shares in the bank it once held. It also trimmed its stakes in Suncor Energy, US Bancorp, and GM, which has been one of its best-performers in recent months. Moreover, it exited its surprising bet on Barrick Gold.