Warren Buffett's favorite business is a little chocolate maker with an 8000% return. Here are 5 reasons why he loves See's Candies. 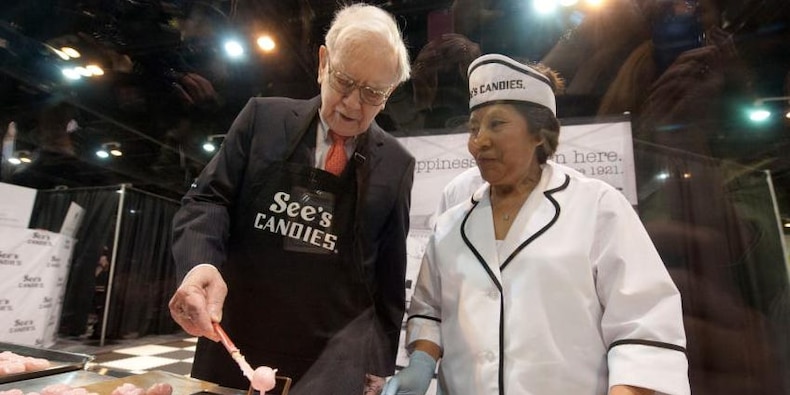 Warren Buffett has invested in Apple, Coca-Cola, Amazon, Bank of America, and other household names. Yet See’s Candies, a California seller of boxed chocolates, is the investment guru’s “dream business.”

Buffett has frequently applauded See’s since buying it in 1972. He and his investment partner Charlie Munger  have “earned exceptional returns and had a good time,” he wrote in his 1991 letter to shareholders. “We would love to increase our economic interest in See’s, but we haven’t found a way to add to a 100% holding,” he wrote in his 1994 letter.

The so-called Sage of Omaha’s has praised See’s outsized financial returns, modest capital needs, economic moat, quality personnel, and the chocolates themselves. We look at each aspect of the company below. 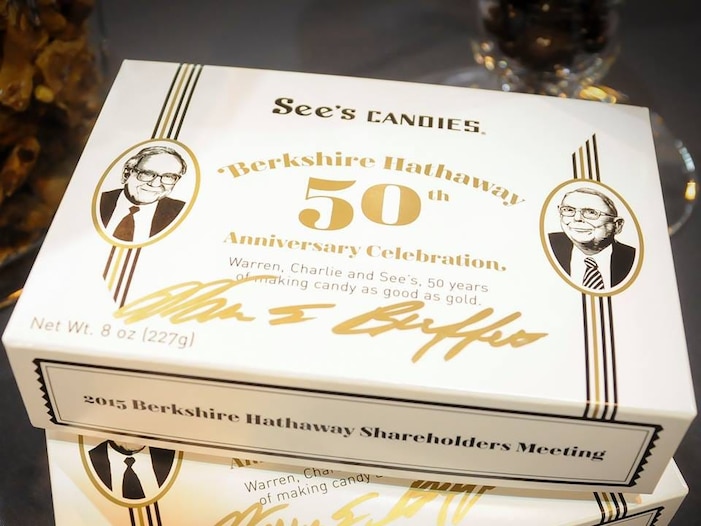 Probably the biggest reason for Buffett’s love affair with See’s Candies is the enormous return he’s made on his investment: north of 8000% since 1972.

“We put $25 million into it and it’s given us over $2 billion of pretax income, well over $2 billion,” Buffett said at Berkshire’s annual shareholder meeting in 2019.

See’s has grown from earning $30 million in annual revenue and less than $5 million in pre-tax income when Buffett bought it, to more than $380 million in sales and $80 million in profits, according to the latest figures available.

Buffett may be especially grateful for his billions from See’s, given he nearly backed out of buying the business over a paltry $5 million.

“I almost blew the See’s purchase,” he wrote in his 2007 letter. “The seller was asking $30 million, and I was adamant about not going above $25 million. Fortunately, he caved. Otherwise I would have balked, and that $2 billion would have gone to somebody else.” 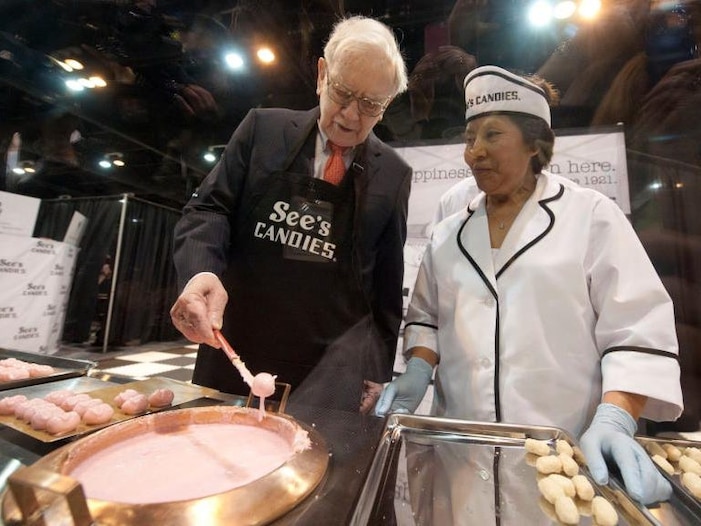 Buffett has frequently praised See’s for its modest capital needs.

Selling chocolates f0r cash means the business takes in revenue immediately, and a short production and distribution cycle minimizes the volume of funds tied up in inventory, he wrote in his 2007 letter.

See’s has only required $40 million in investment from Berkshire Hathaway to generate upwards of $2 billion in profits for the conglomerate. It’s become a cash cow that provides funding for Buffett’s other ventures.

“Just as Adam and Eve kickstarted an activity that led to six billion humans, See’s has given birth to multiple new streams of cash for us. (The biblical command to “be fruitful and multiply” is one we take seriously at Berkshire.),” he wrote in 2007.

“See’s has thus been able to distribute huge sums that have helped Berkshire buy other businesses that, in turn, have themselves produced large distributable profits. (Envision rabbits breeding.),” he wrote in 2014. 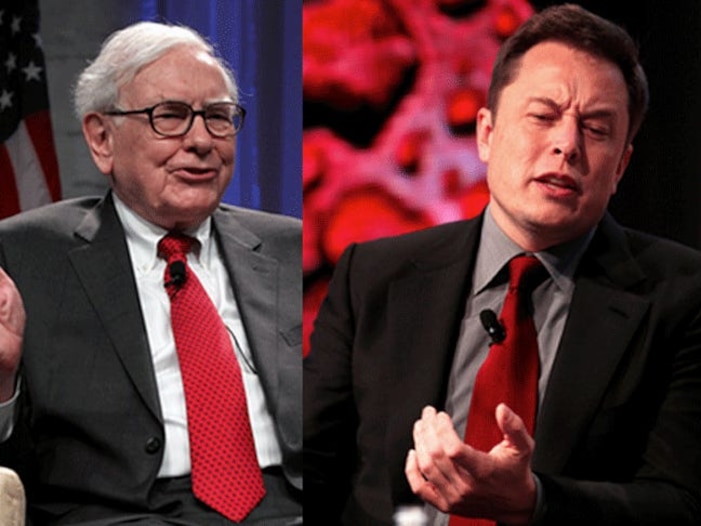 Two of the key competitive advantages of See’s are its famous brand and loyal customer base, which make it easy to charge more and tough for rivals to steal business.

“Every person in California has something in mind about See’s Candies and overwhelmingly it was favorable,” Buffett told a group of business-school students at the University of Florida in 1998.

“They had taken a box on Valentine’s Day to some girl and she had kissed him … See’s Candies means getting kissed,” he added. “If we can get that in the minds of people, we can raise prices.”

See’s also enjoyed a “pervasive favorable reputation with consumers based upon countless pleasant experiences they have had with both product and personnel,” Buffett wrote in his 1983 letter.

The attractive brand image allows the company to base its selling prices on the value of the product to the customer, not the cost of producing it, he added. Unsurprisingly, See’s has raised its prices from less than $2 a pound in 1972 to more than $20.

When Tesla CEO Elon Musk criticized economic moats like brand loyalty as “lame” on an earnings call in 2018, Buffett fired back. “Elon may turn things upside down in some areas,” he said at the next annual shareholder meeting, according to Fortune. “I don’t think he’d want to take us on in candy.” 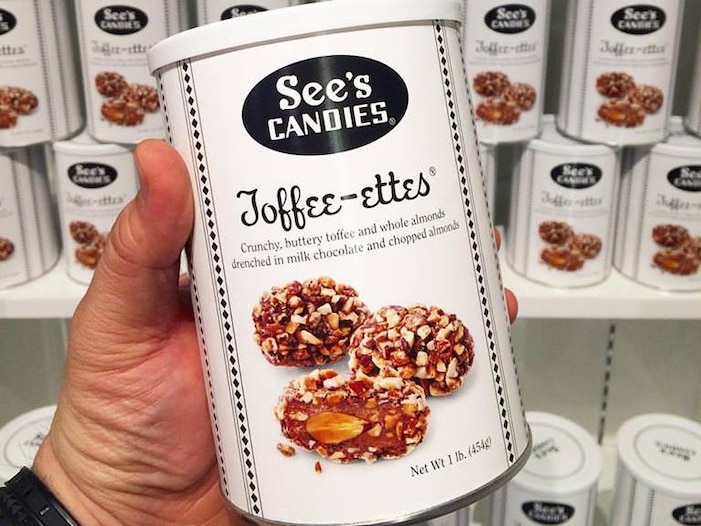 “Charlie and I put Chuck Huggins in charge of See’s about five minutes after we bought the company,” he wrote in his 1988 letter. “Upon reviewing his record, you may wonder what took us so long.”

Huggins, whose “love for the customer and the brand permeated the organization,” oversaw a tenfold increase in profits during his 34 years at the company, Buffett wrote in 2005.

“Candy stores are fun to visit, but most have not been fun for their owners,” he told investors in 1987. “From what we can learn, practically no one besides See’s has made significant profits in recent years from the operation of candy shops. Clearly, Chuck’s record at See’s is not due to a rising industry tide. Rather, it is a one-of-a-kind performance.”

While Huggins was evidently instrumental to See’s success, his retirement in 2006 didn’t tank the company. His successor, Brad Kinstler, was “taking the company to new heights,” Buffett wrote in 2011.

“Cheerful, helpful personnel are as much a trademark of See’s as is the logo on the box,” he wrote in his 1983 letter. 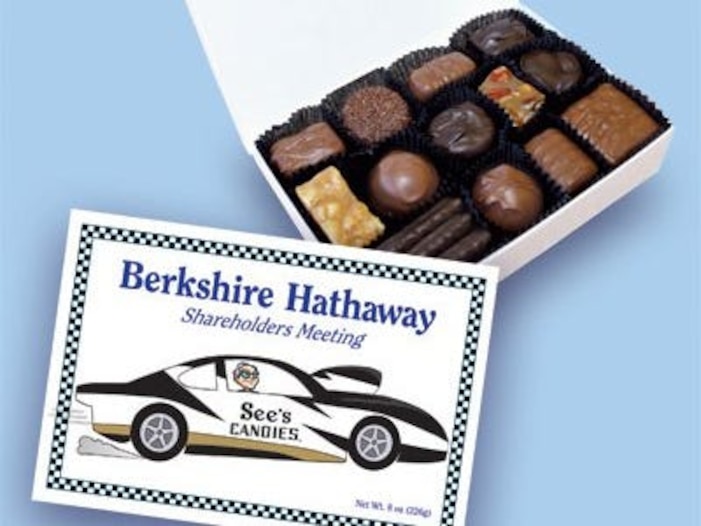 Buffett’s appetite for See’s chocolates may also be a factor in his fondness for the company. See’s products have been sold at Berkshire Hathaway’s annual meeting for years. In fact, attendees consumed more than 13,400 pounds of its products in 2013.

“Charlie and I will each consume enough Coke, See’s fudge and See’s peanut brittle to satisfy the weekly caloric needs of an NFL lineman,” Buffett pledged in his 2015 letter, referring to the upcoming annual meeting.

“Long ago we discovered a fundamental truth: There’s nothing like eating carrots and broccoli when you’re really hungry – and want to stay that way.”

Related posts:
Hot News
Rove: A Rudy Impeachment Defense Raises Likelihood of Trump Conviction
UK property: House prices hit record high at end of 2020 but what will happen in 2021?
Pelosi gets ‘sharp’ when asked about AOC during ’60 Minutes’ interview
State pension payments could be reduced by private plans – full list of affected schemes
dangers of vytorin
paxil versus celexa
buy online compazine online no prescription
Recent Posts
This website uses cookies to improve your user experience and to provide you with advertisements that are relevant to your interests. By continuing to browse the site you are agreeing to our use of cookies.Ok