Watch Mnuchin and Lagarde clash over the climate crisis

Davos, Switzerland (CNN Business)The annual meeting of business and political leaders in Davos wrapped up Friday with two of the world’s most powerful people disagreeing over how to address the climate crisis and youth activists excoriating the international elite for not doing enough to prevent global warming.

After a week of discussions at the World Economic Forum that were dominated by how to tackle the biggest problem the planet faces, the last big event of the conference produced a tense exchange between US Treasury Secretary Steven Mnuchin and Christine Lagarde, the president of the European Central Bank.
Mnuchin, who earlier this week questioned the credentials of climate activist Greta Thunberg, told panelists that long-term planning is futile when it comes to analyzing and containing climate change. 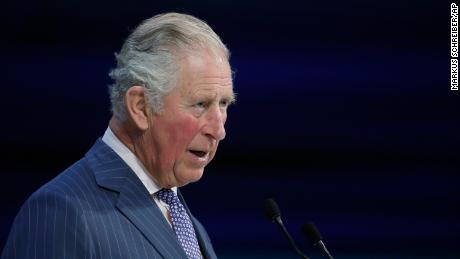 Lagarde disagreed. It was crucial to assess the risk that climate change poses to financial markets and the economy, she said, so it can be “anticipated, measured” and “hopefully mitigated.”

Mnuchin rushed to respond. “Christine, I think you can have a lot of people look at this and model it,” he said. “I just don’t want to kid ourselves. I think there’s no way we can possibly model what these risks are over the next 30 years with a level of certainty.”

The exchange highlighted the continuing divide between the United States and Europe over the climate crisis despite powerful calls for radical action from Prince Charles, among others.
Sustainability was the topic of scores of panels, meetings and cocktail conversations in Davos, where attendees and the media discussed the implications of recent announcements such as Microsoft’s (MSFT) plan to go “carbon negative” by 2030 and Blackrock’s (BLK) commitment to put the issue at the heart of its investment strategy.

The summit broke up with most delegates agreeing there’s a big problem but little consensus on what should happen next. It was perhaps the inevitable conclusion to an event that featured both Thunberg and US President Donald Trump, who bashed climate activists during a keynote address as “perennial prophets of doom.” 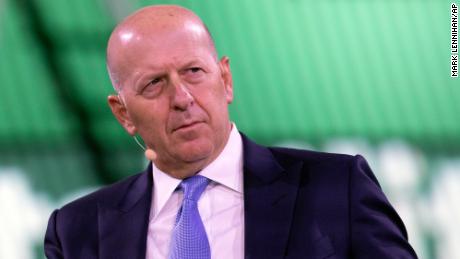 Thunberg, who was billed as a conference headliner, slammed Davos attendees on Friday for talking too much while taking no action. She had spent the week calling for an immediate end to subsidies for fossil fuels and complete divestment from the energy sources.
“Of course those demands have been completely ignored, but we expected nothing less,” she said at a press conference with four other youth activists. “As long as the situation is not being treated as a crisis, then world and business leaders can of course continue to ignore the situation.”
Fellow activist Louis Neubauer said the group planned to track the promises made by speakers and hold them to account.
“Here at the WEF we see and hear a lot of nice words and a lot of big speeches, and we expect throughout the next days and weeks and months every single one of those to be turned into action,” Neubauer said.
Some commitments from the conference could come to light in coming days. World Economic Forum founder Klaus Schwab kicked off the week with a letter asking that companies in attendance commit to net zero greenhouse gas emissions by 2050. The conference has not yet disclosed how many firms signed on.

Following their press conference, Thunberg and her fellow activists marched in protest down one of the alpine town’s main streets. It was just one sign of the pressure building on business and government leaders to produce tangible results.
“It is key that we do something now,” said German finance minister Olaf Scholz, who also participated in the panel with Mnuchin and Lagarde. “Waiting for the others is a possibly very dangerous strategy.”
Source: Read Full Article