What if kirana shops run out of stock?

’90 per cent of the food and grocery business is still with the kiranas.’
‘If kiranas are not allowed to operate, it becomes a serious issue.’

Metro Cash & Carry, one of the country’s biggest business-to-business wholesaler, has shut down eight of its 27 stores temporarily because of the lockdown.

Arvind Mediratta, bottom, CEO of the firm, tells Samreen Ahmad that employees were being threatened by the police and the situation was grim, with stores carrying just 5-7 days’s inventory.

How is Metro Cash & Carry running the show during the lockdown? What challenges are you facing?

We understand the situation and support the Centre’s decision to impose a 21-day lockdown.

A critical requirement during such times is access to food, groceries, and other essentials.

As of now, the situation is grim as 8 of our 27 stores are shut.

In addition, there is much confusion about what the central government’s notification said and how states have perceived it.

The advisory said retail and wholesale food stores would be open, but in states like Uttar Pradesh, Punjab and Gujarat, our stores have been shut down.

Even kirana stores have run out of stock.

We are in the business of servicing the kiranas, but if the stores are shut and we cannot deliver, it could lead to major shortage.

Our staff is being harassed and beaten up by the police. 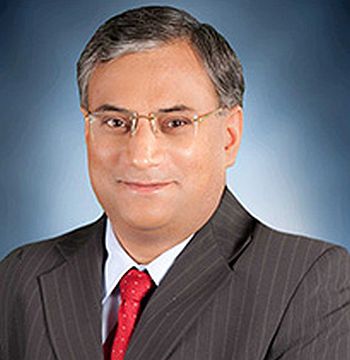 We are in discussions with state-level police commissioners.

The attendance in our stores has gone down to 15 per cent.

As state borders close down, what issues are you facing related to logistics?

Supplies have been interrupted at borders.

Our delivery vehicles with essential supplies are not being allowed to reach the kirana stores.

The entire supply chain has been disrupted.

We are carrying inventory for only 5 to 7 days for essentials, which otherwise used to be 15 to 20 days.

If the situation doesn’t improve, we will have a shortage throughout the country.

We are also getting requests to supply to the army and government offices, but cannot cater to them if stores are shut.

We seek support from the authorities to allow uninterrupted and smooth operations.

What role can e-commerce play?

In this country, 90 per cent of the food and grocery business is still with the kiranas.

Modern retail is only 8 per cent, while e-commerce contributes to a mere 2 per cent.

E-commerce cannot scale up overnight to cater to the entire population.

It mostly has a greater share in apparel and electronic goods.

Hence, if kiranas are not allowed to operate and cannot buy from us, it becomes a serious issue.

What provision is the company keeping for the safety of employees and customers?

We have stopped selling loose items and pre-packaging commodities, so there is no chance of infection through hands.

We are controlling the number of people getting into the stores through a token system.

At any given point, not more than 25 people are allowed, that too after checking the body temperature using IR thermometers.

Customers and employees are being given masks.

Hand sanitisers have been placed at about 80 to 100 locations inside the stores and trolleys are being sanitised.

Has the company stopped selling non-essentials in the stores? Where is most of the demand coming from?

Yes, we have stopped selling all non-essentials such as apparel and electronic goods since 10 days.

We have seen an increase in sale of rice, pulses, and cooking oil.

Cleaning products have seen a 70 to 80 per cent surge in demand.

Another category that has seen a jump in demand is storage containers, at 50 per cent.

Nobody had expected a 21-day lockdown, else sales growth would have been higher.

Are you already witnessing an increase in prices of commodities?

Right now we are not seeing any increase in wholesale prices but prices of edible oils and pulses are rising by up to 6 per cent.

If we are allowed to open, we can control the prices immediately.