Will coronavirus trigger a global recession?

At the start of this year, things seemed to be looking up for the global economy. True, growth had slowed a bit in 2019: from 2.9% to 2.3% in the US and from 3.6% to 2.9% globally. Still, there had been no recession and as recently as January, the International Monetary Fund projected a global growth rebound in 2020. The new coronavirus, Covid-19, has changed all of that.

Early predictions about Covid-19’s economic impact were reassuring. Similar epidemics – such as the 2003 outbreak of severe acute respiratory syndrome (Sars), another China-born coronavirus – did little damage globally. At the country level, GDP growth took a hit but quickly bounced back, as consumers released pent-up demand and firms rushed to fill back orders and restock inventories.

It is becoming increasingly clear, however, that this new coronavirus is likely to do much more damage than Sars. Not only has Covid-19 already caused more deaths than its predecessor; its economic consequences are likely to be compounded by unfavourable conditions – beginning with China’s increased economic vulnerability.

Donald Trump isn’t safe yet, but the economy is working well for him | Michael Boskin

China’s economy has grown significantly more slowly in the last decade than it did previously. Of course, after decades of double-digit growth, that was to be expected and China has managed to avoid a hard landing. But Chinese banks hold large amounts of non-performing loans – a source of major risks.

As the Covid-19 outbreak disrupts economic activity – owing partly to the unprecedented quarantining of huge subsets of the population – there is reason to expect a sharp slowdown this year, with growth falling significantly below last year’s official rate of 6.1%. During the recent meeting of G20 finance ministers, the IMF downgraded its growth forecast for China to 5.6% for 2020 – its lowest level since 1990.

This could hinder global growth considerably because the world economy is more dependent on China than ever. In 2003, China constituted only 4% of global GDP; today, that figure stands at 17% (at current exchange rates).

Moreover, because China is a global supply-chain hub, disruptions there undermine output elsewhere. Commodity exporters – including Australia, and most of Africa, Latin Americaand the Middle East – are likely to be affected the most, as China tends to be their largest customer. But all of China’s major trading partners are vulnerable.

For example, Japan’s economy already contracted at an annualised rate of 6.3% in the fourth quarter of 2019, owing to last October’s consumption-tax increase. Add to that the loss of trade with China, and a recession – defined as two consecutive quarters of shrinking GDP – now seems likely.

European manufacturing could also suffer considerably. Europe is more dependent on trade than, say, the US and is linked even more extensively to China through a web of supply chains. While Germany narrowly escaped recession last year, it may not be so lucky this year, especially if it fails to undertake some fiscal expansion. As for the UK, Brexit may finally have the long-feared economic consequences. 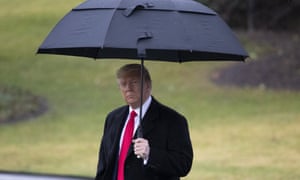 All of this could happen even if Covid-19 does not become a full-blown pandemic. In fact, while the virus is proliferating in some countries, such as South Korea, a high infection rate is not a prerequisite for economic hardship. The spectre of contagious disease tends to have a disproportionate impact on economic activity because healthy people avoid traveling, shopping and even going to work.

Some still cling to growth optimism, rooted in recent trade agreements negotiated by the US president Donald Trump’s administration: the phase one deal with China and the revised free-trade agreement with Canada and Mexico. But while those agreements are far better than they would have been had Trump stuck to the hardline positions he once defended, they do not represent an improvement over the situation that prevailed before he took office; if anything, their net impact is likely to be negative.

Consider the phase one deal with China: not only does it leave in place high tariffs; it also remains fragile, owing to a lack of credibility on both sides. In any case, its impact is likely to be limited. China may not be able to deliver on its promise to purchase an extra $200bn worth of goods from the US, and even if it does, that is unlikely to translate into higher US exports. Instead, those exports will simply be diverted from other customers.

While global recessions are exceedingly difficult to forecast, the odds of one – particularly one characterised by less than 2.5% growth, a threshold set by the IMF – now seem to have risen dramatically. (Unlike advanced-economy growth, global growth rarely falls below zero because developing countries have higher average trend growth.)

So far, US investors seem unconcerned about these risks. But they may be taking too much comfort from the US Federal Reserve’s three interest-rate cuts last year. Should the US economy falter, there is nowhere near enough room for the Fed to cut interest rates by 500 basis points, as it has in past recessions.

Even if a recession does not materialise in the near term, Trump’s approach to trade may herald the end of the era when steadily rising international trade (as a share of GDP) buttressed global peace and prosperity. Instead, the US and China may continue on the path toward economic decoupling, within the context of a broader process of de-globalisation. Covid-19 did not place the world’s two largest economies on this path but it could well hasten their journey along it.

• Jeffrey Frankel is a professor at Harvard University’s John F Kennedy School of Government. He served as a member of President Bill Clinton’s Council of Economic Advisers