Your Thanksgiving meal will cost more this year

New York (CNN Business)You’ve probably realized that shopping for food and household basics is more expensive these days. Expect to keep paying more for groceries in 2022.

Prices shoppers paid for groceries climbed 1% in October from September and were 5.4% higher than at the same time last year, according to data released Wednesday by the Bureau of Labor Statistics.
Overall, prices, which also include things like rent, cars and energy, climbed 6.2% over the last 12 months, the largest increase since 1990. 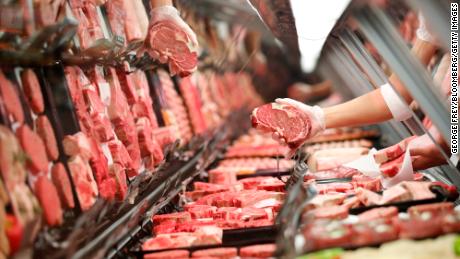 Why are prices rising, and how much longer will that last?

Grocery prices stagnated from 2015 through 2019, but have increased during the pandemic. In 2020, grocery prices increased 3.7% from the year prior.
Food manufacturers and grocers have faced higher costs for commodities, labor, transportation and other expenses during the pandemic. Those costs have escalated in recent months, leading manufacturers to pass off some of these costs to their retail customers, who in turn have passed on a portion to consumers.
The producer-price index, which measures the price manufacturers receive for their goods and services, jumped 0.6% last month from September and rose 8.6% annually.
Persistent supply chain pressures mean higher prices at the grocery store will likely stick around for a bit. Big manufacturers of familiar food and household staple brands such as Kraft Heinz (KHC), Mondelez (MDLZ), Procter & Gamble (PG), Clorox (CLX), and Tyson Foods (TSN) say they plan to hike prices on snacks, toiletries, meat and more for their retail customers in early 2022 to combat rising costs. MOVED THIS: Companies are also pulling back on discounts on many items at stores because demand is strong and they don’t want to run out of their limited supplies of goods. 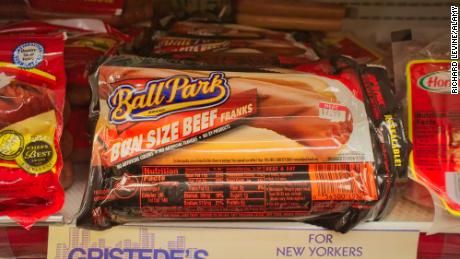 “We continue to face accelerating levels of extraordinary inflation,” Tyson said in a letter to retail customers last month in which it announced it would be raising prices next year on brands such as Ball Park hot dogs and Jimmy Dean frozen breakfast. “The sustained duration and significant impact of the inflation necessitates additional pricing action.”
“We’ve been increasing prices, and we plan to increase prices more than we’ve done…for quite a while as a company,” Mondelez CEO Dirk Van de Put said on an earnings call with analysts last week. Mondelez makes brands such as Oreo and Chips Ahoy. Van de Put said a 6%-to-7% price increase will take effect on its US products in January.
Market research firm IRI projects that inflation on food, beverages and household basics will climb to 8% during the first half of 2022 before settling at 4% during the latter half of the year. IRI tracks prices, point-of-sale and volume data, promotions and trends at big-box stores, wholesale clubs, supermarkets, pharmacies and other channels. The firm also consults with some of the largest retailers and brand manufacturers in the United States and conducts consumer surveys.

While higher prices for food are impacting families across the country, low-income shoppers get hit hardest when essentials become more expensive. These consumers have less disposable income and already spend a bigger share of their wallet on essentials than wealthier consumers.
“Families that have to spend a higher share of their incomes on necessities get squeezed more when the prices of necessities increase,” Diane Whitmore Schanzenbach, director of the Institute for Policy Research at Northwestern University, said in a recent email.
According to 2019 data, the latest available, households in the lowest-income group spent an average of $4,400 on food —representing 36% of their income — while households in the highest-income segment spent an average of $13,987 on food, representing 8% of income, according to the Department of Agriculture. 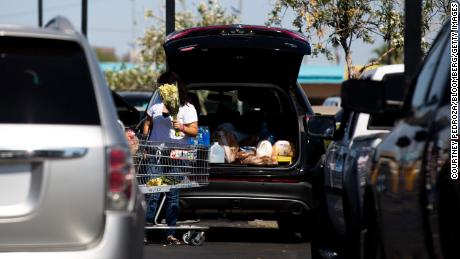 Despite the price hikes, a recent boost in federal benefits such as food stamps as ell as the child tax credit, coupled with higher wages, may help low-income shoppers handle the increases.
A boost in federal food stamps may help alleviate some cost pressures for shoppers on the Supplemental Supplemental Nutrition Assistance Program, or SNAP. More than 41 million people were enrolled in the program in July, according to the most recent data from the US Department of Agriculture
Benefits starting in October jumped 27% above pre-pandemic levels, on average— the largest increase in the program’s history. The change stems from a revision of the Thrifty Food Plan, which determines the benefit amounts of SNAP recipients. The update comes as part of a US Department of Agriculture review of the food stamp program required under the 2018 Farm Bill.
The average monthly benefit will jump to $169 per person under the revision, according to the agency, up from $121 per person before the coronavirus pandemic.
Low-wage workers are also benefiting from “eye-popping” raises in the tight labor market, according to Goldman Sachs. Pay for low-wage workers rose 5.3% annually during the second quarter of the year, the bank said in a report last month. And the enhanced child tax credit— which provides families with up to $3,600 a year for each child up to age 6 and $3,000 for each one ages 6 to 17 — has helped families pay for higher prices.

What does it mean for shoppers and stores?

Consumers have shown a willingness to accept higher prices for food and household basics without much of a drop-off in spending.
That may not last much longer.
In 2007, 2008 and 2011, prices grew more than 5% on groceries, which resulted in volume declines (shoppers buying less of a product or switching to a cheaper version), according to IRI. The firm projects that this will happen in 2022, with volume dropping by up to 5% compared with this year.
IRI says customers are beginning to trade down in areas of the store where prices have spiked highest.
“Shoppers are paying more for some categories, like meat, and are beginning to trade down to cheaper alternatives,” said Krishnakumar Davey, president of IRI’s strategic analytics practice. Some shoppers are switching from premium cuts such as rib-eye, sirloin and beef loin to ground beef, ground turkey and ground lamb, according to IRI point-of-sale data and conversations with grocers and manufacturers.
Higher grocery bills may benefit discount stores at the expense of full-price supermarkets.
When prices at customers’ regular stores become unaffordable, they are more willing to walk out for cheaper ones. That may lift companies like Walmart (WMT), Dollar General (DG), Aldi and other discount chains that cater in part to lower-income shoppers, say analysts.

One discount supermarket, Grocery Outlet (GO), expects inflation will push more shoppers to its budget stores.
Higher prices are “very much noticed by consumers” and “increasingly something that will cause them to change patterns or look for ways to save money,” CEO Eric Lindberg said on an earnings call with analysts Tuesday. “We think that ultimately turns in our favor.”
Source: Read Full Article