A Nobel Prize for the economics of panic

Do people still read Rudyard Kipling’s If? Even if you haven’t, you probably know how it begins: “If you can keep your head when all about you are losing theirs …” Refusing to panic, Kipling asserted, was a great virtue.

But during a bank run, refusing to panic can also be a way to lose all your money.

On Monday, the Nobel Prize in Economics was given to a household name, Ben Bernanke, and two economists’ economists, Douglas Diamond and Philip Dybvig, largely for papers they published almost 40 years ago. So let’s talk about their work and why, unfortunately, it remains all too relevant. 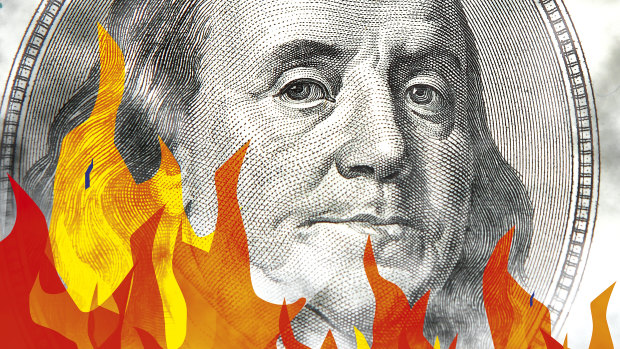 During a bank run, refusing to panic can be a way to lose all your money.Credit:Sam Bennett

An aside: I sometimes encounter people who insist that the economics prize isn’t a “real” Nobel, because it’s just an award handed out by some Swedes, unlike the other prizes, which are … awards handed out by some Swedes. Yes, I may be talking my own book here, since I got one of these things myself in 2008, but it’s hard to deny the importance of the economics work the Swedes just honoured.

Obviously, Bernanke, Diamond and Dybvig weren’t the first economists to notice that bank runs happen. But Diamond and Dybvig provided the first really clear analysis of why they happen — and why, destructive as they are, they can represent rational behaviour on the part of bank depositors.

Their analysis was also full of implications for financial policy. At the same time, Bernanke provided evidence on why bank runs matter and, although he avoided saying so directly, why Milton Friedman was wrong about the causes of the Great Depression.

Diamond and Dybvig offered a stylised but insightful model of what banks do. They argued that there is always a tension between individuals’ desire for liquidity — ready access to funds — and the economy’s need to make long-term investments that can’t easily be converted into cash.

During a panic, the rational thing to do is to panic along with everyone else.

Banks square that circle by taking money from depositors who can withdraw their funds at will — making those deposits highly liquid — and investing most of that money in illiquid assets, such as business loans.

So banking is a productive activity that makes the economy richer by reconciling otherwise incompatible desires for liquidity and productive investment. And it normally works because only a fraction of a bank’s depositors want to withdraw their funds at any given time.

This does, however, make banks vulnerable to runs. Suppose that for some reason many depositors come to believe that many other depositors are about to cash out, and try to beat the pack by withdrawing their own funds. To meet these demands for liquidity, a bank will have to sell off its illiquid assets at fire sale prices, and doing so can drive an institution that should be solvent into bankruptcy. If that happens, people who didn’t withdraw their funds will be left with nothing. So during a panic, the rational thing to do is to panic along with everyone else.

There was, of course, a huge wave of banking panics in 1930-31. Many banks failed, and those that survived made far fewer business loans than before, holding cash instead, while many families shunned banks altogether, putting their cash in safes or under their mattresses. The result was a diversion of wealth into unproductive uses. In his 1983 paper, Bernanke offered evidence that this diversion played a large role in driving the economy into a depression and held back the subsequent recovery.

As I said, this was a tacit rejection of Milton Friedman. In the story told by Friedman and Anna Schwartz, the banking crisis of the early 1930s was damaging because it led to a fall in the money supply — currency plus bank deposits. Bernanke asserted that this was at most only part of the story; his paper was, in fact, titled “Non-Monetary Effects of the Financial Crisis in the Propagation of the Great Depression.”

What can be done to mitigate the risk of self-fulfilling panic? As Diamond and Dybvig noted, a government backstop — either deposit insurance, the willingness of the central bank to lend money to troubled banks or both — can short-circuit potential crises. Indeed, the mere knowledge that a backstop exists can often quell a bank run; no money need actually change hands.

But providing such a backstop raises the possibility of abuse; banks may take on undue risks because they know they’ll be bailed out if things go wrong. Case in point: the huge costs to taxpayers of bailing out irresponsible players during the savings and loans crisis in the 1980s. So banks need to be regulated as well as backstopped. As I said, the Diamond-Dybvig analysis had remarkably large implications for policy. 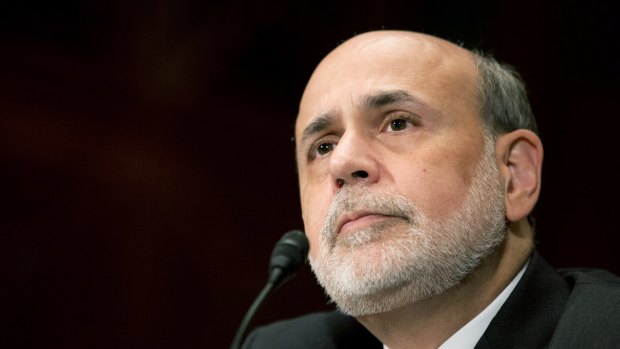 Another implication of their work, which unfortunately went unheeded for decades, was that we need to think carefully about what we mean by a “bank.” It doesn’t have to be a big marble building with rows of tellers. From an economic point of view, banking is any form of financial intermediation that offers people seemingly liquid assets while using their wealth to make illiquid investments.

This insight was dramatically validated in the 2008 financial crisis. Conventional banks were, for the most part, unaffected by the panic; there was no mass exodus from bank deposits. By the eve of the crisis, however, the financial system relied heavily on “shadow banking” — banklike activities that didn’t involve standard bank deposits.

For example, many corporations had taken to parking their cash not in deposits but in “repo” — overnight loans using things like mortgage-backed securities as collateral. Such arrangements offered a higher yield than conventional deposits. But they had no safety net, which opened the door to an old-style bank run and financial panic.

And the panic came. The conventionally measured money supply didn’t plunge in 2008 the way it did in the 1930s — but repo and other money-like liabilities of financial intermediaries did.

Fortunately, by then Bernanke was chair of the Federal Reserve. He understood what was going on, and the Fed stepped in on an immense scale to prop up the financial system.

Finally, a sort of meta point about the Diamond-Dybvig work: Once you’ve understood and acknowledged the possibility of self-fulfilling banking crises, you become aware that similar things can happen elsewhere.

Perhaps the most notable case in relatively recent times was the euro crisis of 2010-12. Market confidence in the economies of southern Europe collapsed, leading to huge spreads between the interest rates on, for example, Portuguese bonds and those on German bonds.

The conventional wisdom at the time — especially in Germany — was that countries were being justifiably punished for taking on excessive debt. But Belgian economist Paul De Grauwe argued that what was actually happening was a self-fulfilling panic — basically a run on the bonds of countries that couldn’t provide a backstop because they no longer had their own currencies.

Sure enough, when Mario Draghi, the president of the European Central Bank at the time, finally did provide a backstop in 2012 — he said the magic words “whatever it takes,” implying that the bank would lend money to the troubled governments if necessary — the spreads collapsed and the crisis came to an end.

So here’s to a well-deserved Nobel that unfortunately remains relevant.