Accountants say the states’ COVID-19 relief schemes for business are too bureaucratic and difficult to access and are calling for the whole effort to be handed over to the Commonwealth.

The call comes from professional body Certified Practising Accountants Australia and has been made as Melbourne’s beleaguered businesses face another day’s wait to see Victoria’s fresh bailout package as Andrews government ministers continue to thrash out a deal with the Commonwealth on a shared commitment. 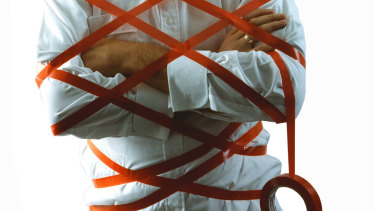 Premier Daniel Andrews said on Tuesday that he hoped a new relief package could be made public on Wednesday. But the two governments had not finalised the design of the scheme or the dollar amount in time for a Thursday announcement.

The state government defended its performance in getting money to businesses suffering under lockdowns, saying more than $1.5 billion had been paid out since June.

Victoria also published on Wednesday its list of “critical infrastructure” projects, which are exempt from the tough restrictions imposed on the building industry as part of Monday’s stepped-up lockdown for Melbourne.

Work on the giant new national quarantine site at Mickleham, north of Melbourne, will continue at full capacity as well as many of the large projects in the state’s Big Build program, including the troubled West Gate Tunnel, the North East Link and the signature level-crossing removal project.

CPA Australia chief executive Andrew Hunter said respondents to a survey of accountants around the country had told the peak body they were having trouble accessing the state relief schemes on behalf of clients in Victoria, NSW and Queensland.

“We’ve grown increasingly frustrated with failures by governments to plan for lockdowns and with red tape holding up the delivery of vital financial support to businesses,” Mr Hunter said.

Although the worst of the issues had been ironed out in Victoria, he said all the schemes should be handed over to the Commonwealth, which he believed was better suited to the job of quickly getting emergency relief funds to where they were needed.

Mr Hunter cites the success of the Morrison government’s JobKeeper program in keeping millions of workers in employment when the pandemic first forced Australia to lock down in early 2020, and the Rudd government’s $900 income tax refunds during the global financial crisis in 2009.

“Like any test, if you go back with hindsight and apply it, you’ll find problems with it. But they [the federal government] were under a lot of pressure to keep businesses open and keep people in jobs and that’s what they achieved.”

A spokesman for Victorian Industry Recovery Minister Martin Pakula said the announcement of relief packages had been swift and that large sums of money had flowed to businesses quickly.

“We have swiftly announced support for businesses at the outset of every lockdown and will continue to respond quickly to changing circumstances,” the spokesman said.

“Automatic support payments totalling $1.5 billion have been deposited into the accounts of Victorian businesses since June – totally removing any red tape from the process.”

Stay across the most crucial developments related to the pandemic with the Coronavirus Update. Sign up for the weekly newsletter.