White House press secretary Jen Psaki said Monday that President Biden will unveil a tax-increase proposal to pay for the first part of his sweeping, multitrillion-dollar infrastructure plan this week.

Biden is slated to travel to Pittsburgh on Wednesday to announce details of the next big-ticket economic package, which will serve as the basis of his "Build Back Better Plan," Psaki told reporters. He will also lay out how he intends to pay for the package.

"We'll have more to say about it once we actually roll out the package, but what we want to make clear, the president has a plan to fix our infrastructure and a plan to pay for it," she said during the daily White House press briefing.

Specific details of the measure are still unknown, but it's widely expected to include a slew of tax hikes, including raising the corporate tax rate to 28% from 21%, increasing the income tax rate on individuals earning more than $400,000, expanding the estate tax, creating a higher capital-gains tax rate for individuals earning at least $1 million annually and paring back tax preferences for so-called pass-through businesses.

The Washington Post reported on Monday the proposal could include as much as $4 trillion in new spending and more than $3 trillion in tax increases.

The Biden administration is planning to break up the legislative effort into two main components: One focused primarily on infrastructure and clean energy investments — which Biden will introduce on Wednesday — and a second centered on issues like child care and universal pre-kindergarten that will be rolled out in April, Psaki said. 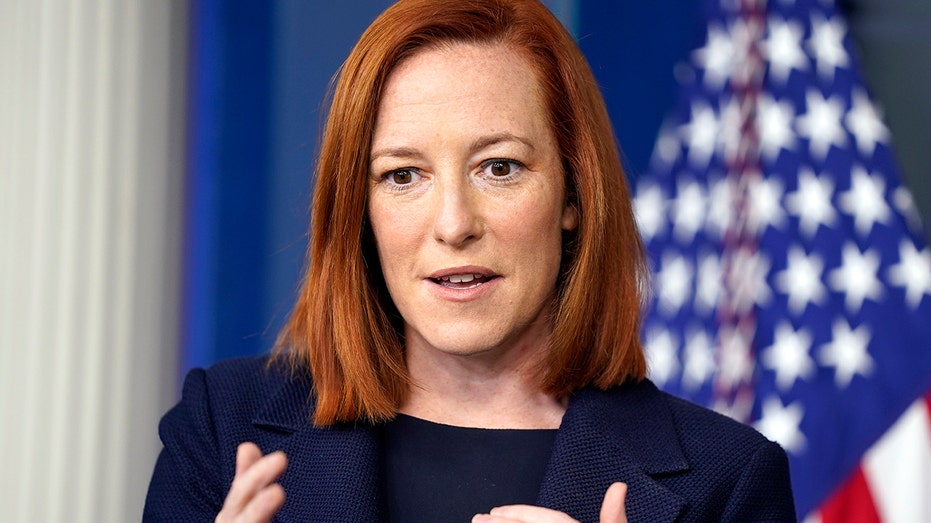 The tax hikes are expected to be similarly divided; the infrastructure part of the bill would be funded by taxing corporations, including raising the corporate tax rate to 28%, increasing the global minimum tax paid from about 13% to 21%, ending federal subsidies for fossil fuel companies and forcing multinational companies to pay the U.S. tax rate rather than the lower rates offered by foreign subsidiaries, The Post reported last week.

The second part of the legislation focused on domestic priorities, meanwhile, would be paid for by increasing the highest income tax rate from 37% to 39.6%, raising taxes on wealthy investors and limiting deductions that rich taxpayers can claim annually, the Post reported.

"He of course believes that investing in our infrastructure, continuing to create good-paying union jobs is front and center," Psaki said. "But he also believes we have an opportunity to rebalance, to address our tax code that is out of date. Some could pay more in our country that are not currently."

But the tax proposals have already spurred criticisms from Republicans, as well as some moderate Democrats who are wary of raising tax rates while the economy is still recovering from the coronavirus pandemic. Psaki said that Biden is open to discussing different ways to fund the package with lawmakers.

"Once he proposes that our focus is also on having that engagement and discussion with members of Congress," Psaki said. "If they share a goal of building our infrastructure for the future but don't like the way he's going to propose to pay for it, we're happy to look at their proposals."