We are little more than six months in, and already Joe Biden’s presidency is coming apart at the seams. America’s humiliation at the hands of the Taliban’s ragtag army of motorcycle-mounted zealots would appear at first glance to have few implications for the economy and the stock market – but if it harms Biden’s ability to get his domestic agenda through Congress, or otherwise undermines its credibility, then it most certainly does.

Foreign policy was meant to be one of Biden’s strong points after the chaos of the Trump years but the fiasco of America’s exit from Afghanistan has made Biden’s predecessor look almost sure-footed. Both were on the same page in wanting to disengage from Afghan “nation building” – arguably always a hopeless endeavour as far as this warring country is concerned, and with little wider support among American voters. 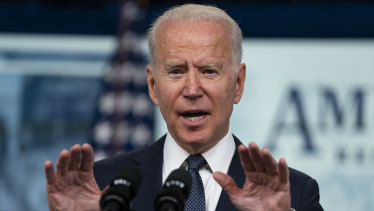 But execution is something else, and that Biden has profoundly messed up now looks pretty much unarguable. Americans may have been in favour of withdrawal but they don’t like to see the US humiliated; Biden’s approval ratings will already have plummeted, and his chances in the midterms will have been correspondingly damaged.

If he can get it so wrong in Afghanistan, emboldening America’s enemies almost everywhere, you have to ask yourself what else he is misjudging. The economy, inflation, and public spending seem all too possible answers.

As it is, both economic confidence and sky high stock market valuations are buoyed by the abandon of the US president’s $US6 trillion ($8.3 trillion) spending plans. The infrastructure bit of the package is uncontentious, and by itself would sail through Congress without trouble. Almost everyone agrees that US infrastructure is seriously in need of an upgrade.

The same cannot be said, however, of the $US3.5 trillion element of the stimulus branded the American Families Plan, which has riled even some Democrats. Attempts to conjoin the two in the hope of bulldozing them through as a job lot seems to have got everybody’s backs up, and therefore threaten to scupper the wider plan. Something will no doubt eventually emerge, but it may be a watered-down version of the original.

Biden’s calculation in pushing ahead with the Afghan withdrawal was that it would play well with America First, rust belt type voters who otherwise might drift back to Trump-style Republicanism in the midterms.

Ending America’s longest ever war was a promise he was determined to stick to. But the withdrawal has backfired horribly, with America made to look incompetent, heartless, weak and short-sighted.

Leaving Afghans to their fate will not go down well with many Democrats, especially if the Taliban is true to its past, murderous and misogynistic form. Can you imagine the liberal outrage there would have been had this great humiliation occurred under Trump’s watch? Already, America’s liberal leaning media has been unforgiving.

In any case, the disaster of Afghanistan raises new questions about the president’s judgment, as well as the quality of his policy advice in general, heaping further opprobrium on a presidency that seems to be coming off the rails on multiple fronts. 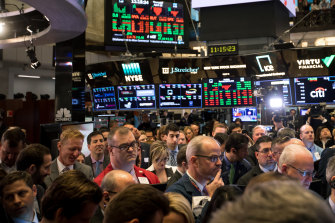 Concern over the inflationary consequences of Biden’s domestic agenda is meanwhile growing by the day. Policy on immigration, China (which will no doubt fill the vacuum left in Afghanistan by Western departure) and much else seems equally open to criticism.

Only a month ago, Biden defended his decision to follow the military pullout agreed by his predecessor by saying that a clean sweep by the Taliban was “highly unlikely”.

In the event, it has proved all too easy. Corrupt and incompetent, the Afghan government’s authority relied almost wholly on US military support. No one can blame the US for wanting to exit this never-ending war. If it had stayed, it would no doubt have been in exactly the same position 20 years hence, but hundreds of billions poorer still. Rather it was the manner of the departure which was so ill-judged. If Biden can be wrong about the Taliban, he is also likely to be wrong about much else. Does anyone, for instance, any longer believe the assurances about the “transitory” nature of today’s spike in inflation?

As a president, Biden is already starting to look more like a Jimmy Carter than a Franklin D Roosevelt – well meaning but ineffective, and certainly far from the steadying hand on the tiller that you would want for times such as these. Ultimately, that’s not going to be good, either for the economy or the stock market.

Meanwhile, the administration is battling a renewed wave of COVID-19 infections, fuelled by a rampant Delta variant and widespread vaccine hesitancy. It’s all shaping up to be a bleak backdrop to the 20th anniversary of 9/11. The military pull-out was meant to bring the traumas of American involvement in Afghanistan to a close, but has instead left everyone questioning what the vast amounts spent on America’s “war on terror” has actually achieved. Precisely nothing seems to be the answer.

Comparisons with the fall of Saigon in 1975 look only too legitimate. Like Vietnam, American engagement in Afghanistan has proved a monumental and tragic waste of lives and money, ultimately leaving everything back where we started.

In both cases, America’s military might, backed by the latest technology, proved no match for the conviction and guerrilla tactics of committed, indigenous enemies fighting for a cause.

Might this ignominious end to Western ambition also puncture the hubris of America’s long bull market? In this regard at least, there are few parallels with the US withdrawal from Vietnam. The Dow Jones took a beating after the fall of Saigon but the bear market was by that stage already well established, whereas today we are still basking in the irrational exuberance of one of the longest bull markets in history.

You can have guns or butter, war or consumption, but not both, someone once said. The US tried to do both at the time of Vietnam, and it sucked America dry; investors knew it long before the politicians. The curiosity is that they have ignored this old truism in the war on terror, sending stock prices soaring even as everything else goes to hell in a handcart.

All the same, there are some obvious similarities between the two wars in terms of a perceived blow to supposed Western prowess. As a president, Biden is already starting to look more like a Jimmy Carter than a Franklin D Roosevelt – well meaning but ineffective, and certainly far from the steadying hand on the tiller that you would want for times such as these. Ultimately, that’s not going to be good, either for the economy or the stock market.