American Bus Association President and CEO Peter Pantuso tells ‘Varney & Co.’ that this year revenue for the industry is down more than $7 billion from pre-pandemic levels.

American Bus Association President and CEO Peter Pantuso told "Varney & Co." on Monday that the bus industry is "really in peril right now," noting that there are challenges all "across the board."

Pantuso listed some of the challenges the industry is currently dealing with, noting that fewer people have been commuting to work and conventions have been slow to return following the COVID pandemic.

"On the charter bus side, planning takes a long time, sometimes months, sometimes years," he told host Stuart Varney, noting that conventions and other events, which often use charter buses have been "slow to come back."

Pantuso, who is the CEO of the trade organization for motorcoach operators and tour companies in the U.S. and Canada, also told Varney that scheduled buses have only rebounded about 50% since the onset of the pandemic."

"Across the board, the industry is still operating at about 50%," he said, noting that the number is better than 2020, "but a far cry from where we would normally be."

During the pandemic, busses that transport entertainers, tourists, commuters, sports teams and students were losing millions as employees became unemployed and with many people continuing to work from home following coronavirus shutdowns.

Between 80 and 95% of motorcoach trips were canceled due to the coronavirus pandemic, a loss that amounted to a staggering $4.8 billion since mid-March when the virus broke out resulting in nearly 28,000 industry-wide job losses, according to data commissioned by the American Bus Association with economic research firm John Dunham and Associates. 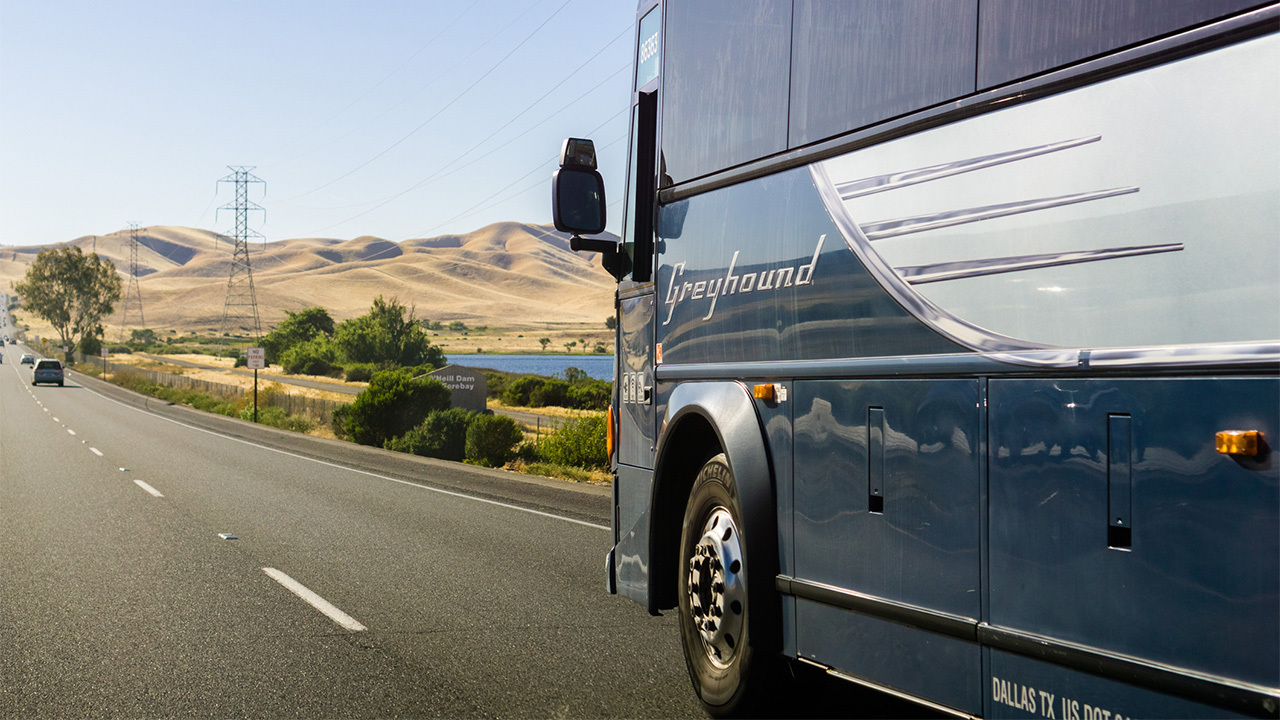 American Bus Association President and CEO Peter Pantuso says the industry faces challenges ‘all across the board’ with less people commuting to work and conventions slow to return following the COVID pandemic.

On Monday Pantuso told Varney that revenue for the private bus industry is currently down about $7 billion compared to 2019 and pointed out that 2020 "was even worse."

"We are typically a $15.3 billion industry," he explained. "Last year we operated at about $2.6 billion and this year… we’re down over $7 billion."

He told Varney that while the industry got "a little" financial relief from the federal government, more help is needed.

"There was a bill we had in Congress that would have given the industry $10 billion. It would have been divided between the motorcoach industry, passenger vessel and school bus," Pantuso said. "And in the final analysis in September got cut from $10 billion to $2 billion."

"We’re asking Congress for a little more help," he added. "Not a handout, a bailout, just a bridge to get us through the pandemic."

Pantuso said so far there is no word if that request would be granted as funding for the bus industry was not included in the $1.2 trillion infrastructure bill that President Biden is expected to sign into law on Monday, but said he is hopeful that Congress will help.

"We’re one of the only industries that I know of that are still operating at less than 50% capacity right now," he told Varney. "We’re the industry that moves the military. We move people out of harm’s way when hurricanes are approaching. We’re a small family business."

"We’re everything that America stands for and we need a little bit of extra help right now in these tough times," he continued.