Renaissance Macro Research partner and former Treasury official Steve Pavlick says President Biden is relying on the ‘who’s who’ of adversaries for oil.

California Democrats have unveiled a new proposal that would send a $400 rebate to every taxpayer in the state to help offset the financial pain of surging gasoline prices.

The plan comes amid mounting pressure on California lawmakers to address sky-high prices at the pump, one week after gasoline costs hit another record. Money would go to all California taxpayers – not just motorists.

"This proposed $400 rebate would cover the current 51 cents-per-gallon gas tax for one full year, 52 trips to the pump for most vehicles," the lawmakers wrote in a letter addressed to Gov. Gavin Newsom. "Notably, we believe a rebate is a better approach than suspending the gas tax – which would severely impact funding for important transportation projects and offers no guarantee that oil companies would pass on the savings to consumers."

Prices for a regular gallon of gas hit $4.28 nationwide on Thursday, according to AAA, up from $2.87 one year ago. But California – as is usually the case – has seen the steepest prices in the country, with a gallon of gas reaching $5.78. In some parts of the state, prices are even higher: Mono County has recorded an average price of $6.50 per gallon.

During a Thursday press conference, Assembly members argued the rebate is a better option than temporarily suspending the 51-cent-per-gallon gas tax because it provides recipients more leeway in how they use the money. They suggested they want the money to go out as soon as spring.

Newsom, a Democrat, has previously expressed support for alleviating the pain of rising gas prices by waiting to implement a 5.6% tax hike scheduled to take effect on July 1. But an analysis from LAO found it would only save drivers about 3 cents per gallon. Newsom's office has also floated the possibility of a rebate that could go toward residents with cars registered in California.

California state Republicans introduced a bill in January that would immediately suspend the gas tax in response to the surging prices and backfill the projects from the state's $45 billion surplus, but the proposal failed to secure enough votes on Monday. 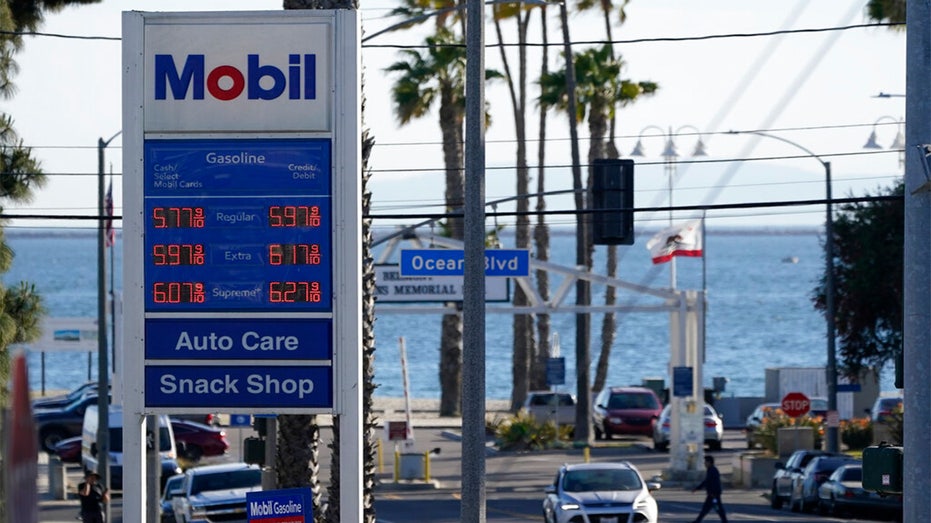 The lawmakers said they are open to supporting rebate in the future, but only in addition to a gas tax holiday.

One Wall Street analyst estimated that higher fuel prices could cost the average American household an extra $2,000 per year.

The sky-high gas prices have roots in the faster-than-expected economic recovery from the pandemic, which has triggered the hottest inflation in decades amid strong consumer demand, an influx of government stimulus and disruptions in the global supply chain.

But in recent weeks, the war between Ukraine and Russia has sent global prices even higher as it impedes the world's access to energy supplies. Even though oil prices dipped below $100 per barrel on Monday amid talks between the two nations, gas prices remained high.