China Eastern Airlines crash that killed 132 may have been intentional: report

The Chinese airliner that crashed into a mountain in March was put into a near-vertical nosedive by someone in the cockpit, The Wall Street Journal reported Tuesday.

The late March crash killed all 132 passengers on the plane, a Boeing 737-800. Investigators uncovered both black boxes on the plane soon after the crash, and they indicate the plane's controls were used to pitch the aircraft into a dive, according to U.S. officials who spoke with the Journal.

Searchers uncovered the plane's cockpit voice recorder on March 27, sending it to Beijing. China then transferred the device to the U.S. National Transportation Safety Board (NTSB) in early April. The NTSB also sent investigators to China to assist in the inquiry.

The contents of the voice recorder have yet to be publicized, however. 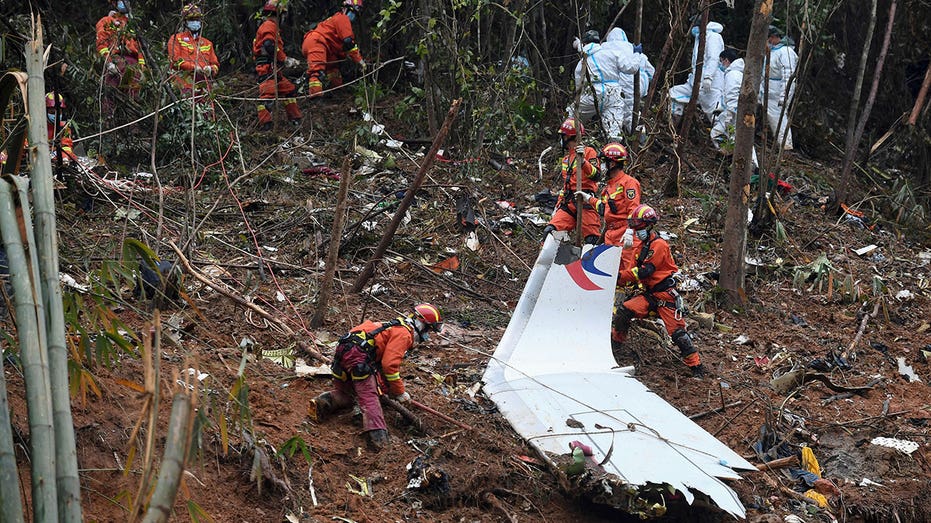 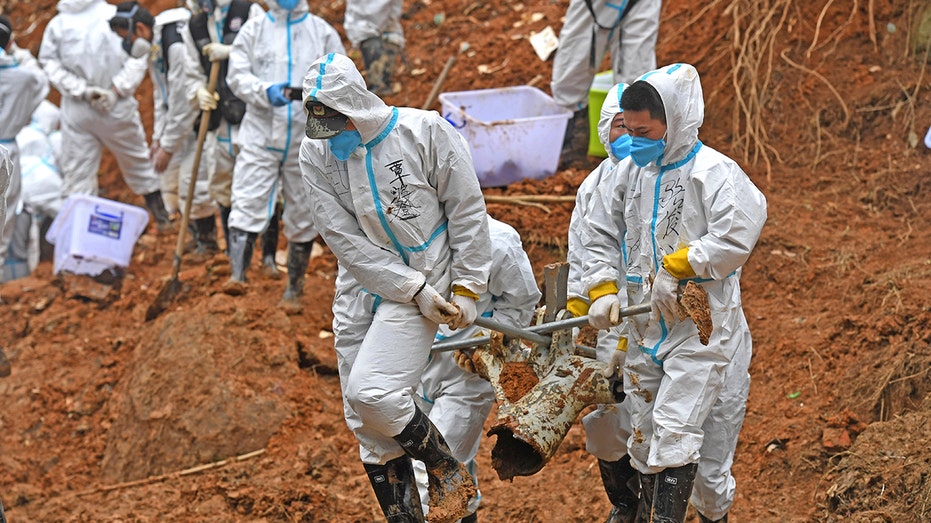 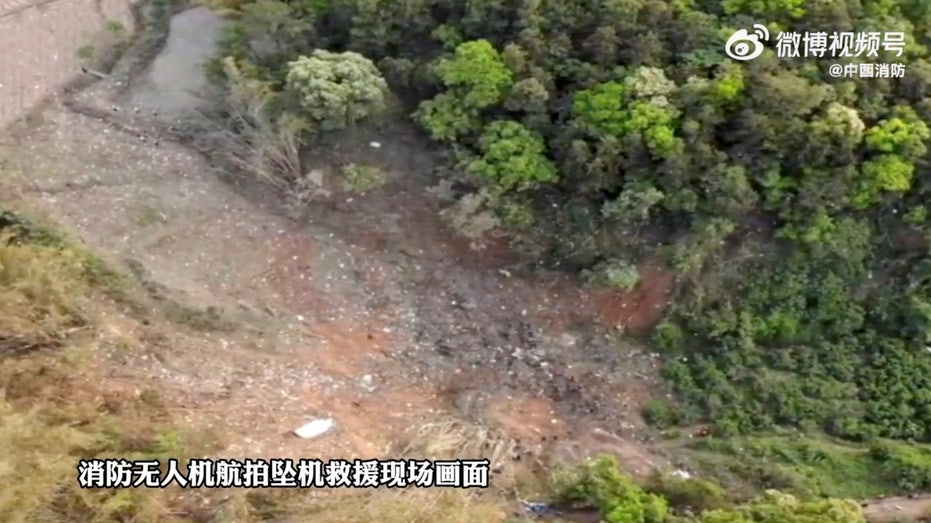 The general area of forest where the China Eastern Airlines Boeing 737-800 crashed in the Guangxi Region, China, is seen in the screengrab from a video released on March 21, 2022. (China Fire Department/Handout via Reuters) (Reuters)

Records show the China Eastern Airlines flight was cruising at 29,000 feet before suddenly plummeting into the side of a forested mountain. The aircraft left a 65-foot deep crater, leaving parts strewn across a wide area.

An aircraft controller noticed the plane's sudden drop in altitude and attempted to contact the pilots multiple times, but got no answer.