Here’s how Biden can get inflation under control

Committee for a Responsible Federal Budget president Maya MacGuineas joins ‘Mornings with Maria’ to discuss the impact of inflation on the federal budget.

Cleveland Federal Reserve President Loretta Mester said Tuesday she supports consecutive, half-point interest rate hikes at the central bank's next two meetings – and would back an even bigger increase down the road if sky-high inflation doesn't cool off by the second half of the year.

"We don’t rule out 75 forever, right? The cadence we’re going now seems about right to me," Mester said Tuesday during an interview on Bloomberg Television. "We’re going to have to assess whether inflation is actually moving down, and then we’ll be able to get more information after we do a couple of those to see," she said, referring to 50 basis-point hikes.

HOW THE FEDERAL RESERVE MISSED THE MARK ON SURGING INFLATION

Mester, a voting member on the Federal Open Market Committee this year, said that she does not want to rule any moves out after inflation rose to a fresh 40-year high in March. If prices do not begin to subside by the latter half of the year, she said policymakers may "need to speed up." 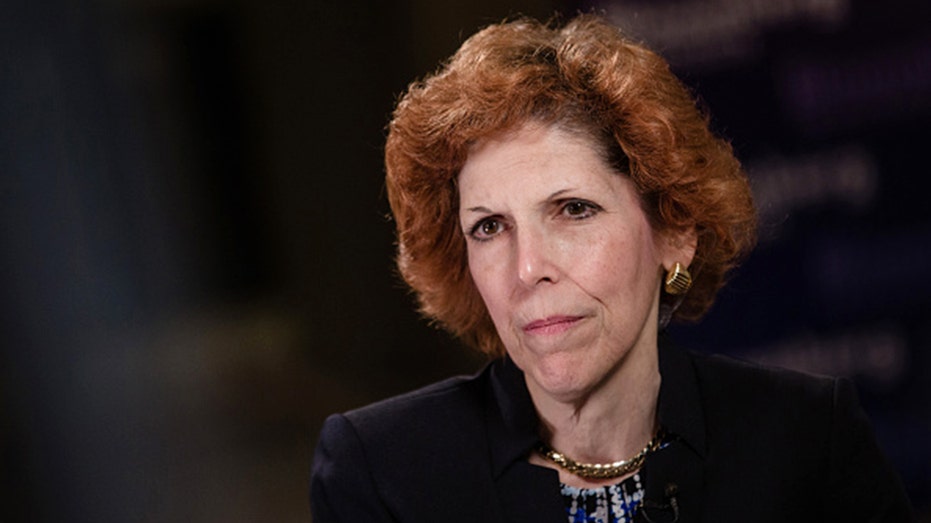 "If we see inflation moving down and demand down more than we might be predicting, then we can adjust at that point," she said.

Her comments come just one week after policymakers voted unanimously to raise the key benchmark rate by 50 basis points for the first time in two decades to a range between 0.75% and 1.0%, the highest since the pandemic began two years ago, as they look to curb consumer demand.

The Fed also announced it will start reducing its massive $9 trillion balance sheet, which nearly doubled in size during the pandemic as the central bank bought mortgage-backed securities and other Treasurys to keep borrowing cheap.

Collectively, the steps mark the most aggressive tightening of monetary policy in decades as the Fed races to catch up with inflation.

Chairman Jerome Powell all but promised two more similarly sized hikes at the Fed's coming meetings in June and July as policymakers seek to "expeditiously" get overnight borrowing costs to a neutral range of 2.25% to 2.5%.

Current market pricing shows that traders expect the rate to rise to 3.0% and 3.25% by the end of the year, according to CME Group data, which tracks trading. That would mean the Fed raises rates at every meeting for the rest of the year, including three half-point hikes.

Powell has acknowledged there could be some "pain associated" with reducing inflation and curbing demand but pushed back against the notion of an impending recession, identifying the labor market and strong consumer spending as bright spots in the economy.

"It’s a strong economy," he said last week, following the Fed's two-day meeting. "Nothing about it suggests it’s close to or vulnerable to a recession."