Family care arrangements where elderly parents give their assets to adult children in exchange for accommodation and care are becoming more common, sometimes with dire consequences.

Macquarie University associate law lecturer and PhD student Teresa Somes said the trend was likely to continue given the ageing population and concerns about the cost and quality of aged care, likely to be exacerbated by the royal commission.

Another driver is poor housing affordability in the big cities, with family members seeing an exchange of assets for care as win-win. 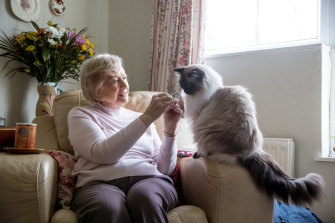 "A lot of these arrangements are entered into after some sort of crisis, whether it's the death of a spouse or some health crisis," Ms Somes said. "They're not thinking about the legal analysis of what happens down the line, they're just thinking 'oh my goodness, we need to sort this out'."

In a typical scenario, a parent might transfer ownership of their home to their adult child and build a granny flat in the yard, or sell their home and contribute the proceeds to their child's property in exchange for accommodation or care. Services Australia calls these arrangements a “granny flat interest” or a "granny flat right", and they can count in the assets test for the age pension.

Ms Somes' research shows if the agreement fails and the adult child is unable or unwilling to repay the money, the elderly person risks becoming homeless, reliant on social housing or the generosity of friends.

In one recent case in the NSW Supreme Court, a pensioner in her late 60s wound up couch-surfing with friends after her relationship with her daughter and son-in-law soured and she was asked to leave the home in which she had contributed nearly $170,000.

Ms Somes said judges across all jurisdictions have commented they are seeing more cases of this type and she plans further research on the prevalence of these arrangements. There are no official figures, though census data looks at multi-generational households.

Council on the Ageing Australia chief executive Ian Yates said there are many cases of elder abuse where the older person "gets done out of their rights" but unexpected problems could occur in any family.

"You might say 'I know my son or daughter loves me' but what if their marriage splits up and it gets complicated and you no longer have formal equity?" Mr Yates said.

"It needs to be done properly in real estate ownership terms. Family should have no issue with that because it just makes it never an issue any more."

A lot of elderly people do not take matters to court because of the financial and emotional cost.

"Litigation is quite a fraught process and it's even more so when it's involving people that you actually know and have had a relationship of trust with. A lot of elderly parents are terribly worried about the fallout, like not seeing their grandchildren again."

Most arrangements are undocumented because of the high degree of trust in the relationship and the cost of drawing up contracts or changing title deeds.

Ms Somes said formal contracts could reduce conflict, by forcing families to think about possible outcomes, but were "not a panacea". She is calling for law reform to provide a simpler and more cost-effective way to resolve disputes about informal agreements in tribunals rather than courts.