Giving to children sooner, rather than later, can be a good idea

I’m now 81 and, without being morbid, I think it’s a good idea to think about the financial ramifications of my departing this planet. Having read considerably I’ve come up with the following ideas: I have a Self-Managed Superannuation Fund which is 80 per cent invested in Australian shares and 20 per cent in cash. I figured I could cash in the shares before I die and give some of that money to my children, and then withdraw the entire balance tax-free and place it in my bank account. It could then be divided and inherited tax free by my independent children. My family home is debt free – I thought I could draft my Will requiring the house to be sold on my death and the proceeds split equally with my children, also tax free. Do you have any comments on these proposed strategies?

Your proposals seem fine and I assume that this is a fully functional family and no family dramas will occur if what you plan takes place. 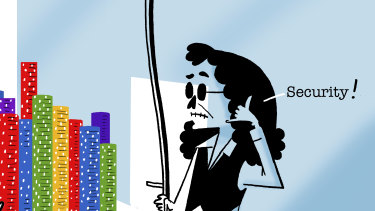 This may be a good time to get your children involved in your super fund, and give input into how the money is to be invested. This may assist them with investing the proceeds on their own behalf when they receive the money.

Giving you have excess money, I support the idea of giving some of your funds to the children sooner rather than later, so you can have the enjoyment of watching them use the money.

Keep in mind the ramifications of leaving money to children with potential money challenges. This could be for a range of reasons, such as being in business for themselves, being in a rocky relationship or having addiction problems. If that is the case, you should seek advice about including a testamentary trust in your will.

There is another reason why you may want to think twice about giving lots of money to your children. You may just need it yourself later on, for example, if you have to pay for your own aged care. Once you give money to someone it can be almost impossible to get it back.

I am 73 and single. I have been receiving a full pension since retiring a year ago. I now wish to commence part-time employment, which would give me a gross income of about $42,000 a year. Would I retain any of my pension?

A single person can earn $53,060 a year before their pension cuts off completely.

Centrelink will use your taxable income when calculating the income for the income test.

You should be entitled to the work bonus, which exempts the first $7800 a year of employment income. This will have a big beneficial effect on your pension.

I am retired with $1.6 million in super. My fund is performing well and I think it will grow. I am somewhat confused about the implications of the $1.6 million limit on money in pension phase. As my money grows, will I be required to keep the surplus in an accumulation account?

The $1.6 million is called the Transfer Balance Cap because that is the amount you are allowed to transfer to pension mode within your super. It has no effect on what your super may grow to and stay in pension mode.

Your obligations regarding the Transfer Balance would have been fulfilled when it was reported to the Australian Tax Office.

When I retired in 2009, in order to protect my super capital, a financial advisor arranged for my super money to be converted into seven annuities. One of these, which was paying me $460 per month, expired a few days ago, but the deal to extend it doesn’t impress me. My adviser wants me to pay $97,000 for an annuity to get a monthly payment of $404. After 15 years, the capital will have reduced to $48,000. Do you think I can get a better deal which protects my capital?

I am somewhat wary of annuities right now as you would be locking in today’s low interest rates for many years.

An alternative may be to invest the $97,000 into an index fund, such as the Vanguard Australian Shares Index Exchange Traded Fund (VAS) or State Street's SPDR S&P ASX 200 Fund ETF (STW).

This should give you about $340 a month, plus franking credits, which should take the net yield to more than you are being offered, if the share market performs as it has done for the past 50 years.

In 15 years, your capital should be worth $200,000 and be paying you $700 a month, plus franking. This suggestion assumes that you are happy with the volatility of the share market and would not lose sleep if the market dives.

Keep in mind that the income should continue, irrespective of the day-to-day value of the investment. I’m sure the sum invested would be worth far more than $48,000 in 15 years.

Noel Whittaker is the author of Making Money Made Simple and numerous other books on personal finance. [email protected]