To understand how Afterpay and the buy now, pay later phenomenon have attracted tens of millions of devotees in a few years, behavioural scientists are pointing back to humanities’ early days on the African savannah.

Humans survived on primal instincts like instant gratification: If you’ve got food now, you eat it now, because it might not be there tomorrow.

“It’s there for a reason, but it means that we focus on things that are currently right here right now, [and] discount the things that are in the future more heavily than we otherwise should,” says Brendan Markey-Towler, a former academic who now works at behavioural science startup Behavioural Innovation. 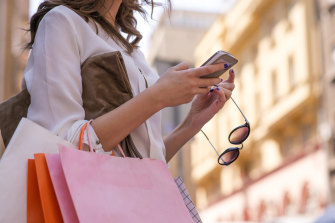 Millennials, particularly women, have been early adopters of buy now pay later, but the psychological triggers that make the service such a success are universally applicable. Credit:iStock

The official term for this psychological phenomenon is hyperbolic discounting: The disproportionate discounting of gratification – how good a purchase will make you feel – in the future.

Many sales techniques exploit that. But what makes the buy now, pay later model so remarkable is the way such a simple proposition is rolled up with other psychological mechanisms into a digital package that exploits a consumer’s impulse to buy effectively.

“It’s an interesting area where tech is intersecting with behavioural science,” says Markey-Towler.

While not a lot of research has been specifically done on buy now, pay later, the psychological drivers behind the model – like hyperbolic discounting – are well understood, says Billy Sung, an academic at Curtin University’s business school with a PhD in consumer psychology.

“It is not surprising from a psychology standpoint that [the payment model] actually is quite successful, because there’s an underlying psychological mechanism that really drives you to spend more,” Dr Sung says.

Another key ingredient of this is loss aversion bias – people’s preference for avoiding losses over acquiring equivalent gains. In this case, the averted loss is the pain of parting with your hard-earned cash. Buy now, pay later outfits, like Afterpay, soften this bias with the simple act of breaking up a purchase price into four instalments. 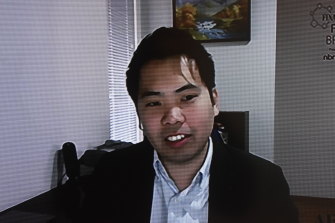 The arithmetic of quarterly instalments may be simple, but our cognition of the concept is not.

“It is costly and cognitively difficult for our brains to do that calculation on a daily basis, that’s the problem,” says Markey-Towler. For a consumer, it means that their brain focuses on the $25 instalment, not the $100 total purchase price when they buy.

“So what Afterpay does is three things: It gives you all the benefits in the present, then shifts costs into what you think are manageable, bite-sized, pieces. Then puts it off into the future where you’re not looking,” Markey-Towler explains. “So that’s a bit of a perfect storm, right?”

You only need to ask retailers what impact the idea has had in stores and online.

Consumers are not only not waiting anymore for traditional sales discounts before buying, they are also shifting to more expensive items and buying more. It makes the service invaluable to retailers and helps justify the 4 to 6 per cent fees they pay providers such as Afterpay, Zip and the Commonwealth Bank-backed Klarna.

“What Afterpay does is three things: It gives you all the benefits in the present, then shifts costs into what you think are manageable, bite-sized, pieces. Then puts it off into the future where you’re not looking.”

No wonder that PhD candidate Marta Khomyn says Afterpay was a popular topic in her behavioural finance class at the University of Technology Sydney, especially during a project looking at how companies tap into human bias in their business models. A ”disproportionate majority of students were actually choosing Afterpay as the case study,” she says.

It probably comes as no surprise to Afterpay, which actively promotes its benefits as a marketing platform that generates leads and extra sales for its retailing clients.

“We’ve seen through our own research that the value we’re adding to retailers and our share of checkout has been consistent or growing over time,” says Afterpay co-founder Anthony Eisen. 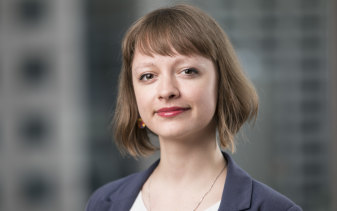 Marta Khomyn has been looking into the science behind the successful pay model in her classes at UTS.

This is backed up by brands such as millennial-focused shoe brand Steve Madden.

In 2019, soon after signing up with Afterpay, the company’s executive chairman Edward Rosenfeld reported that Afterpay was generating a significant percentage of its sales, “higher than we originally anticipated. And the nice thing is that on those transactions, we’re seeing a nice increase in the average order value”.

The good news is that no one is suggesting buy now, pay later’s viral appeal is addictive, rather than just a habit.

“Habit formation is more neutral in the sense that it is repetitive behaviour that follows a pattern and can be both either good or bad, depending on the outcome,” says Ms Khomyn.

But Dr Sung says loss aversion could be helping drive this habit strongly among buy now, pay later users. He points to research showing that while credit cards or buy now, pay later platforms delay the financial pain, satisfaction with the purchase goes down when the pain actually hits. This is not the case with cash purchases.

“When you pay cash, the satisfaction goes up,” he says.

It might explain some of the extraordinary numbers reported by Afterpay at its half-year results in February. Customers who have been using the service for more than four years have, on average, transacted on the platform 25 times over the previous year, and their usage has been increasing.

According to Dr Sung, this could derive from customers using the immediate gratification of a new purchase to mitigate against the instalment payment – and decreasing satisfaction – from the previous purchase. Think of it as a consumption snowball-effect.

“So what you might find is that consumers are in this loop of actually consuming more products simply because they feel like they could buffer the psychological pain of paying” for their past purchases, he explains.

It’s a shopping loop that bodes well for the growth prospects of Afterpay and its rivals, and the future gratification of their shareholders.