Atlas Arteria announced on Tuesday it had agreed to buy a 66.6 per cent stake in the Chicago Skyway toll road for US$2 billion ($2.9 billion), despite strong opposition from the industry super-funds-owned investment manager. 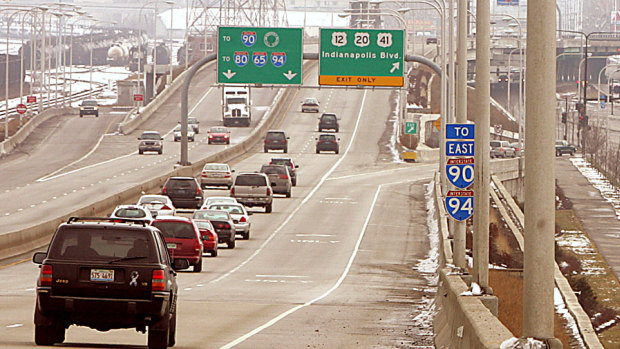 Atlas Arteria has bought a majority stake in the Chicago Skyway.Credit:Bloomberg

An equity raising will help fund the deal, for which details will be provided “in due course,” Atlas Arteria said. The company said the Chicago Skyway, which links downtown Chicago to its south-eastern suburbs, had 81 years of remaining concession life and provided congestion relief in an essential transportation corridor.

Atlas Arteria will form a venture with Ontario Teachers’ Pension Plan, which will retain a one-third interest after Canada Pension Plan Investment Board and OMERS Infrastructure sold their respective one-third stakes in the 12.5 kilometre toll road.

The acquisition was announced despite a strongly-worded statement released on Monday by IFM Investors after confirmation of the takeover talks.

The investment manager said the deal could be potentially “dilutive to distributions” and that those concerns were shared by other major shareholders. Should Atlas Arteria go ahead with it, IFM would consider all legal options available. This could include seeking an accelerated board transition by way of an extraordinary general meeting, the investment manager explained.

“We expect Atlas Arteria shareholders to strongly support IFM GIF in pursuit of these options, particularly in the context of the company continuing to progress large equity funded offshore acquisitions such as Chicago Skyway, and the fact that the company should be focussed on funding and creating value from its existing asset portfolio,” the statement read.

“We reserve all rights against directors for any diminution of value to IFM GIF’s holdings, and the holdings of other shareholders, as a result of any acquisition and concurrent capital raising.

An IFM spokesperson on Tuesday said the investment manager was “disappointed with the decision by Atlas Arteria to proceed with the acquisition of Chicago Skyway, and as a major shareholder we are considering our options.”

Atlas Arteria shares dropped 2.1 per cent in Sydney on Monday. Trading of the stock was suspended on Tuesday morning.

The acquisition is subject to regulatory approvals including consent of the City of Chicago.

Atlas Arteria owns and operates toll roads in France, Germany and the US.

IFM is one of the world’s largest infrastructure investors, and manages the retirement savings of more than 120 million people. It is owned by 19 Australian industry super funds and manages funds on their behalf as well as hundreds of other institutional investors from around the world.