Last night U.S. drug maker Pfizer and its German biotechnology partner BioNTech shared positive early data from the Phase 1 study of their COVID-19 vaccine candidate, BNT162, which advanced into Phase 2/3 evaluation late last month. It is one among seven candidates that are now in late stage clinical trials.

The companies said seven days after a second dose, both younger and older adults had higher levels of antibodies than recovered patients, and the vaccine was well tolerated across all populations with mild to moderate fever in fewer than 20% of the participants. "Assuming clinical success, Pfizer and BioNTech are on track to seek regulatory review of BNT162b2 as early as October 2020, and if regulatory authorization or approval is obtained, currently plan to supply up to 100 million doses worldwide by the end of 2020 and approximately 1.3 billion doses by the end of 2021," said the press release. The U.S. government placed an initial order of 100 million doses for $1.95 billion and can acquire up to 500 million additional doses. 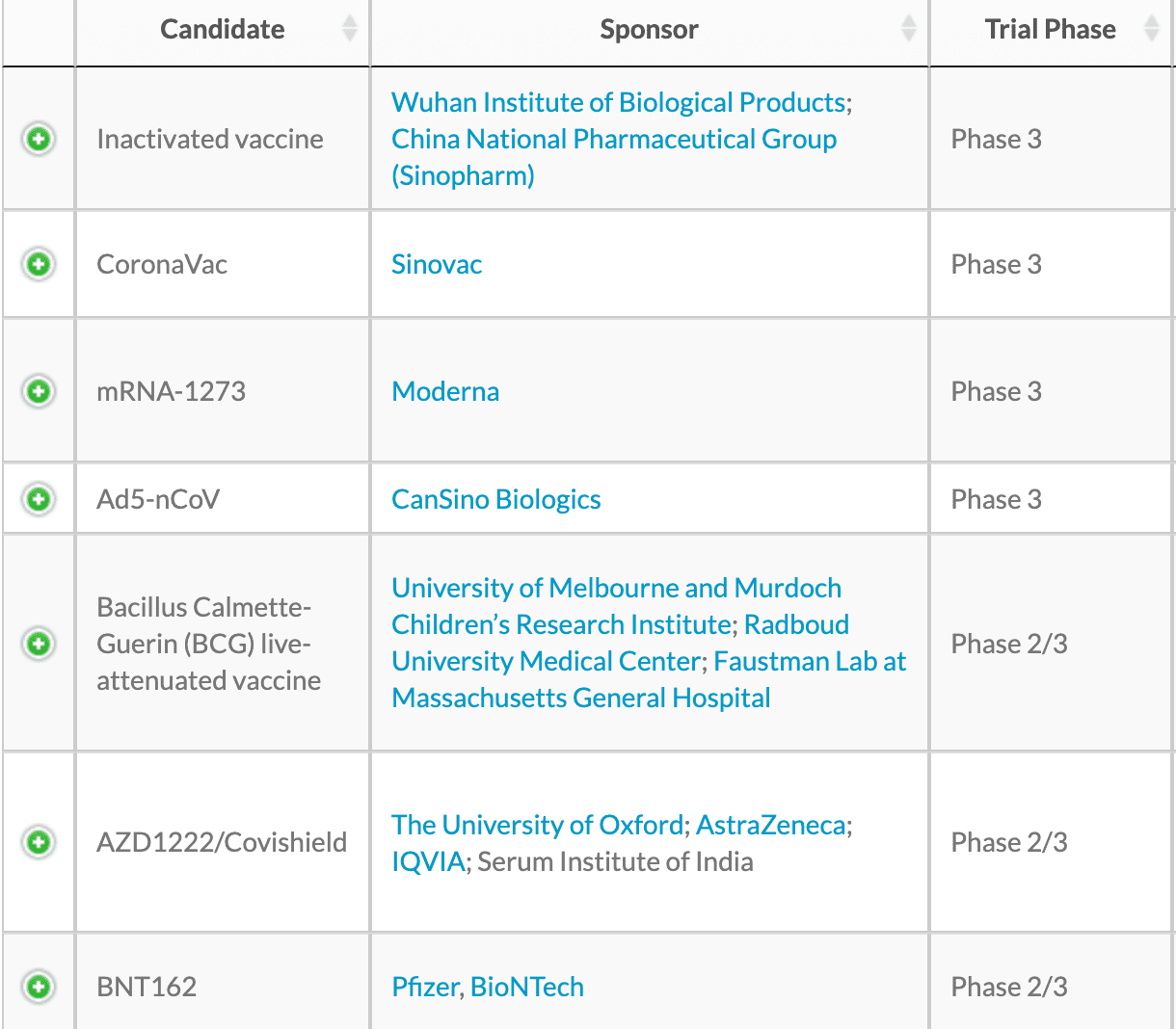 Meanwhile, Johnson & Johnson confirmed yesterday that it is planning the largest Phase 3 study of a COVID-19 vaccine we've seen yet. It is enlisting 60,000 people around the world for the late stage trial which is expected to begin by late September. Its Phase 1/2a clinical trial started last month.

If a vaccine does become available this year, as many investors remain optimistic it will, the next challenge for leaders will be persuading people to receive it. This is one reason scientists have to ensure side effects are tolerable. 35% or one in three Americans would not get a free, FDA-approved vaccine if ready today, according to a Gallup poll conducted between July 20-August 2. Australian Prime Minister Scott Morrison said Wednesday he would "expect it to be as mandatory as you could possibly make it" with few exceptions and was forced to backtrack that same day due to the backlash.

Amid all the health updates, history is often comforting as it's a reminder that we're not alone and the world has faced pandemics, recurring waves of new cases, strict social distancing rules, business closures, economic activity declines, and even mask-wearing before. We're not the first to experience these strange circumstances, and we likely won't be the last.